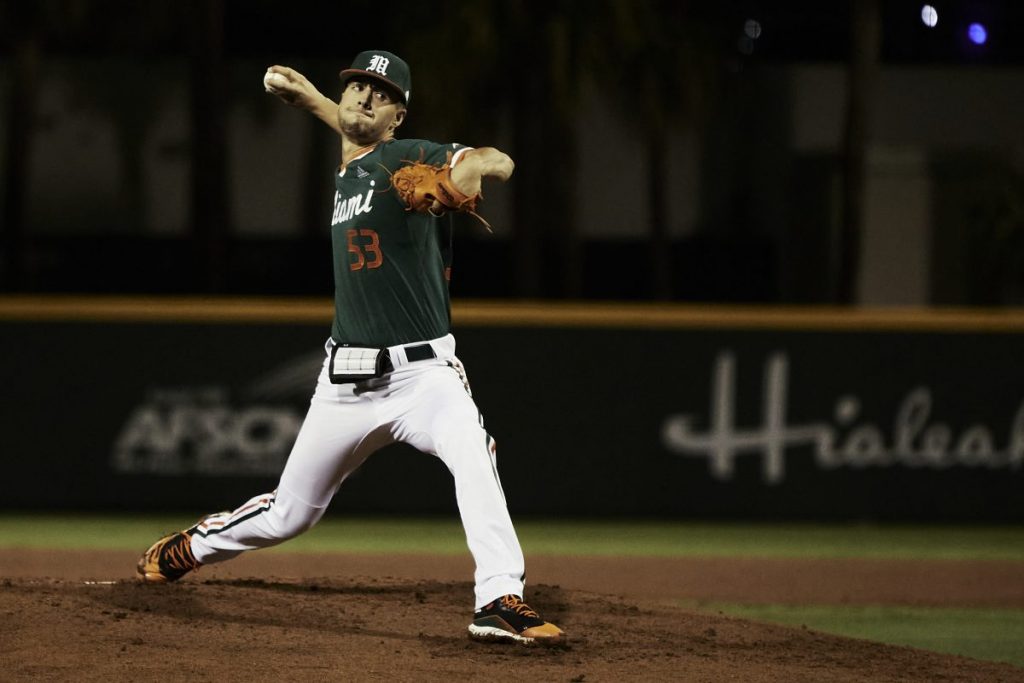 Redshirt senior Brian Van Belle could potentially have another year of eligibility after this season. Photo credit: Josh Halper

Just a day after announcing the cancellation of remaining winter championships and spring championships due to the coronavirus, the NCAA’s Council Coordination Committee announced that it will grant another year of athletic eligibility for seniors playing spring sports this year.

“Council leadership agreed that eligibility relief is appropriate for all Division I student-athletes who participated in spring sports,” the NCAA said in a statement. “Details of eligibility relief will be finalized at a later time. Additional issues with NCAA rules must be addressed, and appropriate governance bodies will work through those in the coming days and week.”

It is unclear what the specifics, including scholarships and financial aid, involved in a senior playing another year will be, but this could directly impact members of the Miami baseball team, men’s and women’s tennis, golf, track and field and rowing.

The NCAA has not made any decisions on the future of athletes who were set to participate in winter sports championships after all NCAA winter championships were cancelled. Both Hurricanes’ men’s and women’s basketball teams lost in the first round of the ACC tournament and were not projected to make either the NCAA tournament or the NIT/WNIT tournament. Miami’s track and field team had four athletes who had traveled to New Mexico for the NCAA track and field championships, but were unable to participate.

This news comes after the ACC made the decision to suspend all sports until further notice. No teams are allowed to practice during this time, including the Miami football team.

The NCAA also suspended all off-campus and on-campus recruiting for all Division I sports through April 15.