When Daniela Negri first came to the University of Miami, she found it difficult to make friends from different circles.

“You only meet the people right next to you in class and we stick with the same group of friends that we go out with on weekends,” said Negri, a business technology major.

And as school progresses and students become closer with their immediate friends, Negri said it becomes even harder to branch out. It was out of this frustration that she had the idea for Eureka Match, a professional networking app designed for students who want to connect with other students with different skill sets.

Eureka Match, she said, is an icebreaker– “a tool to know what’s out there.”

Using a swiping feature, similar to what is found on ubiquitous dating apps, students who sign up create a profile where they enter their major, academic and professional interests and any other relevant skills. Users can then swipe through profiles and match with fellow students who have other skills that they are interested in or looking for.

“It’s easy to use and very practical,” said Mariana Corsini, a junior broadcast journalism major who tried a prototype of Eureka Match. “We are used to Linkedin and Handshake, but this is different.”

Eureka Match emphasizes a user friendly interface that students will be familiar and comfortable with. Negri discovered, after conducting more than 100 random interviews with UM students, that they often don’t feel “natural” on Linkedin, especially if they lack work experience. Where Linkedin is focused on finding jobs and primarily designed around working professionals, Eureka Match is focused on students.

“We want to facilitate an exchange of knowledge,” Negri said. “[UM] has great people and when you put them together great things can happen.” 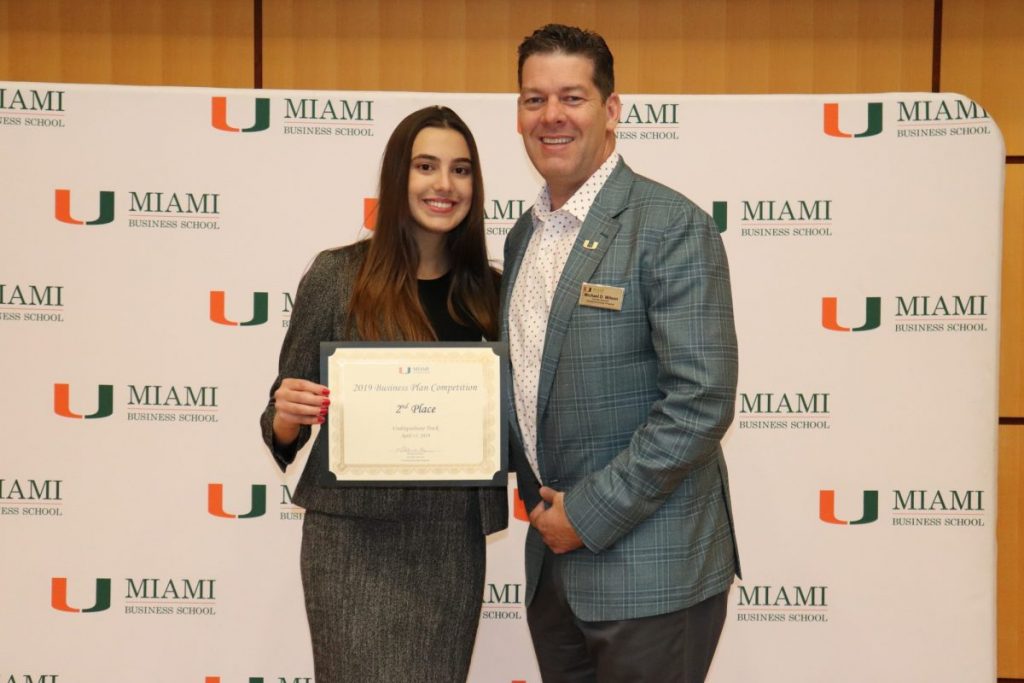 “I had never done anything like it before,” she said. “All I had was a business plan…and an idea.”

Although Negri remembers being nervous during the presentation, Hassan Tabbah, a judge in the competition, remembers differently.

“Her presentation was excellent and her idea was excellent,” Tabbah said. “She found a niche in the market and filled it.”

Tabbah said he was so impressed with Nagri’s passion and the idea, that he told her she could get in touch with him if she needed future assistance.

“It’s about the passion behind the person,” Tabbah said, who went on to work with Negri in a “mentorship” role. The process of creating a business can be challenging, Tabbah said.

It’s a challenge Negri has seen before. The daughter of an entrepreneur, Negri watched her mom spend hours everyday starting a dentist franchise, which now has 20 locations in Brazil serving low-income and middle class areas.

With the first part of the challenge done, Negri and her team of five other students are ready for Eureka Match’s launch. Pending legal formalities, Eureka Match is scheduled to launch this month. It will be free to download and use on iOS and Android.

To beta test Eureka Match and get more information, sign up here.