Home » Update: How coronavirus may affect Miami athletics, home games to be played without fans

Update: How coronavirus may affect Miami athletics, home games to be played without fans 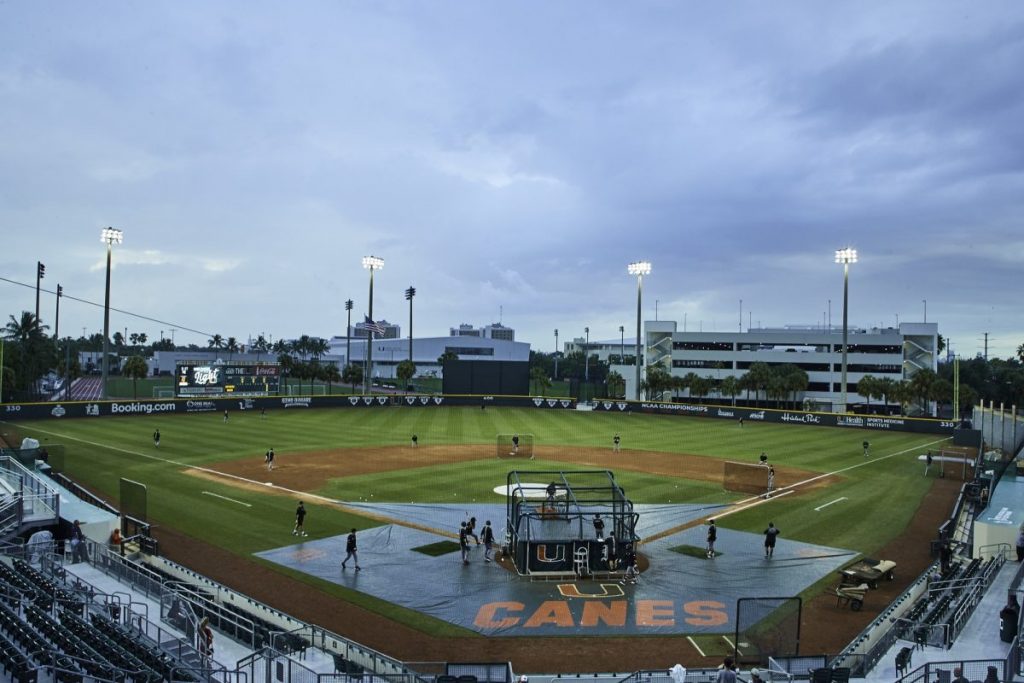 Miami athletics are proceeding without change as of March 11. Photo credit: Josh Halper

The University of Miami announced in a statement Thursday that home sporting events will still be played, but without fans.

“Home athletics competitions will continue without fans. This decision follows the NCAA decision yesterday to conduct the men’s and women’s basketball tournaments without fans,” the statement from the University read.

No update has been provided on the future of spring football practices or the spring football game, which is scheduled for April 11. The football team was on a break from practice for spring break, but was set to resume practice on Tuesday, March 17.

The Miami men’s basketball team lost in the first round of the ACC tournament in Greensboro, North Carolina on Wednesday, March 11. The ACC tournament held events as regularly scheduled, but announced in a statement Wednesday night that the remainder of the ACC tournament will be played with “only essential tournament personnel, limited school administrators and student-athlete guests, broadcast television and credential media members present.”

The Miami women’s basketball team also lost in the first round of the ACC tournament in Greensboro on March 4.

However, the NCAA announced Wednesday that the March Madness tournament for both men’s and women’s basketball will be held with “only essential staff and limited family.”

“While I understand how disappointing this is for all fans of our sports, my decision is based on the current understanding of how COVID-19 is progressing in the United States,” NCAA president Mark Emmert said. “This decision is in the best interest of public health, including that of coaches, administrators, fans and, most importantly, our student-athletes.”

“NCAA member schools and conferences make their own decisions regarding regular season and conference tournament play. As we have stated, we will make decisions on our events based on the best, most current public health guidance available.”

The National Invitation Tournament (NIT), an NCAA sanctioned invitational tournament that begins March 17, will also be held without fans in attendance. The WNIT is continuing with standard preparation in advance of the event.

On Wednesday morning, the Ivy League announced the cancellation of all spring sports for the remainder of the 2019-2020 school year. The Miami baseball team was scheduled to play Princeton in a three-game series on May 1, May 2 and May 3 at Mark Light Field. Miami’s women’s tennis team was supposed to play Yale on March 13 at the Neil Schiff Tennis Center in Coral Gables. Neither games nor matches will be played.

The Patriot League is the second conference to cancel spring athletics and many individual schools have announced that games will be cancelled or played without spectators.

The University of Miami Athletic Department could not be immediately reached for comment.

UM confirms no known coronavirus cases at this time after scare in dorms
A full list of U.S. colleges moving to remote learning due to coronavirus pandemic