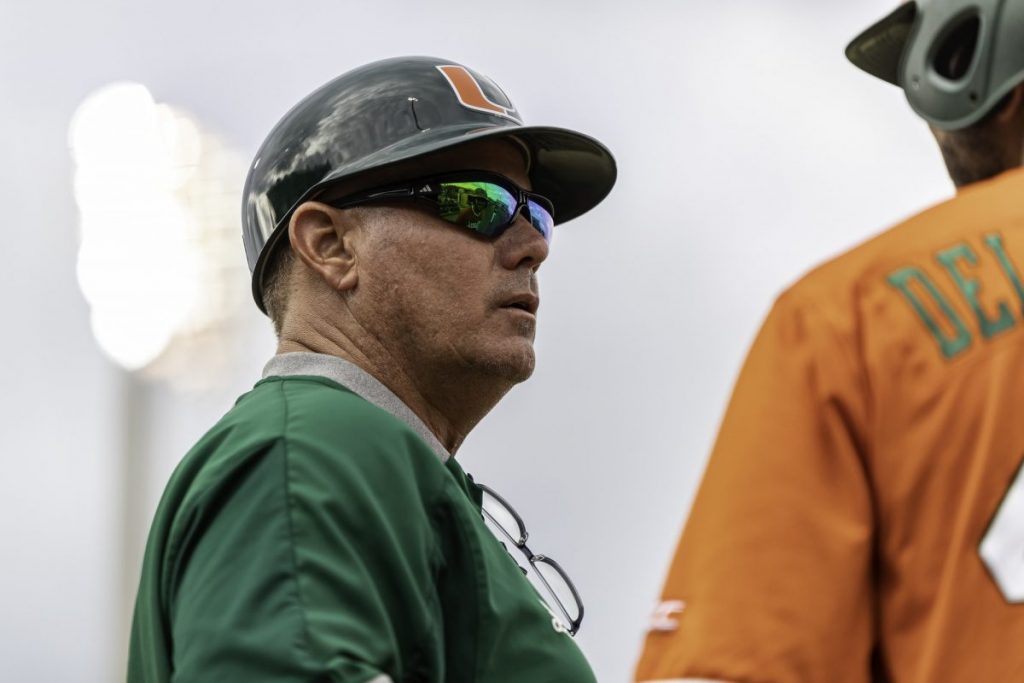 The Miami Hurricanes traveled north on I-95 to Boca Raton for a Wednesday night game against the Florida Atlantic Owls, where the Hurricanes fell 11-2.

Miami struggled with hitting and left 11 runners on base, struck out 11 times and batted 2-15 with men on base.

This game appeared to be a pitchers duel early on until the Owls got their bats going in the bottom of the third inning against Miami’s freshman starting pitcher Alex McFarlane. After a leadoff single by the Owls’ Nicholas Toney, he was hit home on a single by Jackson Wenstrom. Wenstrom advanced to second on a wild pitch and went on to score after a single by Francisco Urbaez to give the Owls a 2-0 lead. McFarlane found himself in trouble and was taken out after two innings pitched and two earned runs. Fellow freshman Jake Garland came in with two men on an nobody out. Garland struck out the next three batters, which got the Hurricanes out of a jam and kept the game in reach for Miami.

Unlike last series against Towson, Miami was unable to get its bats going and found themselves in an early hole.

Toney’s RBI single in the bottom of the fourth gave FAU a 3-1 lead.

Pitcher Spencer Bodanza came in for relief and after one clean inning, he was taken out after walking two consecutive batters. Albert Maury Jr. came in against the red-hot Toney and he roped a deep line drive off the right field wall that gave the Owls a 4-1 lead. FAU took a 5-1 lead on an infield single by Wenstrom. Toney went 3-4 with two RBI’s and one run scored.

The Hurricanes used a lot of pitchers to work out of constant trouble caused by the Owls batters.

Lefty J.P. Gates came in with two runners on and on a wild pitch, the Owls extended their lead to 6-1.

Florida Atlantic constantly was able to keep pressure on the Miami pitchers by working the count and forcing the pitchers to throw strikes. FAU combined to draw seven walks and reach base on nine hits.

Owls lefty Cooley deserves a lot of credit for how he was able to navigate Miami’s dangerous lineup. Cooley left after pitching 6.2 innings with 5 strikeouts and two earned runs.

Miami was able to load the bases in the top of the seventh inning, but only scored one run and left the bases loaded. Gil struck out to end the inning.

The game ultimately got out of hand in the bottom of the eighth inning when Urbaez hit a three run blast to left field off of freshman Alex Munroe. FAU added two more runs on an error by outfielder Tony Jenkins and a wild pitch.

Miami (8-4) opens up ACC play by hosting the University of Pittsburgh for a three game series this weekend. First pitch for Friday’s game is set for 3 p.m.