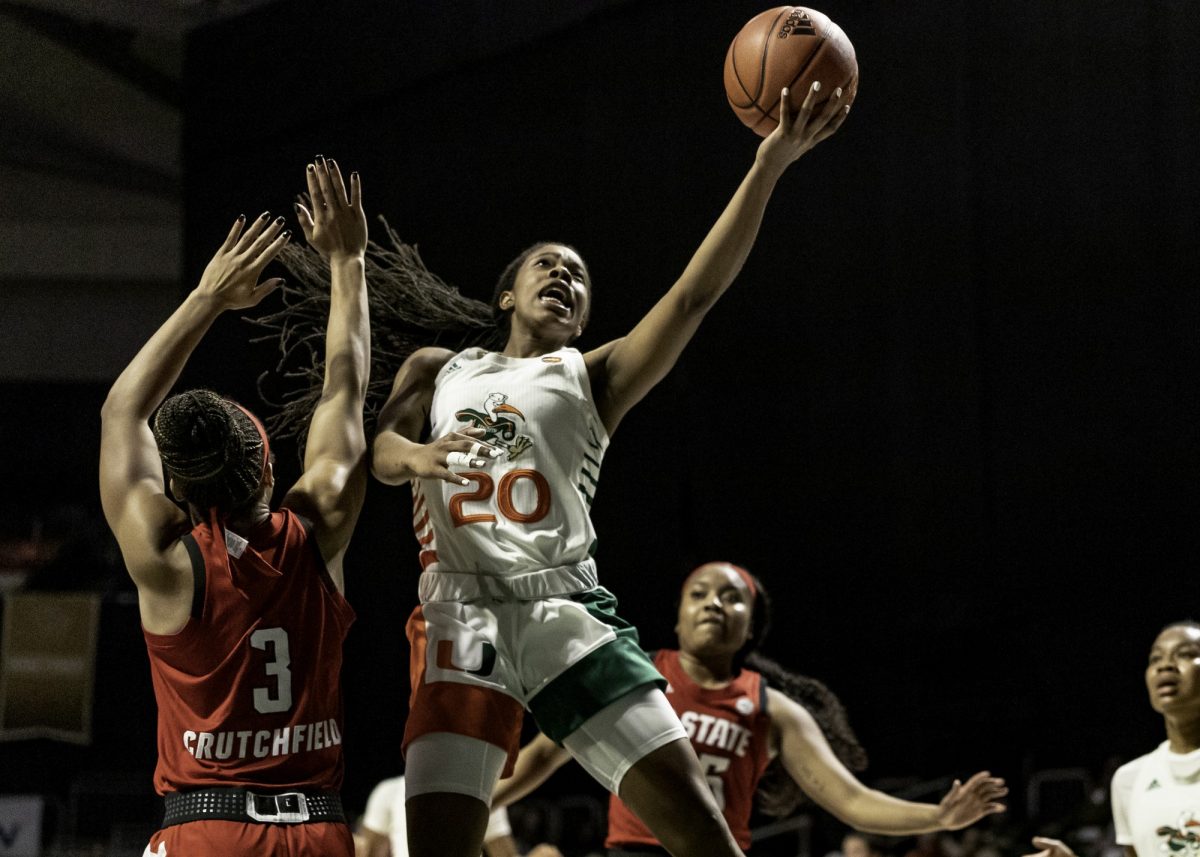 Miami head coach Katie Meier’s hopefulness for her team fell short Wednesday night in Greensboro, North Carolina, as her team lost to the Clemson Tigers 71-56 in the first round of the ACC tournament.

“You have to give a lot of credit to Clemson, its percentages were incredible and Kobi [Thornton] was really special,” head coach Katie Meier said. “The three-ball has been our friend in February, but they weren’t going in tonight.”

The Canes came out of halftime with some fight. Led by redshirt senior Beatrice Mompremier, Miami went on an early 7-2 run. Mompremier, who played in just her fourth game since returning from an injured foot, scored six of the team’s seven points. The Tigers were forced to take a timeout with Miami up 41-39. Clemson took the game back over after the timeout and went on a 16-3 run to end the quarter. Miami continued to struggle in the fourth quarter and allowed the Tigers to push their lead to 15 points, a lead that Miami was not able to overcome.