Home » ‘Unlocked’ is an exercise in sheer creativity and fun

‘Unlocked’ is an exercise in sheer creativity and fun

There is nothing fans and music aficionados look forward to like collab albums. The process of two artists or producers, especially ones who are well-known, coming together to create a musical baby always gives the industry a much-needed boost.

A perfect example is Drake and Future’s 2015 “What A Time to be Alive,” a project widely-praised for catching the men at the height of their careers and launching producer Metro Boomin into the mainstream.

Though less star-studded, Denzel Curry and Kenny Beats’ collab “Unlocked”– released Feb. 7– has the same recipe: two men at the peak of their careers with the talent to materialize into a cult classic. 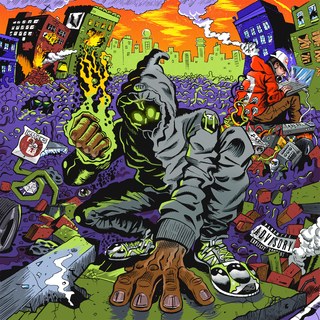 Curry is a hip-hop superstar— some of us just don’t know it yet. The Miami-bred rapper has been on the scene since 2011, when he released his first mixtape titled “King Remembered Underground Tape 1991–1995.” It was this mixtape that garnered rapper SpaceGhostPurrp’s attention and made Curry into a member of the collective Raider Klan– a hip-hop group that had influences from Memphis crunk and Houston screw music.

His experimentation pushed past the years of his teens, as recent albums show that Denzel is more than skilled at switching sounds and styles. His third studio album “TA1300” (pronounced Taboo) earned him critical acclaim as he combined the smoothness of southern music with the murkiness of alternative and metal rap. A year later in 2019, he followed up with “ZUU,” a colorful ode to Miami.

Like most of Curry’s projects, the 8-track album, made in only 72 hours, came as a happy surprise. With Kenny Beats’ help, the tape sounds straight out of the gritty streets of New York. The first song, titled “Track 01,” razzles and distorts as it takes listeners into a hazy world reminiscent of MF Doom. Curry’s appreciation of east coast-style rap shines so much you almost forget he’s an OG Florida boy.

His manic and brash rapping gradually builds up and bursts through on other tracks like “Lay_Up.m4a” and “DIET_” and slows down just a tad on “‘Cosmic.m4a’,” which sounds like a nod to early Pro Era production. On perhaps the album’s best track, “So.Incredible.pkg,” he raps “I don’t write rhymes, n**** I write checks / Might rewrite your life if the price set,” embodying perfect braggadocious, New York energy.

What makes “Unlocked” so special is that it’s an example of what hip-hop needs right now: pure unfiltered creativity between artists and producers. The pair got in the studio, challenged themselves to come up with something in 72 hours and produced a project that was a ball of crazy, vibrant energy.

It is a smorgasbord of shapes, sounds and raps from two of contemporary rap’s most talented players. They didn’t follow the rules or the clout, and that’s exactly what rap needs right now.