The Omicron Delta chapter of Omega Psi Phi, also known as the Ques, is a historically black fraternity that has existed on the University of Miami’s campus since 1971.

This fraternity is part of the Divine Nine, which are the nine historically black Greek letter organizations.

Senior Justin Sauer is the basileus, or president, and keeper of finance for the Omicron Delta chapter. Sauer is the first white basileus of Omega Psi Phi at UM.

As the basileus of the chapter, Sauer said that the majority of his job is delegating roles and making sure things are being submitted, publicized and running smoothly. 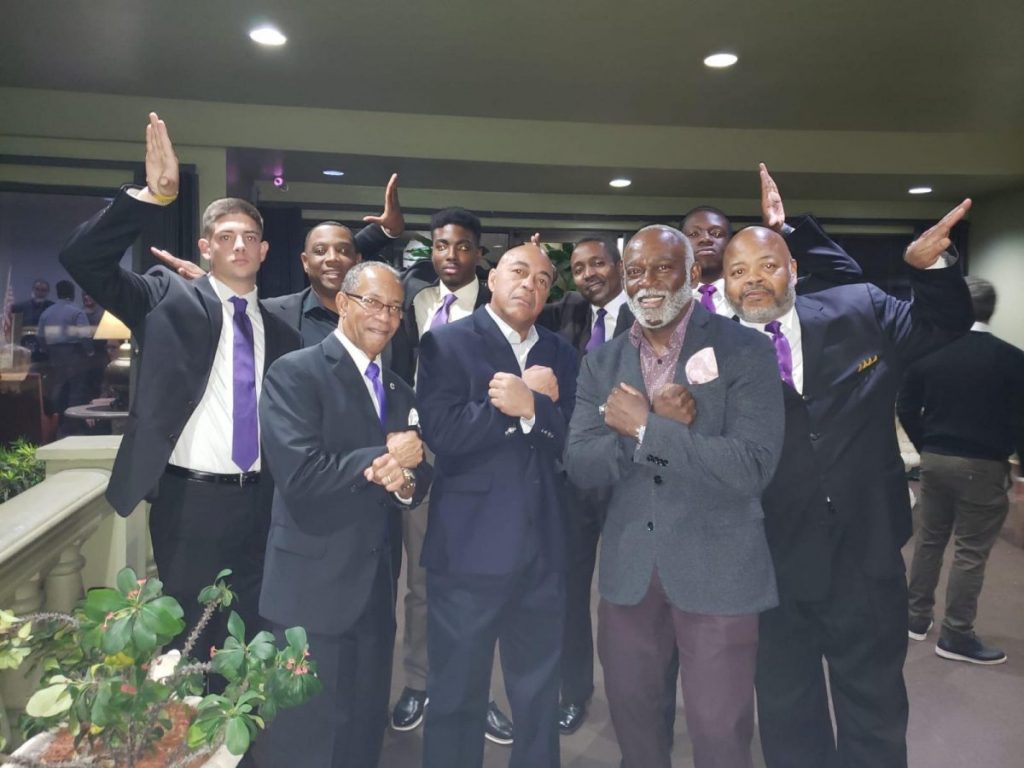 Even though he is not black, Sauer said that he has to be knowledgeable about black history and make sure to shine a light to black accomplishments in the past to ensure that the black culture is being furthered and known.

“For one, I do understand that I am white,” said Sauer, an exercise physiology major. “There is a certain level of respect that you have to give black culture and history month. I am not in the black fraternity not knowing anything about black history. You got to be filled in and understand.”

Sauer said that a majority of the Omega Psi Phi members were people that he met through football.

“Playing football, I meet a lot of members who were influential in my life who were from Omega Psi Phi,” said Sauer. “I was never a big fan of the other predominantly white fraternities even though I am white, and my father was in one too.”

Sauer said that his father was in Alpha Sigma Phi at the New Jersey Institute of Technology, located in Newark, New Jersey.

He added that one key influential figure that informed him about the Omegas was a mentor during high school.

“One of my very good mentors- his name is James Witherspoon- pledged Spring ’90 at North Carolina Agriculture and Technology,” said Sauer. “When I was going through high school, I used to date his daughter for a long time, so he was a big influence in me pledging this fraternity.”

Junior Aaron “Marckell” Williams said he comes from a tradition of being in Omega Psi Phi and having the Divine Nine as a part of his family. 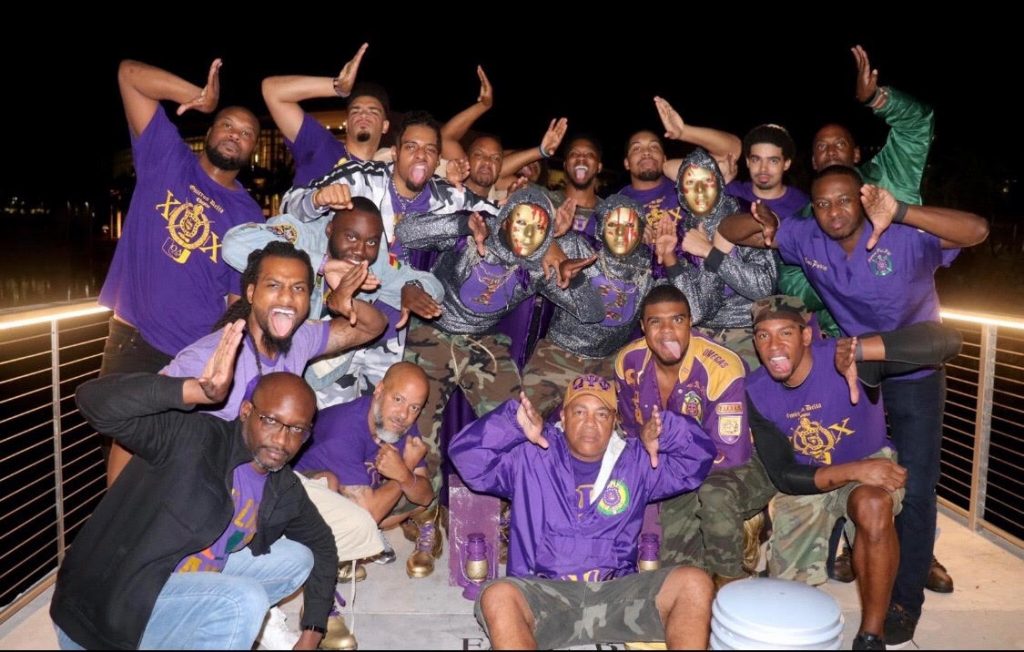 Williams, who is public relations major, said his father was part of the Gamma chapter of Omega Psi Phi at Northeastern University. He said that he was exposed to the fraternity early and knows many of his father’s pledge brothers as his uncles.

Williams added that his maternal great-grandfather, cousins and uncles pledged Omega Psi Phi. His great-grandmother was part of Delta Sigma Theta, which is a sister sorority to Omega Psi Phi.

“I remember seeing a guy with a purple and gold wrist band,” said Kpotogbe, who is an undeclared major. “He was talking to me like he was my father, like I was his friend.”

Omega Psi Phi’s motto is “friendship is essential to the soul,” and its core value encourages current members to seek deep relationships with alumni.

For Kpotogbe, he said that friendship comes from sharing the same values and bonding on those fundamentals.

“I feel like the best friendships are the ones where you share the same values,” said Kpotogbe. “When you have the same goals, aspirations, all do service together and just positivity—it’s just a bigger picture at the end of the day.”

He added that he learned the simple acts of friendship go a long away.

Williams said that his definition of the motto is to have other brothers’ back and be genuine friends.

“I feel like a lot of times in this life, it is easy to make superficial friends or people who we don’t trust, and it is really hard to find a genuine bond,” said Williams. “To have the security with my fraternity brothers, no matter what is going on, I will always have people who are there for me—support me, mentally, emotionally, financially and physically.”