The palm trees and beaches of South Florida are far from the pines and frozen lakes of Minnesota. Nevertheless, when sophomore Beth Mosch came to campus, she sought to bring a piece of home with her: ice hockey.

A motion pictures major, Mosch is attempting to start a women’s ice hockey team at the University of Miami. While men’s club ice hockey has been available on campus since 2011, this would be the first female ice hockey team assembled at Miami. 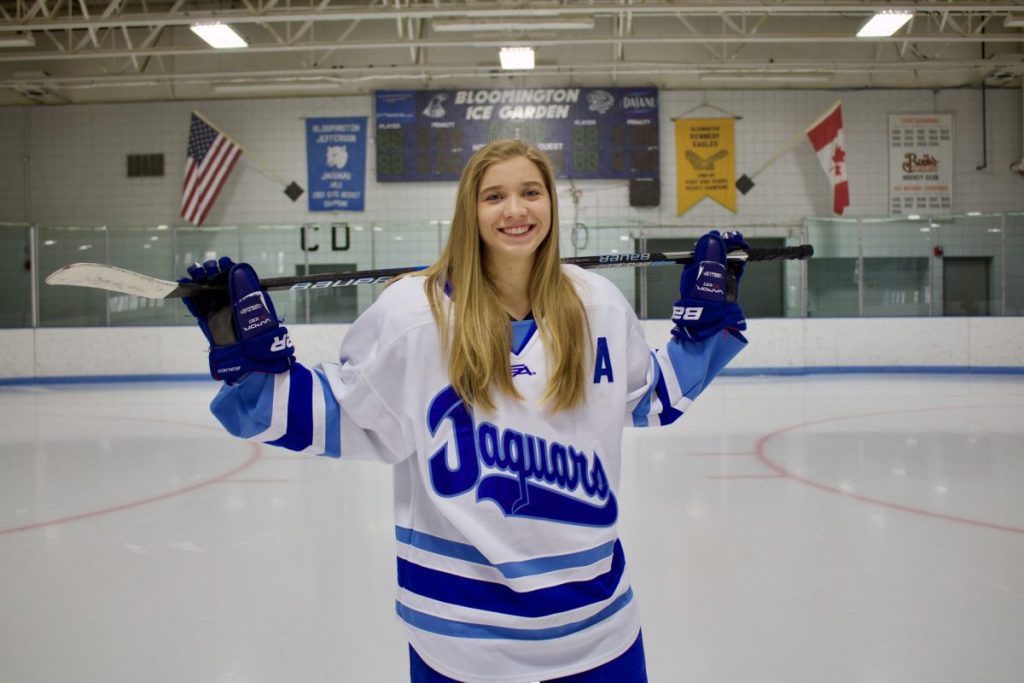 For Mosch, the desire to spearhead a new club sport on campus came naturally.

“I just missed the sport so much,” Mosch said. “Hockey is my favorite sport and not being able to play it for so long was hard.”

For her, hockey was more than a sport, but a lifestyle she had kept since childhood.

Mosch was first exposed to the sport in the fourth grade after playing floor hockey in gym class. After that, she was hooked, but not everyone believed her dream was feasible.

“I told my parents and they said, ‘But you don’t even know how to skate.’ But I went out and did open skates and got started,” Mosch said.

Nevertheless, several obstacles still stood in her way as she worked to grow within the sport.

“I actually started playing hockey pretty late compared to everyone else that I knew. You had to start learning how to skate by first or second grade to even have a shot.”

From that point forward, her newfound love of the game would not let her lack of experience hinder her progress. Mosch persevered and developed into a highly talented ice hockey player, eventually becoming the captain of her high school team her senior year.

She continued her athletic career in college, accepting an athletic scholarship to play lacrosse at Lindenwood University in Saint Charles, Missouri. She played there her freshman year but longed for the day that she could return to playing the sport that had been such an integral aspect in her upbringing.

Since arriving to Coral Gables, the sophomore has shifted from growing within the sport to wanting to grow the sport as a whole. She wasted no time promoting the new program and gauging interest from students and others who wish to support the team.

“I have an interest forum I’ve started online and I’ve had 25 different people reach out to me that are not only current students but also people who want to coach and girls who are still in high school that would love to come here and do this once they are at UM,” Mosch said.

The enthusiasm has provided Mosch with substantial optimism regarding the viability of the club.

“It’s kind of cool to see the range of people who are interested in supporting this,” Mosch said.

Among those interested in supporting the new ice hockey team is 14-year veteran National Hockey League player Dennis Maruk, who offered to serve as head coach for the starting program. Aside from outside support, Mosch assembled a preliminary roster of approximately 20 players, well beyond the minimum required to field a competitive team.

Mosch’s current goals for this semester will include getting the team approved and funded by the university as a club organization. In addition, the club president is confident that the team will be able to scrimmage other Florida teams, notably the University of Tampa’s women’s ice hockey team, before the spring ends.

While the progress that has been made this past semester is certainly admirable, Mosch has greater ambitions for the program and what she believes it can become.

“One of the biggest reasons for starting this program was growing the game and the sport because like an athlete in any sport, it’s an important thing to increase awareness,” Mosch said. “Growing the game is a big part of the culture around it.”

Mosch said she hopes in the years to come that the team will be a well-known organization that attracts high-level coaches and competition from around the country.

This article was reported and written by Andre Madrid.