Known for his youthful and intimate pop music which borrows influence from jazz, soul and hip-hop, Alex O’Connor– professionally known as Rex Orange County– brought his “Pony” tour to Miami on Saturday, Feb. 15. Surprising yet heartwarming, the audience was overwhelmingly young teenagers, many accompanied by parents who joined their eager children in lining up outside the venue hours before doors opened. 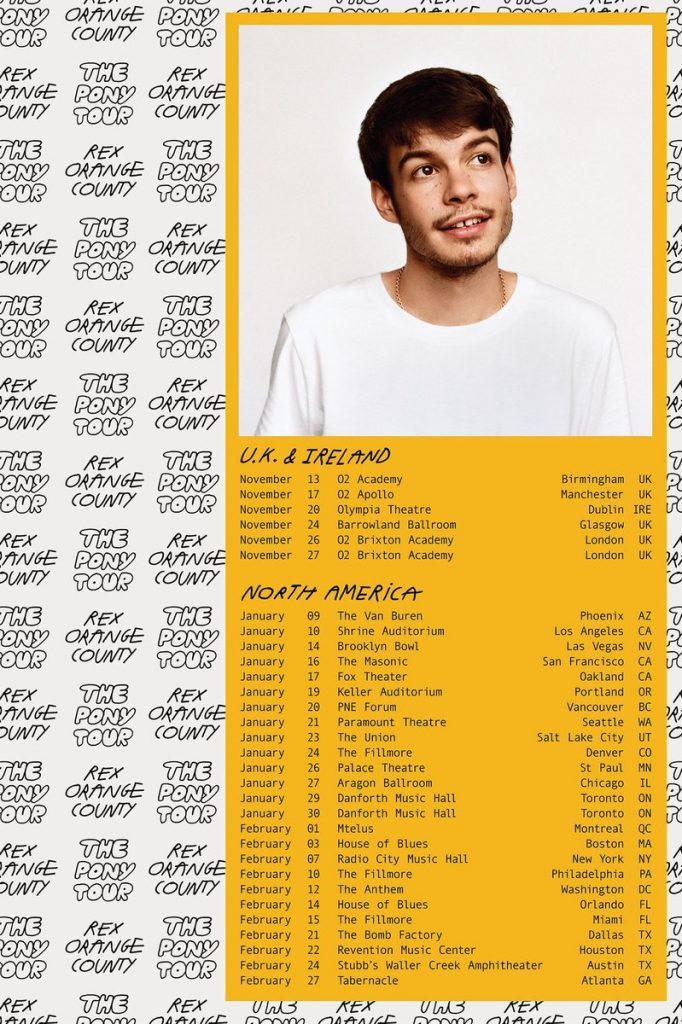 The British singer and songwriter opened the show with a piano solo against a backdrop that included sunflowers and cartoon-like clouds, providing an immediate and pleasant escape from the outside world.

Songs such as “10/10” and “Television/So Far Good” got the crowd dancing and jumping around. Rex, despite his timid demeanor, evoked a warm energy– pulling the crowd closer with each track. A musicians playing the trumpet and the saxophonist complimented the artist as he transitioned from the piano to the guitar to just him and the microphone.

After getting the crowd moving, Rex dropped the curtain for a moment of intimacy. Unlike many artists, Rex opted to keep his transitions short, his shyness seeming to prevent him from candidly interacting with the crowd.

He seemed to know his audience, expressing thoughts solely through music rather than discussing the songwriting process or his emotions.

“Rex is timid as a hype-man, but great as a presenter,” said Dalia Ali, a UM senior studying neuroscience and English.

Later, the curtain went up, once again evoking an otherworldly feeling throughout the venue. Vibrant pink lights transitioned to dim purple and blue ones, mimicking the mood that drifted from happy to sad.

At one point, Rex requested the audience put away their phones, creating an intimate, one-on-one moment that he wanted to share only with those in attendance. Tender songs discussing love, mental health and the confusions of life oscillated between joyful songs such as “Every Way” and “Stressed Out” to melancholic songs such as “Pluto Projector.”

The gentleness was soon traded for disco balls and downpouring confetti as Rex tapped into his older, fan favorites. “Best Friend,” “Loving is Easy” and “Sunflower” reminded the audience of the music he started with and the sound they grew to love.

“It’s cool that his music is universal,” they said. “His music, it’s more towards a younger demographic. But, it’s the feelings he put out that other people related to it. It’s absolutely genuine.”

After the finale, the audience pleaded for one more song. So, Rex came back on stage to end the show with his song “Always.”

Before bidding farewell, Rex kindly thanked his audience in a way so gentle and child-like that the Fillmore MIami beach radiated with heartfelt humility. And listeners were grateful as well, reveling in a new sense of hope that Rex Orange County inspired on stage.