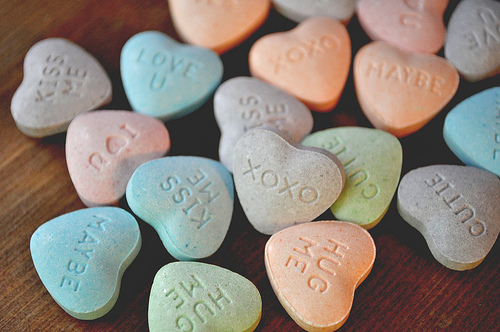 Last week, I spent my Valentine’s Day was spent sitting in my bed alone balancing a bag of veggie chips on my stomach while I rewatched “Infinity War.” Even though being in a relationship sounded really cute, I was surprisingly content with where I was and the lack of male company.

Last semester was the first time I was asked out on a date. I used to see myself as pathetic for never having experienced it. But experiencing romantic attractions and going through many “talking stages” taught me that it’s okay to take my time. Through all this, I got to learn a lot about myself and what I’m comfortable with.

I think I’ve learned a lot by observing the way people love. I’ve found that it’s important to understand the ways you show affection and the way you want others to show affection, otherwise known as knowing your love language. It was not until only recently while being single that I realized how I showed affection and how I liked affection to be shown to me.

I don’t know who needs to hear this, but knowing how you love does not need to come from being in a relationship. There are many ways we experience love every day that we seem to always take for granted once Valentine’s Day comes around. We forget about our families who love us, our friends who love us and maybe we don’t even show enough appreciation to our pets for their unconditional love.

Being single for so long used to be a cause of concern for me because I assumed that it meant I was lonely. I had never taken the time to reflect on the experience as a positive one.

It took a lot of time for me to become content with being alone. Being alone does not have to be lonely. I believe loneliness refers to an actual want to be surrounded or with others; a want that is not being fulfilled. But being alone, on your own does not have to be a bad thing. It is just as fulfilling to spend time getting to know who you are over someone else.

So I hope for Valentine’s Day everyone took the time to not just think about others, but to also think about themselves, either preparing to spend time with someone else or indulging in some own alone time. Whatever the case, hopefully we all did it with love.

Zaakiyah Rogers is a senior majoring in screenwriting and media management.