Op-Ed: Innocents suffer in cross-fire between De Santis and Biden after cease of license renewal for undocumented children facilities

Editorial: Navigating shifting policy from UM and the CDC

HP has been promoting the event on social media and around campus with digital signage, palm cards, and front-row seat giveaways. With the buzz of excitement radiating on social media, the group projects between 200 and 250 students will attend, said Nkosi Robinson, sophomore marketing chair of the HP Daytime and Special Events Committee. 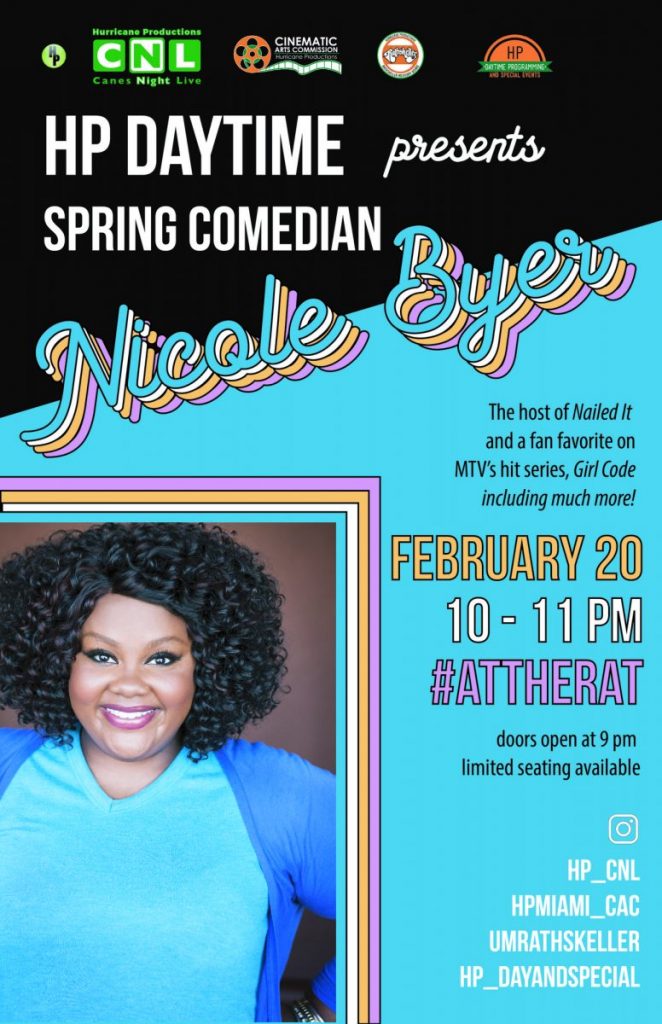 “I think she’s hilarious,” Robinson said. “I wasn’t a fan of hers before because I hadn’t watched anything she was part of, but having watched her clips recently, I’m very happy that she is going to be here.”

Byer’s comedy style is fitting for a college audience, said Kayla Condon, 21, chair for HP Daytime and Special Events. “I think she has a very strong comedic personality that the student body will enjoy. She is bubbly, mouthy, goofy, vulgar, at times sexual and very real in the broad type of comedy she performs, Condon said.

The comedy show will take place at 10 p.m. at the Rathskeller; doors open at 9 p.m. to all students or anyone with a valid Cane card.