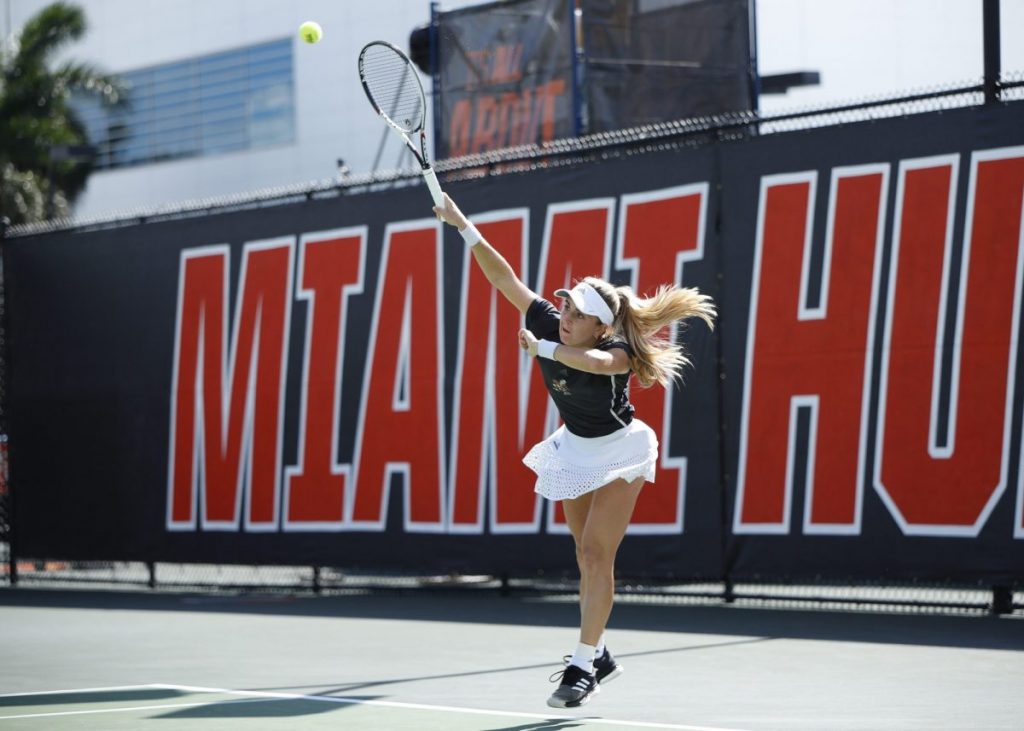 It was a picture perfect afternoon Monday at the Neil Schiff Tennis Center in Coral Gables despite the Hurricanes falling to the number four ranked Florida State Seminoles.

Fresh off a win against No. 17 Georgia Tech, the Hurricanes two match win streak was snapped after they lost 4-3 to FSU.

The Hurricanes struggled early in their doubles matchups and lost all three matches.

Florida States Sasha Hill and Emmanuelle Salas defeated Yuna Ito and Florencia Urrutia 6-4 and Victoria Hill and Petra Hule defeated Selma Cadar and Estela Perez-Somarriba 6-2. The difference for Hill and Hule was their ability to return close to the net.

“I think we started out flat in doubles with our energy and I think it set a tone for the beginning of the match, which I wasn’t that happy with,” said Miami head coach Paige Yarokshuk-Tews.

Following three disappointing doubles matches, the Hurricanes were not about to go down without a fight.

Daevenia Achong competed against Petra Hula in a back and forth first set, losing 7-6. While down 3-0 in the second set, Achong received assistance from the teams athletic trainer having both ankles taped. Ultimately, Achong was unable to mount the comeback and fell 7-6, 6-2. 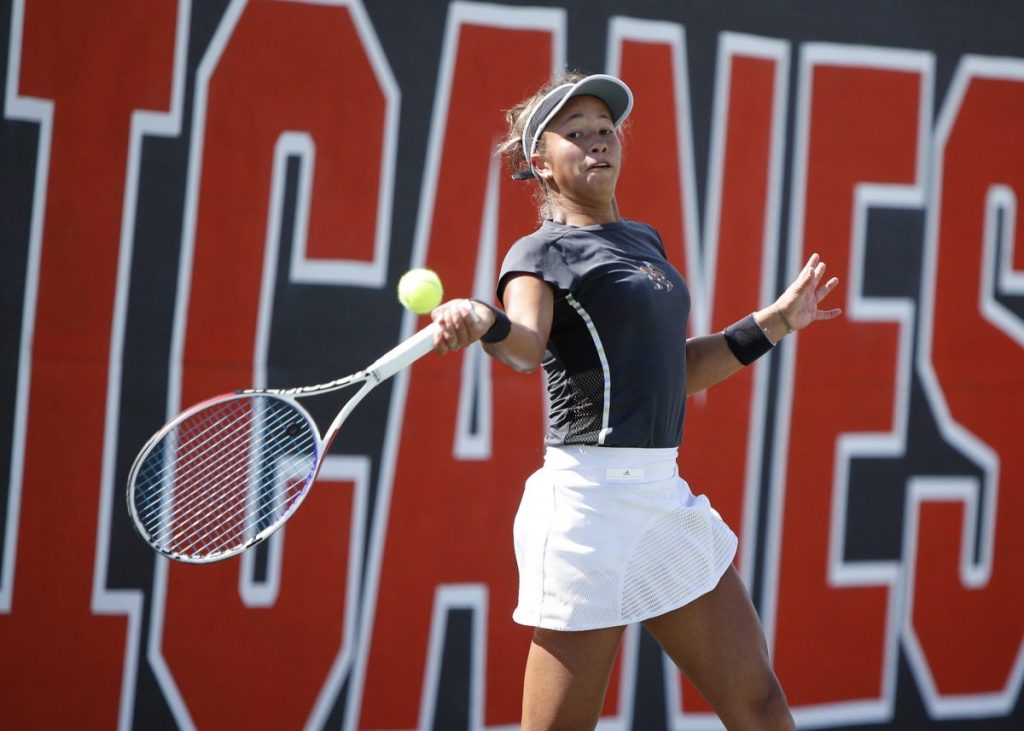 Estela Perez-Sommariba proved once again that she is the best player on the courts and won in dominant fashion, 6-1, 6-1 against Emmanuelle Salas. This was Perez-Sommariba’s first match since being defeated by young tennis sensation Coco Gauff in an exhibition match Saturday night.

Florencia Urrutia’s first set was a close one and she won 7-6, 4-1 after Sasha Hill retired. 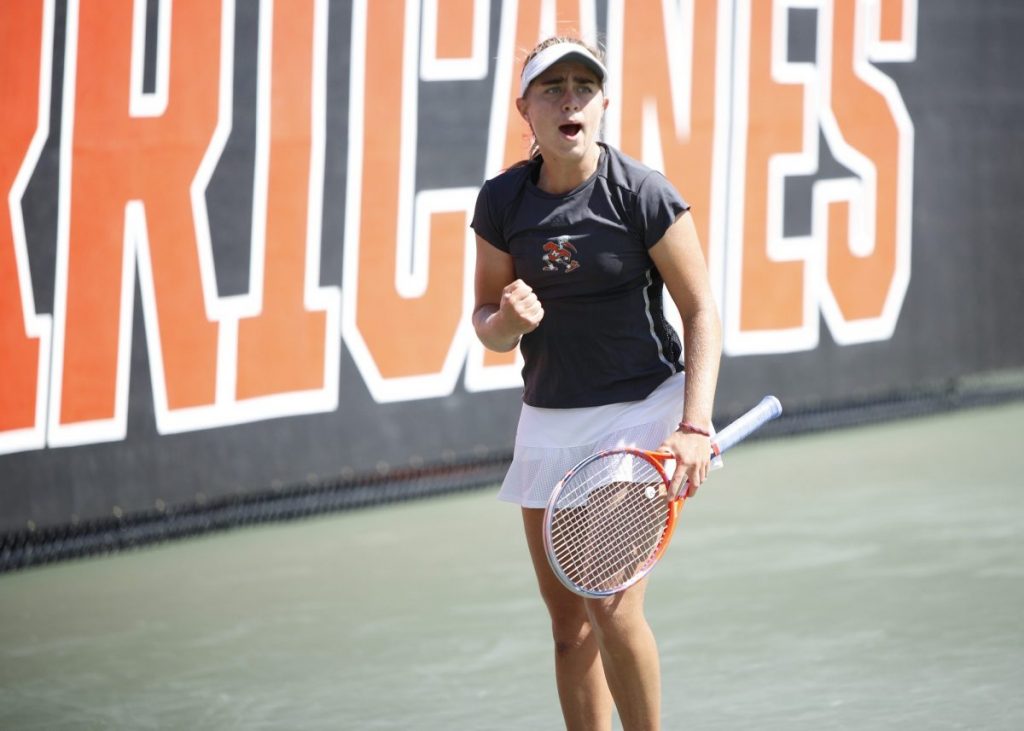 Yuna Ito lost in straight sets 6-3, 6-3 to Victoria Allen. Allen used her length in both her doubles and singles matches to her advantage and returned many hits that appeared way out of reach.

“We just got to get better, the margins are so small out here, every team is good and we need to take care of the details better,” Yarokshuk-Tews said. “No one should be hanging their heads, we played hard and are making strides.”

Amongst those in attendance cheering the Canes on against the rival Seminoles were Hurricane’s men’s tennis head coach Aljosa Piric alongside his team, former baseball coach Jim Morris and athletic director Blake James. The rivalry between Florida State and Miami is alive and fans from both sides made their presence known in attempt to motivate players to overcome the heat in close matches.

The Hurricanes women’s team is back in action Friday as they continue ACC play against Virginia Tech at home.

“Just another solid ACC match, nice to be home and just looking forward to get a win on the board,” Yarokshuk-Tews said.

UM Prepares for the Florida Democratic primary
‘How to Fight Anti-Semitism’: A discussion with New York Times editor Bari Weiss