On March 17, election season will officially arrive here in Florida, and students at the University of Miami are preparing themselves to take part in the democratic process. With the Florida Democratic primary only a month away, some Canes have already made up their minds while others have not. 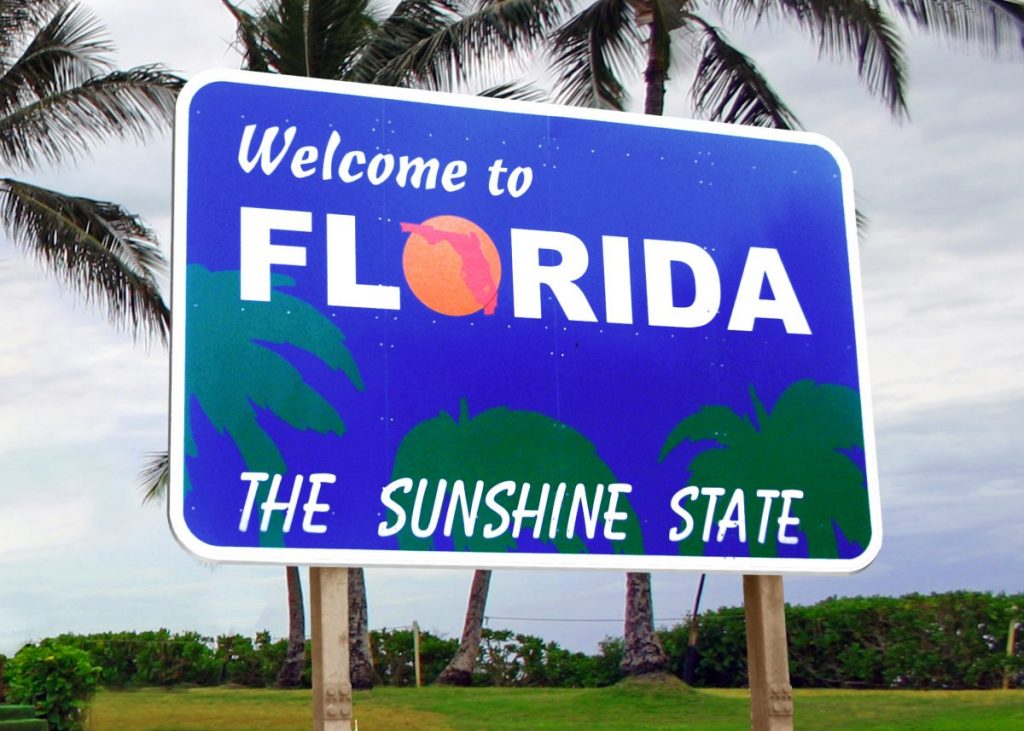 The last day to register for the Florida primary election in March is Feb. 18. Photo credit: DonkeyHotey

Lincoln Rodon, a senior studying motion pictures, was originally registered as a Socialist-Liberation but switched to the Democratic Party this year so he could vote for Bernie Sanders.

“Bernie is the most progressive and authentic candidate on the stage. He supports a Green New Deal, which is imperative,” Rodon said.

He said he is also voting for Sanders because of his stance on Medicare for All.

This is not the first presidential election Rodon has taken part in. He voted in 2016 for Bernie Sanders in the primary and wrote him in for the general election.

“I wrote in Bernie Sanders for the 2016 election because I did not feel comfortable voting for Hillary Clinton given her numerous attacks on Bernie Sanders,” Rodon said. “She smeared him too much for my liking.”

Even though Sanders campaigned across the country for Clinton during the general, Rodon said he still could not bring himself to vote for Clinton in 2016. He said he believes this election is “humongous because as a global power, the United States has such a huge footprint on the world.”

“We could be trend setters towards fixing the issue of climate change if we instituted a Green New Deal,” he said. “He can atleast build the bridge toward a more social and progressive system that helps not only the top 1 percent.”

Sophomore Alec Chao, majoring in history and international studies, is also voting for Bernie Sanders in the upcoming Florida Primary because of the candidates stance on climate change and Medicare for All.

But what’s most important to Chao is that people go out and vote, no matter the election.

Some students are not only getting prepared to vote but are helping other students prepare for the primary as well. Sabrina Ullman is a voter registration and student ambassador chair for Get Out the Vote at the University of Miami. Get Out the Vote is a campaign headed by students to encourage others to participate in the political process.

They have been tabling twice a week and have a request form for campus organizations to reach out so that they can send voter registration ambassadors to various events around campus.

Ullman said there are a few ways to keep Get Out the Vote nonpartisan.

“Since we have to remain nonpartisan, we will not be providing transportation for early voting at the Coral Gables Public Library as we did for the midterm election,” she said. “That said, when I train voter registration ambassadors, part of the training is about how Florida is a closed primary state.”

After Feb. 18, Ullman said the focus of Get Out the Vote will shift towards actually getting out the vote. They will have an event called “You’re Registered, Now What?” in which registered voters can receive guidance on the voting process and what to expect.

But for now, the Feb. 18 primary voter registration deadline is their primary concern.

“Many students have mentioned the primary while filling out the voter registration form, and we have also had a fair share of students updating their registration to have their campus address accurate,” Ullman said. “Those willing to participate also seem prepared and have been engaging with us about where to go to vote, how to find the sample ballot, and how to make sure they are registered.”