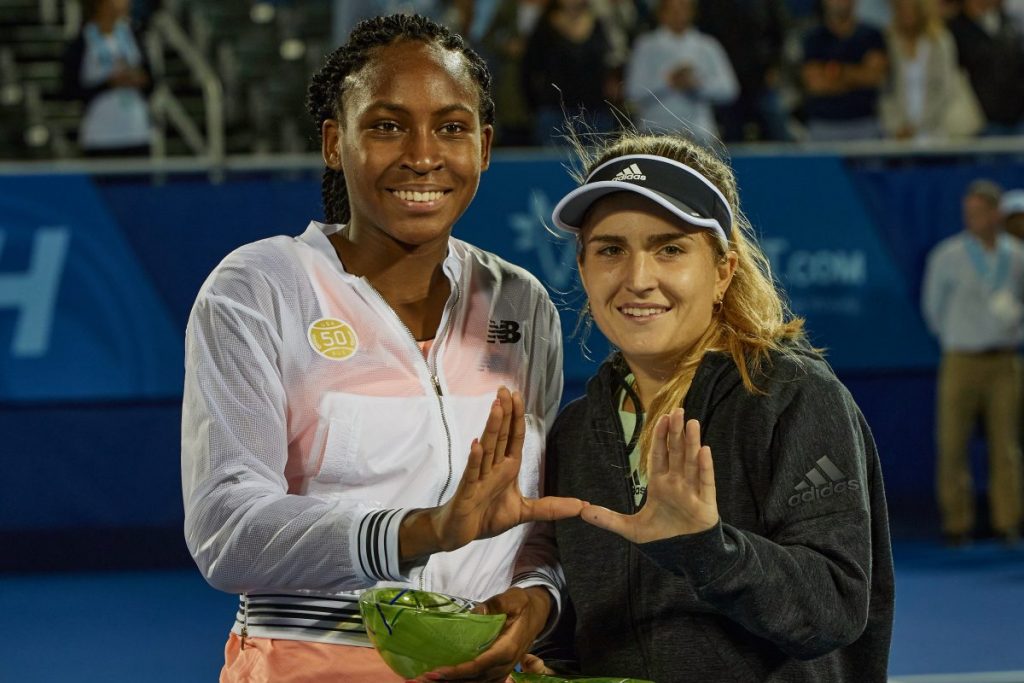 Estela Perez-Somarriba has played a lot of tennis matches in her life, but Saturday night, the senior played in front of the largest crowd of her career in a unique match against a young tennis star.

A little over 24 hours after competing for the University of Miami women’s tennis team at Georgia Tech, Perez-Somarriba, the reigning NCAA singles champion, faced off against rising star Coco Gauff in an exhibition match in Gauff’s hometown of Delray Beach.

In the first ever match between two female participants at the Delray Beach Open, Perez-Somarriba fell to the 15-year old Gauff 6-3, 6-3 in a match that lasted one hour and 15 minutes.

“She’s such an inspiration for every tennis player in what she’s done,” Perez-Somarriba said about Gauff after the match. “She’s shown that you can do it. That you can go on the professional tour and give your best and actually do amazing.” 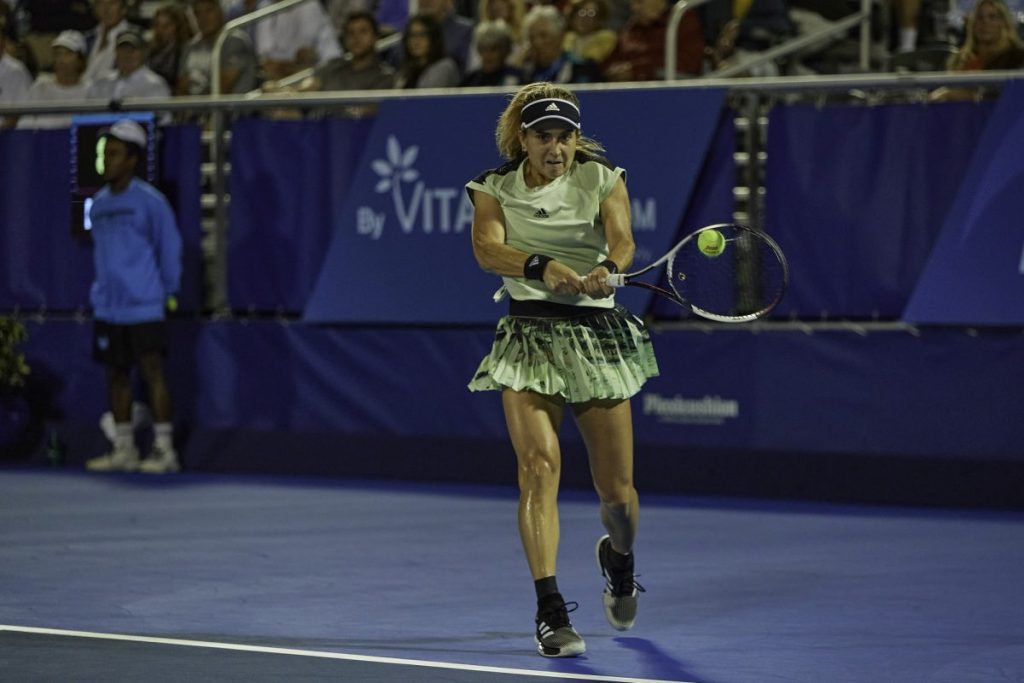 Perez-Somarriba, who is currently ranked No. 3 in the NCAA singles rankings, had just played both a singles and doubles match at Georgia Tech the day before.

For Gauff, the match was the first she’s played in her hometown of Delray Beach since she became a tennis sensation after competing in Wimbledon and the Australian Open. Gauff most recently defeated Naomi Osaka in the Australian Open before falling to Sofia Kenin in the fourth round.

“I don’t put much pressure on myself, I just try to go out and have fun,” Gauff said. “Today was relaxed, it was pretty cool.”

As a Florida native, Gauff grew up a Miami Hurricanes fan, and the two players were able to chat before the match about the school.

“She’s a Canes fan,” Perez-Somarriba said. “She’s been to Hard Rock Stadium for some football games, so she was telling me how cool that was and how much she likes the University of Miami.”

“I’ve been a UM fan for a long time, so when I found out I was going to play her, it was pretty cool,” Gauff said.

While the match was a homecoming for Gauff, Perez-Somarriba was just glad to get the experience of playing in front of such a large crowd.

“I think every competitive tennis player that goes out there always goes out there and tries to give their best and I think that’s what we did today, both of us,” Perez-Somarriba said. “Obviously we were having fun, there is nothing important on the line, this was just the experience.” 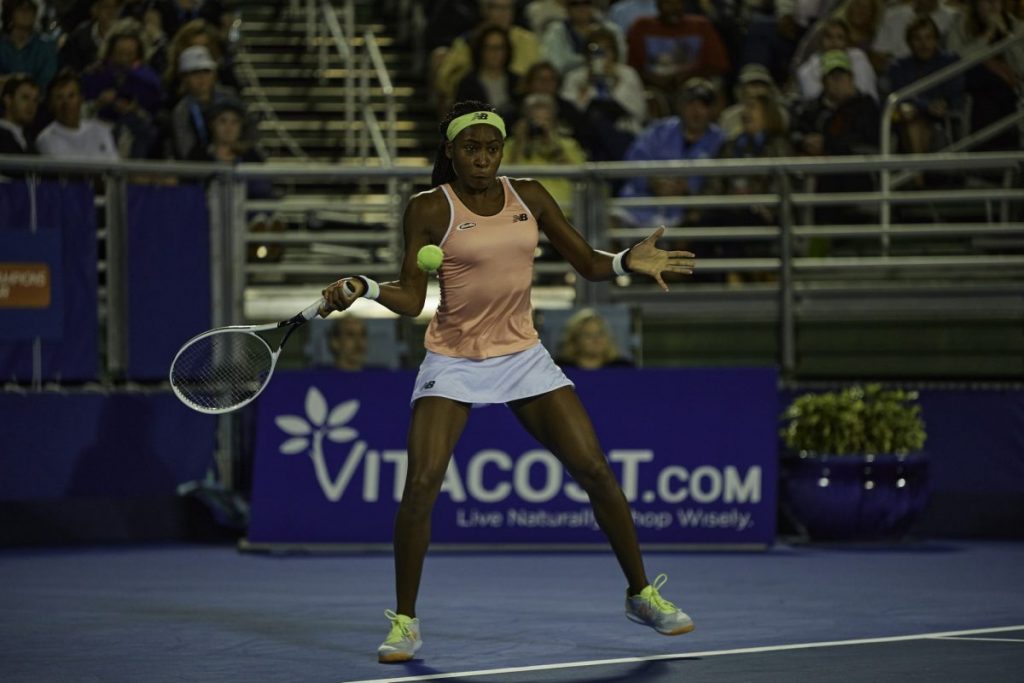 The two players chatted periodically throughout the match, and were heard making fun of their missteps with each other.

“I don’t think I’ve ever smiled that much on a tennis court, honestly,” Perez-Somarriba said.

The Madrid native emphasized how much the support of her team and coaches in the crowd meant to her, and made it clear that they have played a big part in her success at the University of Miami.

“My team was there supporting me. I could feel them in every single point, my teammates, my coaches, the whole department,” Perez-Somarriba said. “They have been my family for the last years, and if I’m standing here today it’s because of them and I’m just really happy that they were able to see me out there smiling, having fun.”

As a senior who will likely be turning pro after leaving Miami, this may not be the last time Perez-Somarriba and Gauff face each other.

“She’s going pro, so I’m sure I’m going to see her and probably play her in a non-exhibition match when we’re both a little bit more serious,” Gauff said.