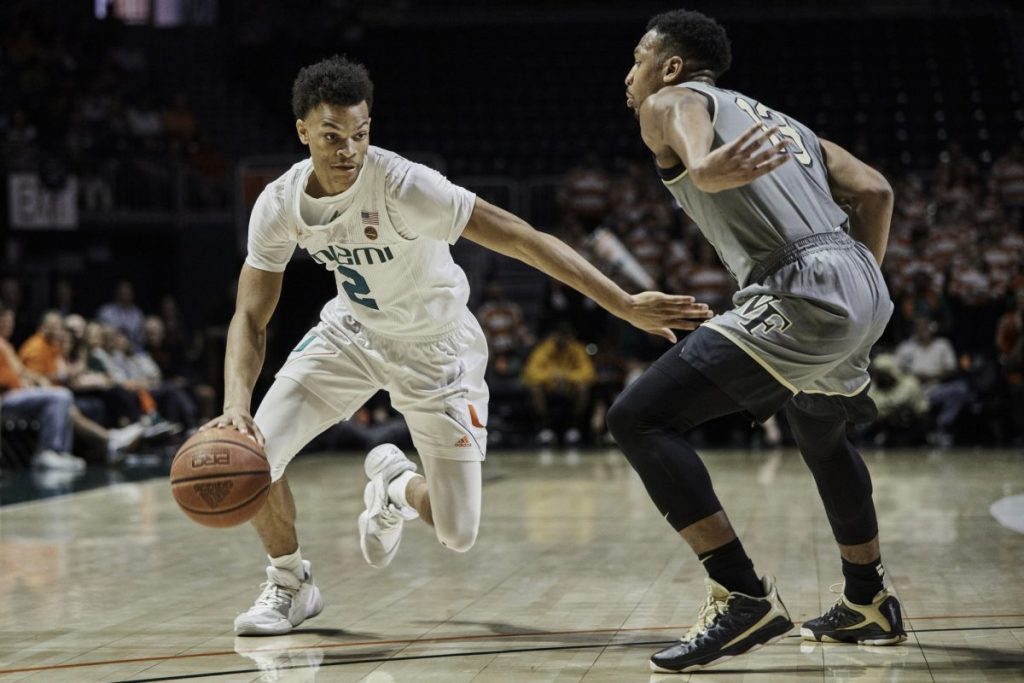 For the first time since Jan. 4, Miami had a full, healthy roster, and it showed, as the Hurricanes rolled past Wake Forest 71-54 at the Watsco Center Saturday afternoon.

With nine guys in the rotation, no Miami player played more than 30 minutes. Having rested legs gave Miami the opportunity to dominate the defensive end of the floor. 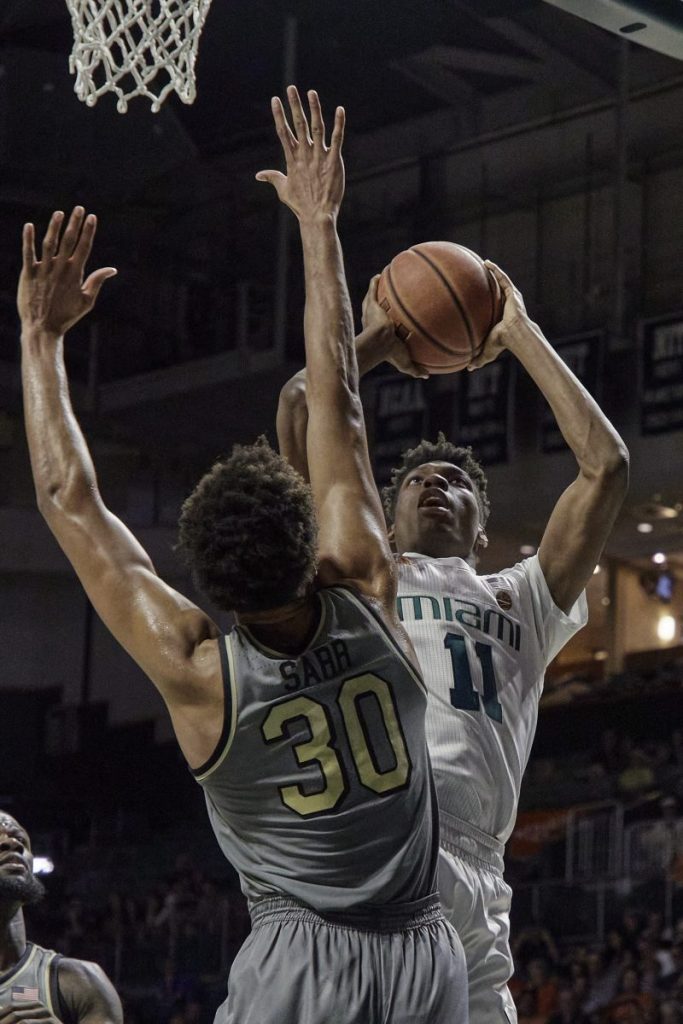 Freshman Forward Anthony Walker (11) goes up for the shot during the Hurricanes' game versus Wake Forest on Saturday, Feb. 15. Photo credit: Josh Halper

“When we have these nine guys, its huge,” junior Sam Waardenburg said. “We are able to play good defense with the rotation.”

Miami was able to take the Deacons out of the game early on. Behind a 14-2 scoring run over a four minute period in the closing minutes of the first half, the Canes took a 37-25 lead into halftime.

Wake Forest committed 14 total turnovers, while Miami collected six steals and was able to score 16 points off those turnovers. 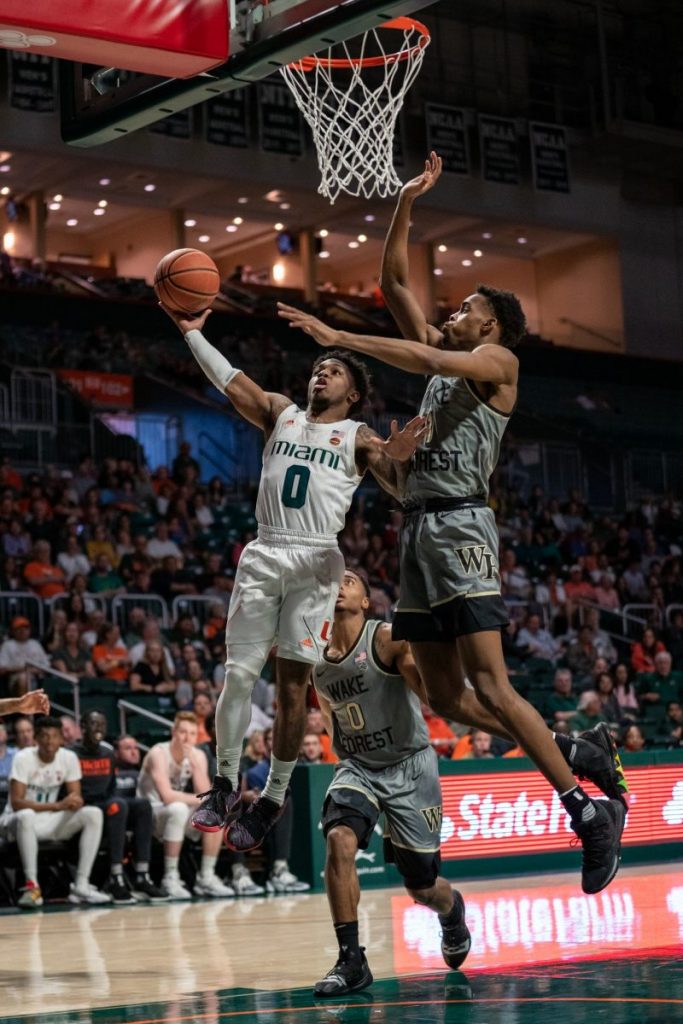 Freshman guard Isaiah Wong and junior guard Chris Lykes both led Miami with 13 points and three assists each. Lykes, who has been dealing with a groin injury, made just his second start since Jan. 21 at Duke.

“Isaiah early in the year had so much to learn and now his defense is as good as any veteran,” Larrañaga said. “Early in the year he had too many thoughts running through his head and when you are thinking too much, your feet slow down.”

Miami also had a healthy Keith Stone, Sam Waardenburg and Kameron McGusty. Stone missed four games in early January with an injury and Waardenburg was held out of the Boston College game with a neck injury. McGusty was dealing with back spasms at the same time that Lykes was injured. 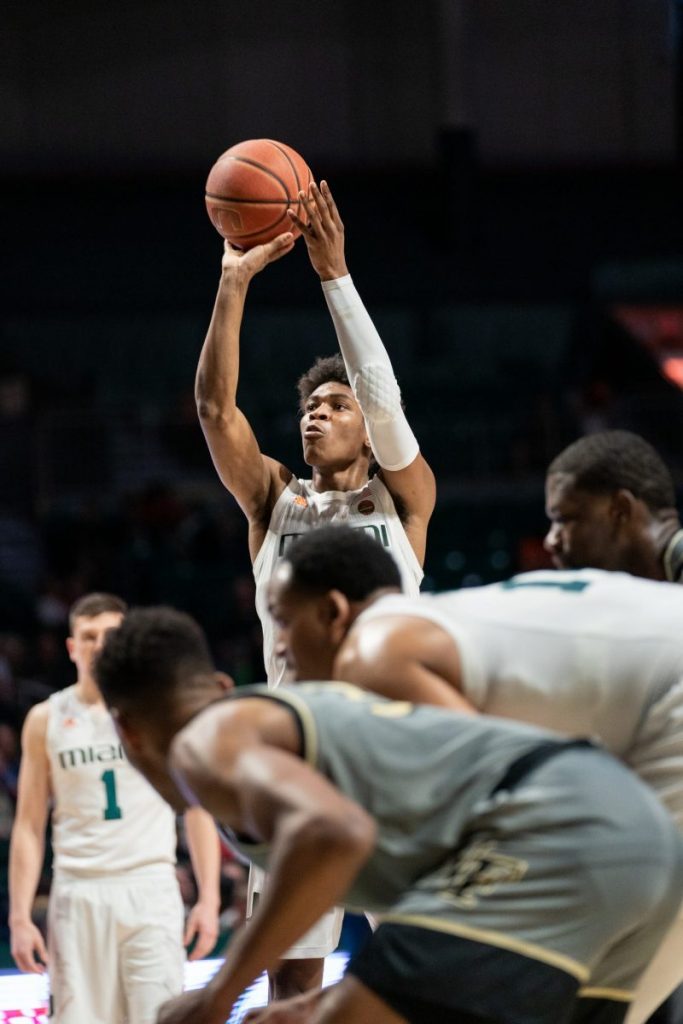 “If we can keep the defense and rebounding up, we are a much better team,” Larrañaga said. “It was a very good defensive effort tonight.”

Miami will next travel to Virginia Tech on Feb. 19. and the team hopes that they can take the winning momentum into their next few games.

“I feel like we just take the momentum we have right now into Virginia Tech and go game by game,” Miller said. “There is still a lot of basketball to play. Win or lose, we just gotta get better and I think we will be just fine.” 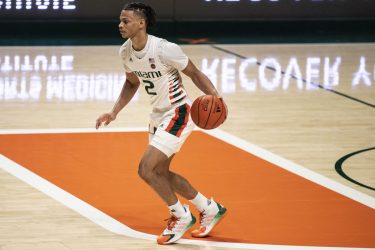 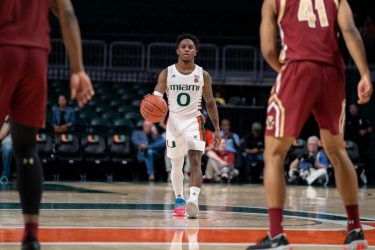