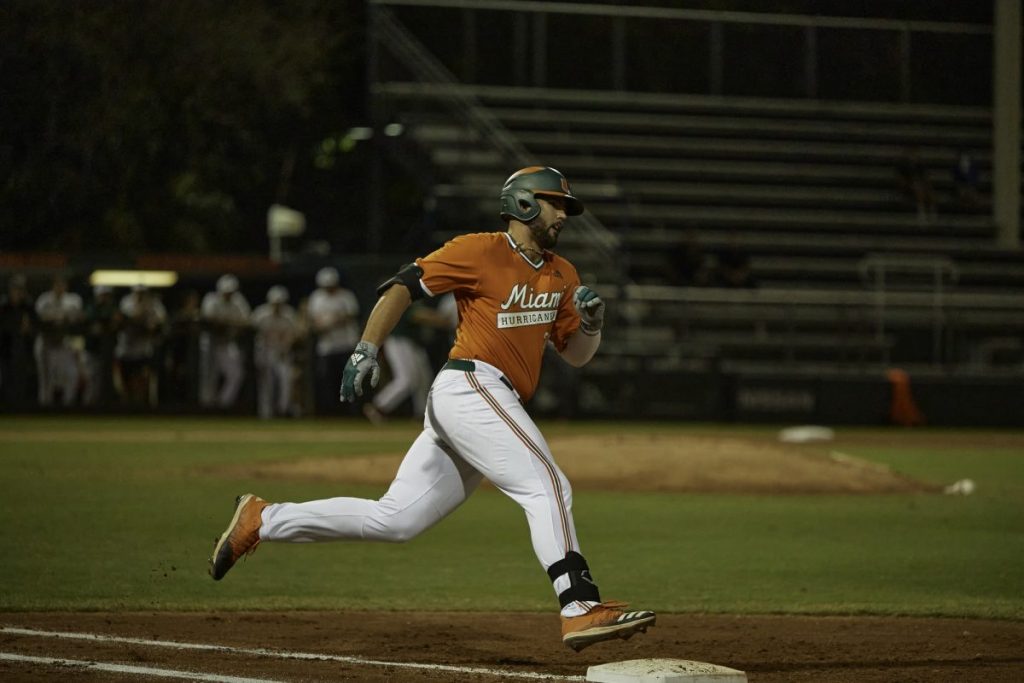 Alex Toral was seemingly on top of the baseball world during his senior year at Archbishop McCarthy High School. He was a four-year letter winner at the Broward County powerhouse, batting a staggering .370 with sights on professional baseball. MLB Pipeline and Baseball America both had Toral as one of their Top 200 prospects, likely earning him a selection in the first seven rounds of the MLB draft and a six-figure signing bonus.

But when the draft came around in June, 50 rounds went by with the speed of a four-seamer and Toral’s name hadn’t been called. He realized he’d have to put away his pro-ball aspirations for the college circuit.

If there was any good news, it was that the No. 20 overall prospect from the 2017 class would have no problem picking up right where he left off in high school.

But freshman year at Miami brought more questions than answers for Toral, including the daunting thought that the 30 professional baseball organizations may have seen a different player than the one everyone expected him to be.

That’s because after an opening-series home run in 2018 that reached the Ponce de Leon Parking Garage in right field, the power hitter appeared to have lost all of his apparent power, never sending another baseball over the fence and batting a measly .161 on the season. What had happened? Was this simply an extended slump, or were baseball scouts on to something by passing on the promised phenom?

Toral wasn’t alone. Many of his teammates experienced similar issues with their offensive performances in longtime coach Jim Morris’ final season. Fellow freshman Raymond Gil fell short of lofty expectations in his own first year at Mark Light Field–batting a pedestrian .234—while outfielder Tony Jenkins also came to UM with a high level of promise before hitting just .218. 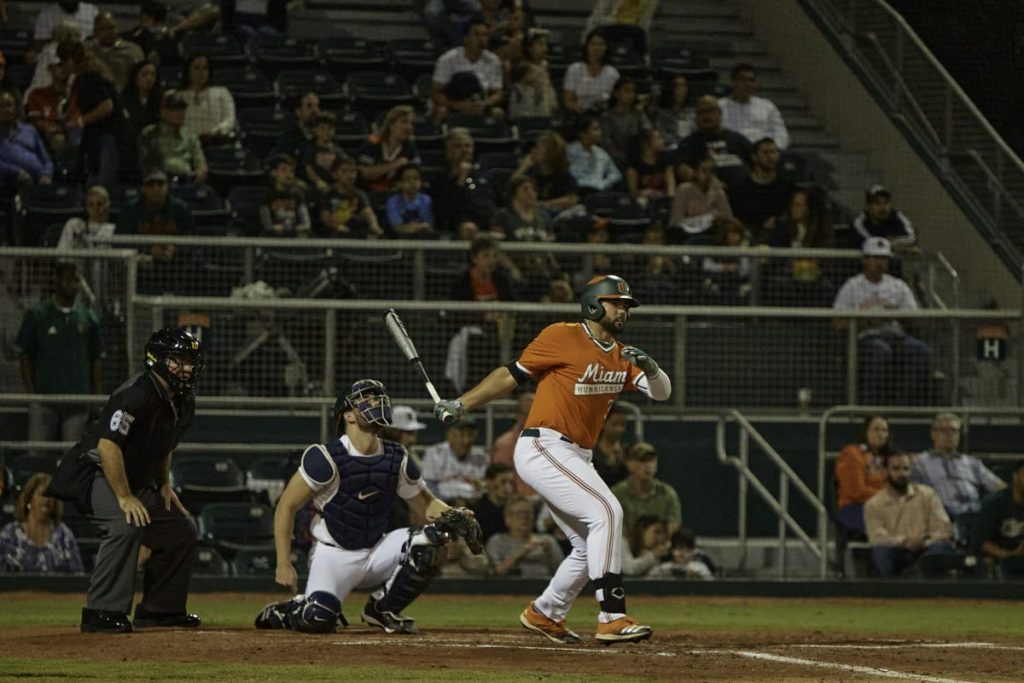 As Gino DiMare inherited a proud program in state of uncertainty, the longtime assistant’s top priority was centered around reviving the bats of his top prospects, including Toral’s. From changing swing techniques to bringing in eye doctors to help improve plate discipline, DiMare’s innovation had injected new life into Toral’s career.

It didn’t take long to see the results. Against the same Rutgers team that allowed Toral’s only home run a season prior, the Davie-native wasted little time proving he was not only capable, but lethal, crushing a two-run home run in a 19-3 drubbing of the Scarlett Knights.

The season changed the trajectory of the program, and not just because the team went 41-20 and returned to the postseason. The rebound of players like Toral dazzled fans and teammates alike as the infielder slashed .293/.400/.656/ and led all Hurricanes with an OPS of 1.056, winning the Atlantic Coast Conference home run title in the process with his 24 home runs.

Arguably none of the home runs were as sweet as his grand slam to commence an 11-0 thrashing of Florida State, after the Seminoles were crazy enough to load the bases with an intentional walk before pitching to Toral with one out.

His renaissance may have propelled the Canes back into more familiar, winning territory a season ago. But Toral was hardly alone in that rebirth season. Gil and Jenkins—the fellow Hurricanes who’s first years also resulted in more frustration than Mark-Light-magic—bounced back in big ways as well in 2019, with batting averages that skyrocketed to .318 and .268 respectively.

Yet for Toral and his teammates, there is still unfinished business. The Canes haven’t won a national championship since 2001 or even made the College World Series since 2016, but this year’s group will try to change that.

Just like the expectations for players like Toral, Gil and Jenkins were sky high before the trio even enrolled at the Coral Gables institution, Miami enters the 2020 season with some of the highest preseason hopes in years. Perfect Game, D1 Baseball, Collegiate Baseball Magazine and Baseball America all have the Hurricanes slotted as a Top 10 team.

But the group of players that fans can see open the season on Feb. 14 has never backed away from a challenge in their baseball lives. They—led by Toral—will accept anything thrown at them, with victory being the only way out.