What makes a runner? Some might say it’s the desire to push yourself further, set new milestones or to finish your first race. Others may find running to be a casual exercise, a hobby or a necessary evil in their workout routine.

For University of Miami sophomore Nolan McDermott, part of being a runner means showing up for yourself, even on rough days when all you want to do is curl up in bed. But most of all, it means trying to maintain a positive attitude no matter what happens. 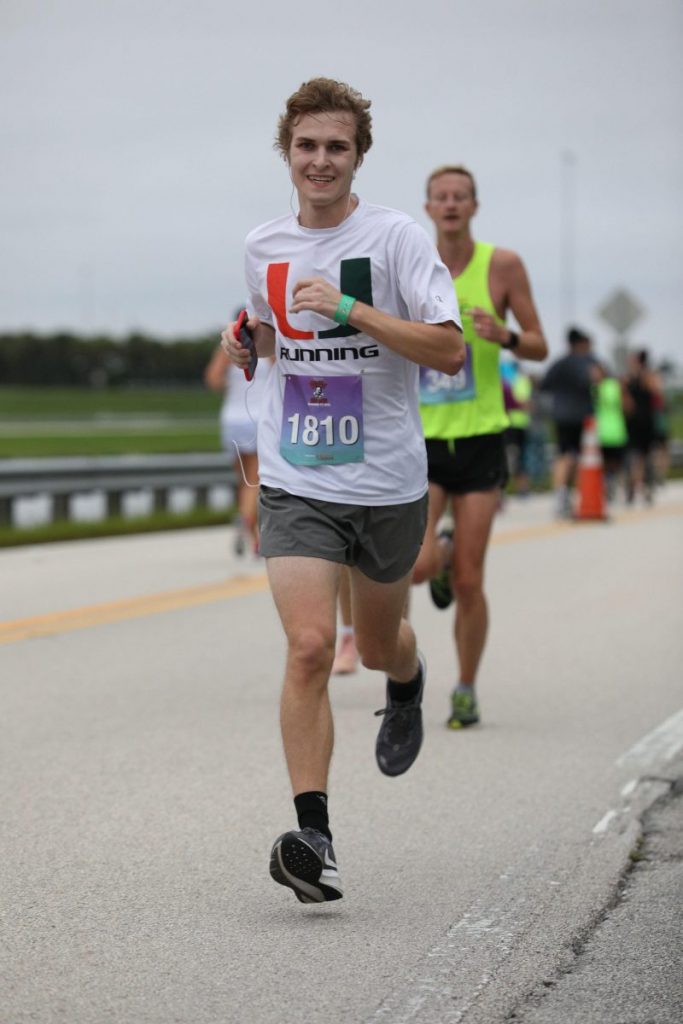 Sophomore Nolan McDermott participates in the Flanigan’s Rockin’ Rib 10k Run in Nov. 2019. In less than a week, McDermott will participate in the Life Time Miami Full Marathon, his first marathon to date. Photo credit: Courtesy of Nolan McDermott

McDermott is majoring in computer science and math and is vice president of the UM Running Club. In less than one week, he will run his first full marathon: The Life Time Miami Full Marathon.

The race kicks off next Sunday, Feb. 9, at 6 a.m. Marathoners will take off from Maurice A. Ferré Park and finish at Bayfront Park, looping around parts of Miami Beach and neighborhoods such as Coconut Grove along the way.

On race day, McDermott will be one of thousands of runners, walkers and wheelchair athletes participating in the marathon. The morning of, he plans to wake up about three hours before dawn to put on his racing uniform and meet up with other UM Running Club members to take a shuttle to the starting line.

There, he will be join pools of runners just like him, brimming with excitement and nerves as they wait to take their first stride towards the finish line.

McDermott’s goal is to finish the race in under three hours and 30 minutes. That was the fastest time for an 18-year-old, male runner in his age group for last year’s 2019 Miami Marathon. A qualifying time for males running the Boston Marathon in that age group is exactly three hours.

McDermott ran a big race in 2019, too– the Miami Half Marathon, which takes place the same day. He thoroughly enjoyed running the 13.1 mile race and became even more determined to run a full marathon, something he’s wanted to do for years.

“If you say ‘I’m a runner’, usually a marathon is included somewhere in that narrative,” he said.

McDermott started training for this year’s marathon in Sept. 2019 by loosely following an 18-week training plan which he downloaded online. So far, he has been running five to six days a week, some days with the UM Running Club and some alone. Two weeks ago, he ran 20 miles– his longest distance so far.

“People think that running is a lot of work,” he said. “But for people who love to run, it’s a moment of relaxation, to step away and be in your thoughts.”

Before coming to UM, McDermott ran in high school as a cross-country athlete in Long Island, New York. Two days into his freshman year at UM, he joined the Running Club, where he met club president Cody Kline. He joined the club’s e-board and quickly found a sense of community and belonging as a member of the group.

“The Running Club is an awesome resource here at UM,” he said. “We train together, we stretch together; I love everyone here.”

McDermott’s parents will fly from Long Island to support him as his biggest fans during the race. When asked if he was nervous about running his first marathon, he said he’s mostly excited.

“Having a positive mentality is everything when it comes to running,” he said.

He makes a point to stay consistent and committed, even on difficult days.

“On a day where you did nothing but run, you still did something,” he joked. “The best thing you can do is to show up for yourself.”

For race day, McDermott has a playlist prepared of upbeat music to keep him motivated. His song of choice is “I’m Shipping Up To Boston” by the Dropkick Murphys.

“Ever since high school, I can’t get enough of that song. I’m definitely going to be playing it during my run on race day,” he said. 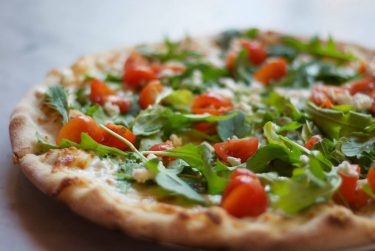