Worries about the coronavirus came to the University of Miami’s front door after a student posted a series of TikTok videos about a false case of the disease, claiming that his fictional roommate was exhibiting flu-like symptoms.

The UM student, who requested to remain anonymous, claimed his roommate, an exchange student from Wuhan, China, had just left for the hospital in an Uber. A second video, posted Jan. 27, featured the student updating viewers about his supposed unofficial quarantine status while he waited for roommate’s test results to come back from the hospital. 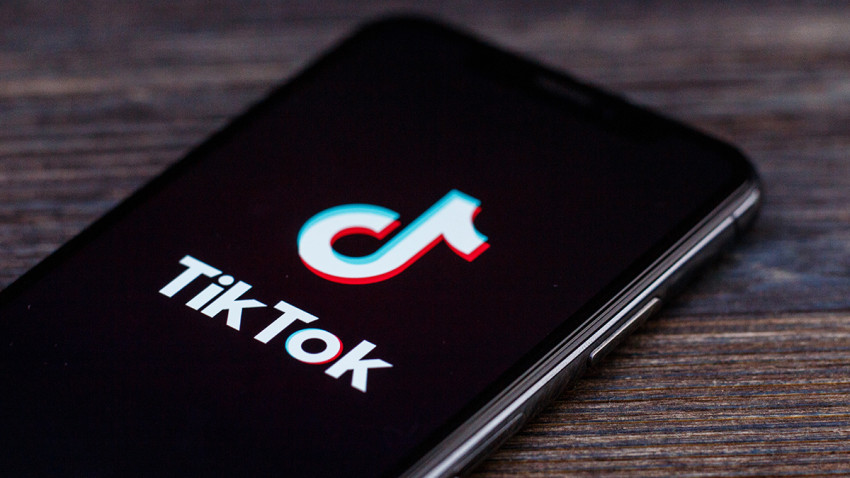 TikTok, a Chinese-owned video-sharing app, was placed under review in November of 2019 by the U.S. government for concerns of censorship and data collection. Photo credit: Shutterstock

Around noon Tuesday, Jan. 28, the student awoke to his phone exploding with TikTok notifications. The videos he uploaded earlier had gone viral. Overnight, the videos had garnered more than 500,000 views, 75,000 likes and 500 comments.

By late afternoon the fake news had crossed platforms from TikTok to Twitter, where some users tweeted about a potential unconfirmed case of the virus at the university. The rumors seemed to have reached the university administration, who sent out a health advisory email denying any confirmed cases, or immediate threats to the university or the state of Florida. 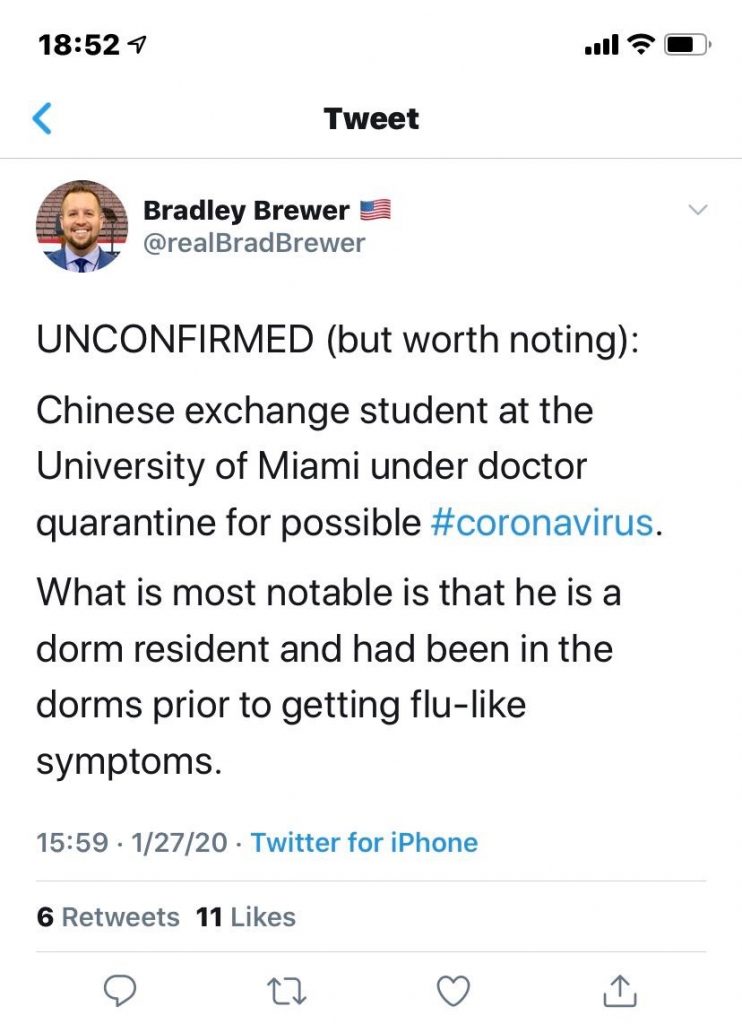 Bradley Brewer tweeted about the suspected coronavirus case at UM on Monday, Jan. 27 based on a series of TikTok videos. The tweet was later deleted. Photo credit: Twitter, @realBradBrewer

Under different circumstances, the student said he would have enjoyed his newfound social media stardom, but the sensitive nature of the fake news he spread made him realize he had gone too far. Understanding the potential consequences, he removed both videos from the platform that same day.

The novel coronavirus, first reported in the Chinese city of Wuhan in Dec. 2019, is the latest strain of a family of viruses affecting the respiratory system. This novel Coronavirus has never before been identified in humans. As of Feb. 1, reports put the numbers at over 250 deaths and nearly 12,000 confirmed cases. The World Health Organization has now declared it a public health emergency of international concern. The virus has reached U.S. soil with the CDC confirming eight cases, most recently in California and Massachusetts.

With the coronavirus dominating news cycles and social media platforms alike, this student saw what he perceived to be an innocent opportunity to gain social currency.

“Making TikToks is all about participating in trends,” he explained.

A quick run through the app reveals hashtags such as #coronavirusmeme and #coronavirusconspiracy are popular among its users. These hashtags, and others like them, are utilized by users across platforms in hopes of gaining more views and likes on their content.

“The only information I had heard about the coronavirus was small, insignificant facts on TikTok,” the student admitted. According to a report by Media Matters, several other videos which spread misinformation and conspiracy theories about the coronavirus were posted onto the app. These included videos claiming the Chinese government had released the virus as a means of population control, and another, which received over 25,000 likes, stating that China already had over 90,000 confirmed cases. 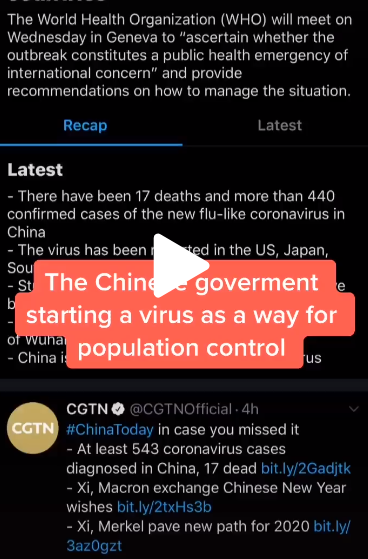 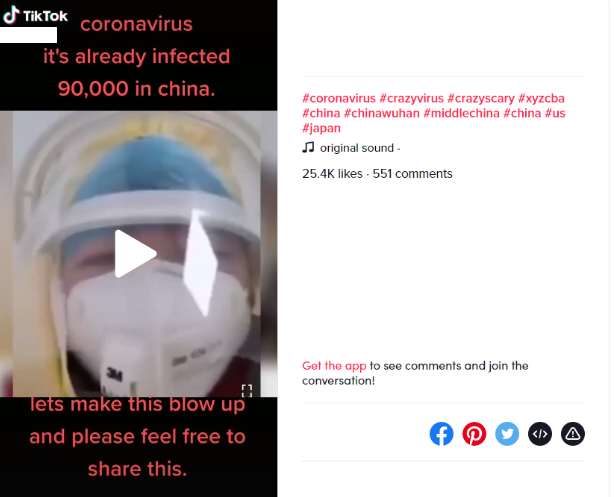 The combination of trends and reliance on these platforms makes it easier for fake news to spread quickly and dangerously.

“It went viral almost instantly and I didn’t understand the potential repercussions of spreading false information,” he said.

A recent study conducted by the Pew Research Center concluded that 69 percent of Americans ages 18 to 29 use Snapchat as their primary source of consuming news. In other words, this percentage of young Americans might stumble across content similar to that of this student’s false coronavirus TikToks and mistake it for fact, as they are unlikely to corroborate with traditional and vetted news outlets.

Earlier this year, TikTok updated its community guidelines to try to tackle misinformation. The update included a section about misleading information, and is even specific about content pertaining to health and medical treatments. The platform prohibits “misinformation that could cause harm to our community or the larger public.” The video-sharing network also warns about removal of content that violates these policies.

The Beijing-based company has over 1.5 billion users and has recently been linked with the spread of conspiracy theories, one of which includes the claim that the Chinese government is behind coronavirus. Continuing these efforts, this week the company rolled out a series of user friendly features to combat the widespread threat of misinformation, including an in-app reporting option. Details of these measures were shared on the company’s blog.

These recent actions taken by the company confirm that this student’s actions were not an isolated incident. Before posting his own TikToks, the student said he had seen similar videos to the ones he created and thought of the content with some levity.

It is not the first time that user-generated content has sparked controversy. Social media platforms are now more than ever faced with the legal and ethical dilemma of if and how to police the content shared on their platforms.

In the United States, under section 230 of the Communication Decency Act, the law protects internet hosts from content published on their platforms, while the Constitution protects individuals’ freedom of speech under the First Amendment.

These incidents blur the lines between what can be done and what should be done in regards to individual freedoms and corporate responsibility.

“I definitely realized that I should perform more due diligence on any topic I discuss on social media, and carefully check sources,” the student said. “I do believe people can be trusted to police their own content, but I am a great example of posting without thinking about the potential problems.”