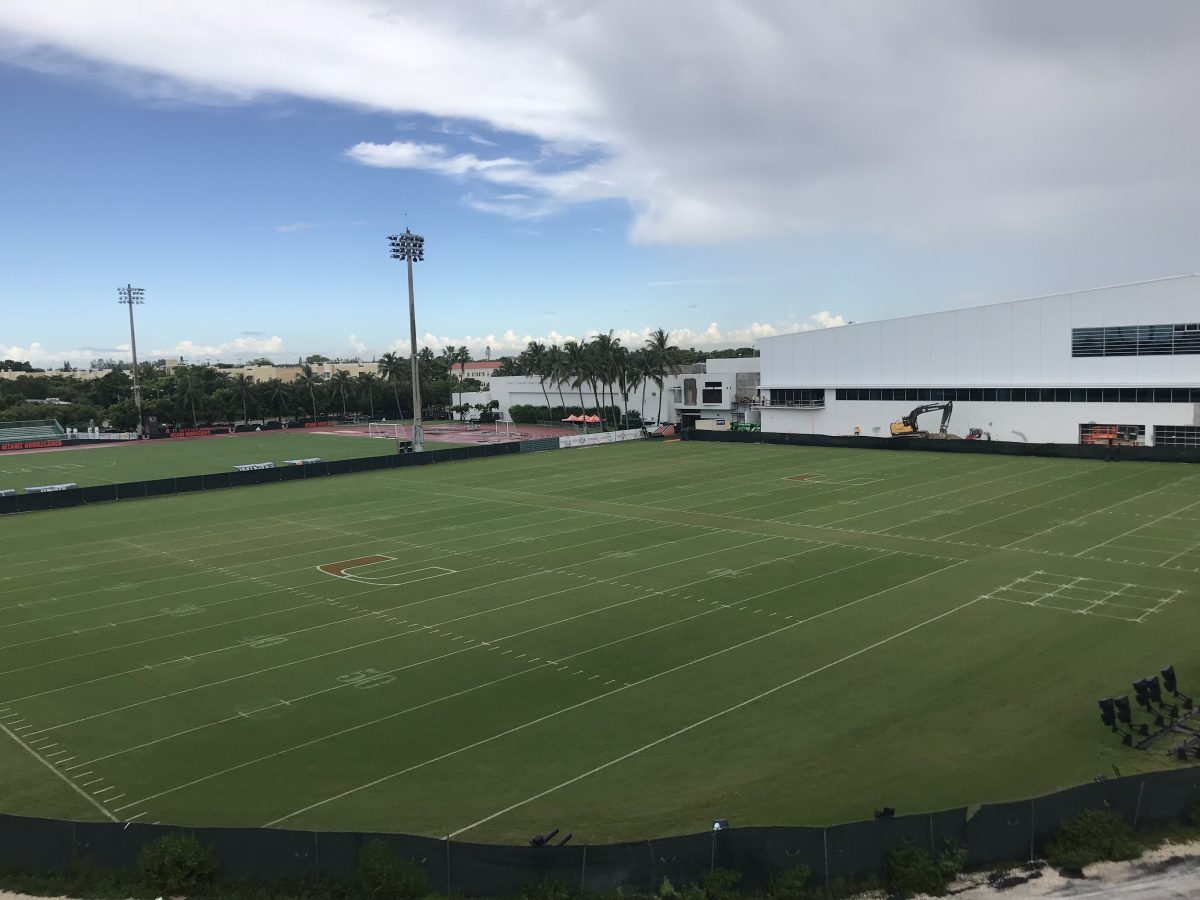 The University of Miami and the San Francisco 49ers came to an agreement prior to the team’s arrival in Miami regarding last minute changes to the Greentree practice field after it was deemed that the field conditions did not meet the standards of the National Football League.

According to NFL correspondent Ian Rapoport, both the 49ers and the Green Bay Packers expressed concern over the condition of the Miami Hurricanes’ practice fields when they toured the university’s facilities prior to the NFC Championship.

The situation seemed dire enough for the 49ers organization, who had begun considering other options in the South Florida area, including the facilities of Florida International University and Florida Atlantic University.

The NFL felt compelled to intervene and determined that the field conditions were not satisfactory for a Super Bowl contender. Eventually, both parties came to a resolution in which the Niners would pay for the resurfacing of the field, which the university could remove after the Super Bowl.

According to Rapoport, making adaptations to practice fields prior to the Super Bowl is not uncommon. However, the report was not the first notice of subpar conditions at the football team’s practice grounds.

According to several people familiar with the matter, unsatisfactory field conditions came to the attention of the football program well into the past football season.

The Hurricanes’ practice field is composed of two football fields with a small patch of grass in between. However, due to constant foot traffic, the meridian between the two fields became barren at some point during the season, forcing the program to repaint the fields so that they ran perpendicular to the originals.

This information validates the concern of the 49ers and may point to larger problems being overlooked by the University of Miami athletics department. When asked about the matter, the athletic department declined to comment.