One look at the stat sheet at halftime and it would have been hard to imagine that the Hurricanes could overcome their 18-point halftime deficit to Georgia Tech.

But Miami staged a huge comeback and managed to get its fourth ACC win of the season with a 54-49 victory Thursday night at the Watsco Center.

With a halftime score of 32-14, no Miami player scored more than four points at the end of the first two quarters.

“The only thing I could say was ‘you’re not this bad,’ ” head coach Katie Meier said about her talk with the team at halftime. “Like I didn’t know what else to say. You’re not this bad. I know you’re not this bad, you’ve been working but you got to play with passion. Something’s got to change. And they said ‘we gotcha coach’ and I said ‘forget about me, get yourselves. Do this for yourselves.’ ” 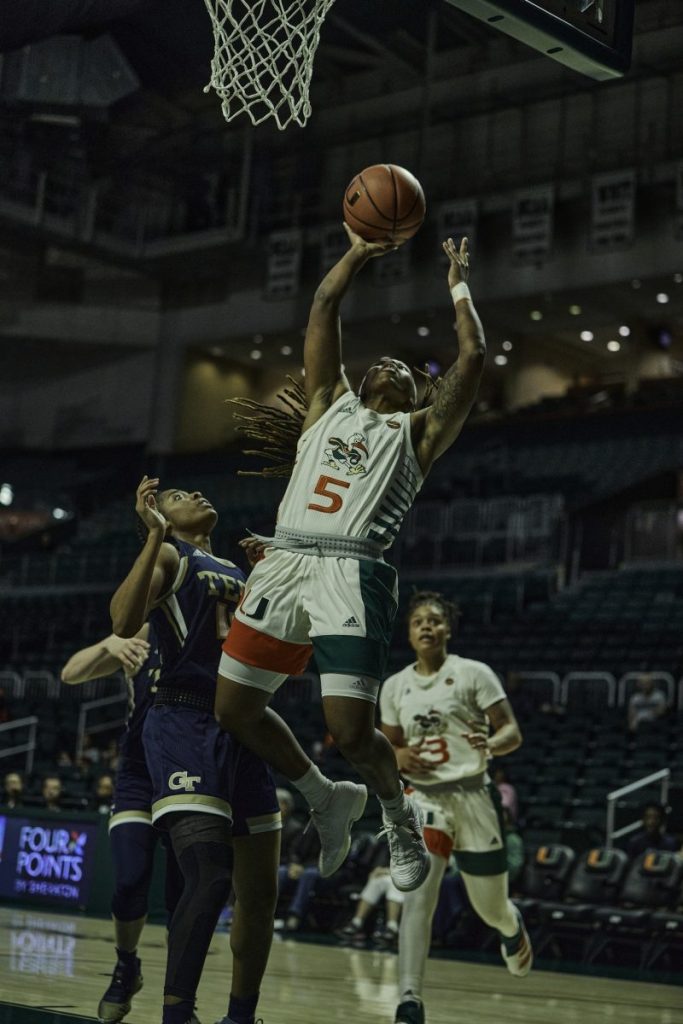 Mykea Gray, who was held scoreless in the first half, scored seven points in the third quarter.

“Within three minutes of the third quarter I said ‘Oh my god, we are going to win this game,’” Meier said. “I saw a complete change. No one cared whether their shots were going in. We weren’t zombies. Whatever happens with this team, this season, this moment right here, of the lesson of just play harder than the other team and stay faithful.” 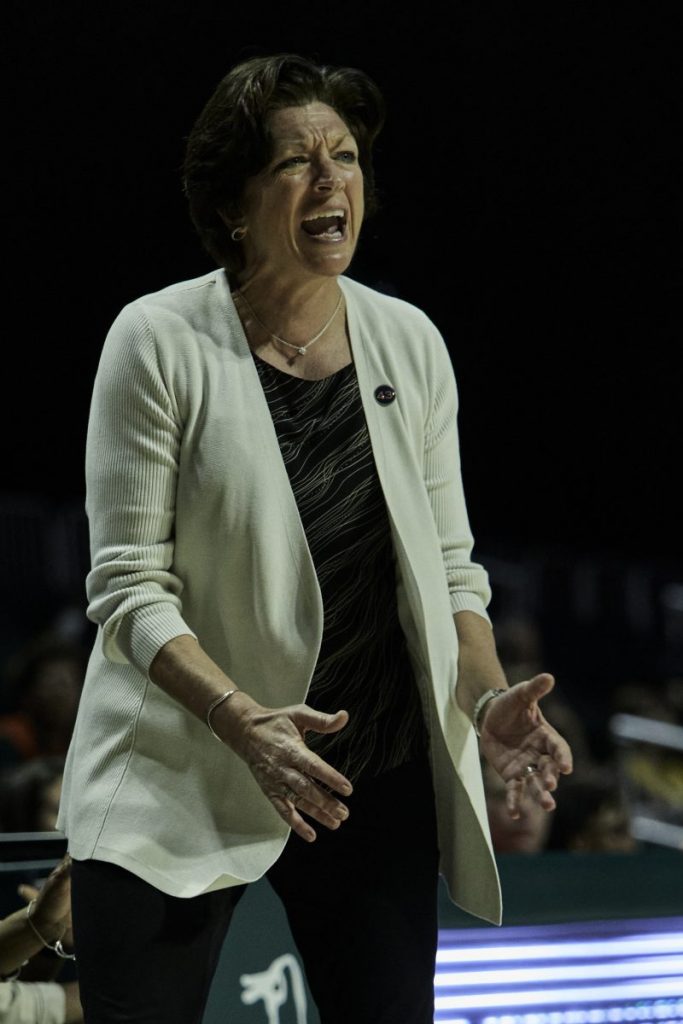 Guard Endia Banks brought the game within two points with 2:20 to go in the fourth quarter on a pair of free throws. Banks tied the game up at 44-44 on a jump shot with six seconds left to send the game into overtime.

The five minute overtime period was all Gray. She scored seven of the team’s 10 overtime points, including a jump shot to take a 50-49 lead, before she made four straight free throws in the last twenty seconds of the game.

“Just stay faithful,” Gray said about her mentality in the second half and overtime period. “I was kind of down, not able to score in the first half. But my coaches and my teammates just told me, you know, keep my head up, keep pushing and the next one is going to fall.” 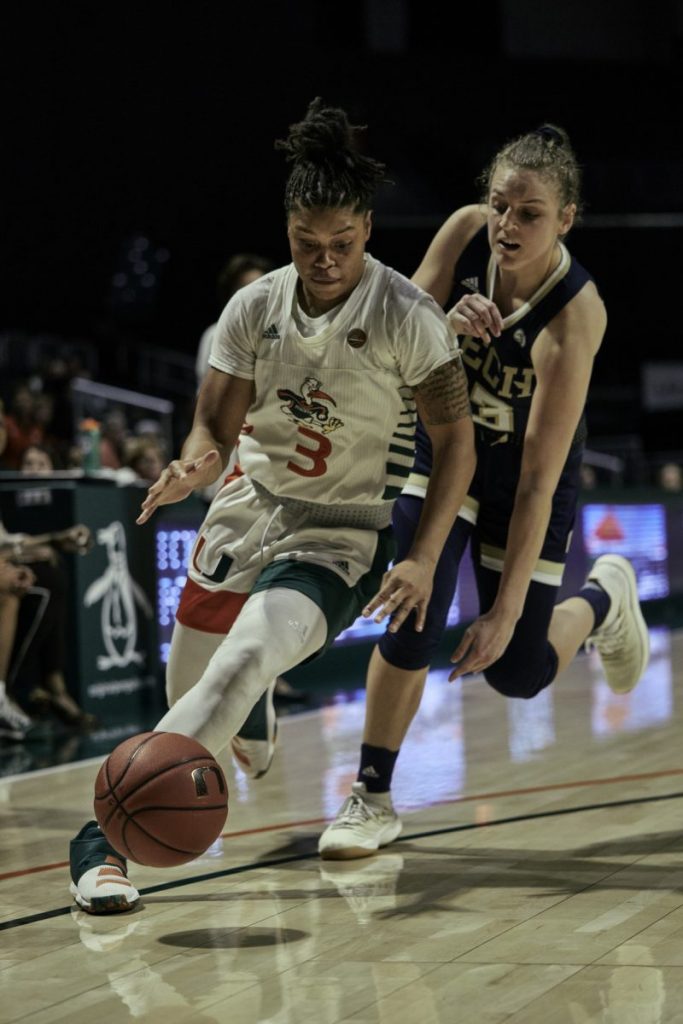 Miami was still without star forward and ACC Preseason Player of the Year Beatrice Mompremier, who is out with a lower leg injury. Mompremier has not played since Jan. 2 when the Hurricanes played Georgia Tech for the first time and lost 61-54.

The Hurricanes are now 4-6 in the ACC and will travel to Blacksburg, Virginia on Sunday to face the Virginia Tech Hokies.