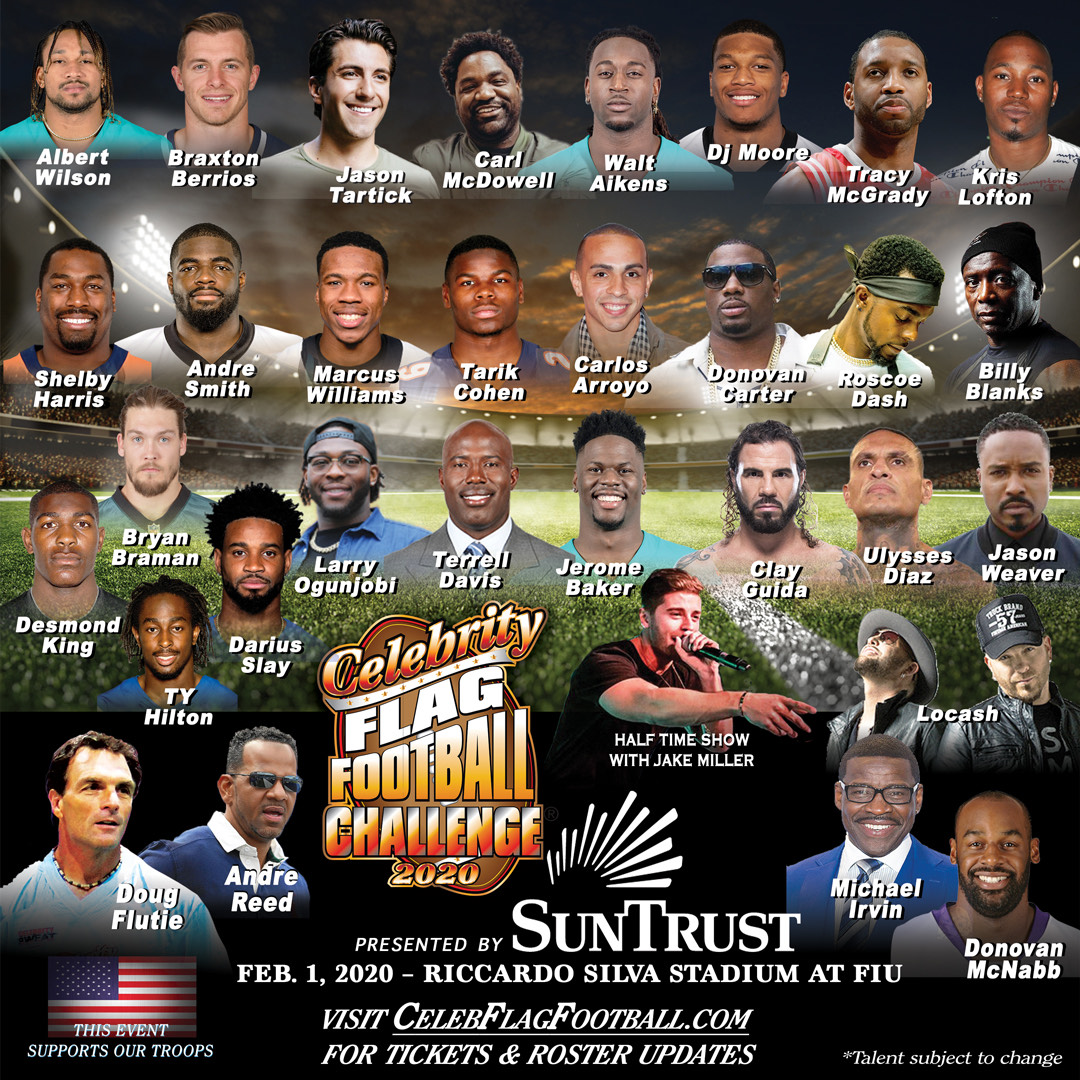 This SuperBowl weekend, Celebrity Sweat– the self-proclaimed “No. 1 celebrity lifestyle” is coming to Miami for its annual Celebrity Flag Football Game.

This year’s game will take place at Florida International University on Saturday, Feb. 1 and will feature more than 25 athletes and celebrities, including UM’s own Braxton Berrios, NFL Hall of Famer Tracy McGrady, musician Roscoe Dash and more.

Now in its 20th year, the Celebrity Flag Football Game is an event that brings top athletes and entertainers together to raise funds and support for law enforcement and the military.

According to advertising, this year’s support extends to more than a dozen groups including DOD Channels, Homeland Security, First Responders and non-profit organizations like Wounded Warrior Project and K9s for Warriors. To celebrate their special anniversary, organizers are also dedicating an entire end-zone to the military, called the “Military Fan Zone.”

“We look forward to offering an affordable community event that gives hometown fans, honored service members, and visiting sports enthusiasts the chance to take part in one of the most anticipated sporting events in the world,” said Susan Somersille Johnson of SunTrust (now called SunTruist), the company that hosts the event.

Other sponsors include Live Nation, NFL Host Committee, Cox Radio, Fox Sports Florida and the Miami Herald, all of which played a large hand in promoting the highly-anticipated event.

Additional highlights include a free tailgate complete with prizes and giveaways and an exclusive halftime show from South Florida’s own Jake Miller. The event will be livestreamed on ESPN platforms and re-broadcast on Hulu Live.

Tickets are still available, ranging from $40 to $200 with special discounts available for Miami Heat season ticket holders and FIU students. Click here to purchase or get roster updates and itinerary information.