Still without star forward Beatrice Mompremier, Miami finished the week with a 1-1 mark. Having suffered recent losses to Notre Dame and North Carolina, where UM was outscored by 19 or more in the second half, the fourth quarter blues appeared to be returning when they faced Clemson Thursday night. After the Canes had led by as much as 22 in the second half, Clemson tied the game at 64 in the final minute. Luckily for Miami, Kelsey Marshall hit a 3-pointer on the ensuring possession and the Tigers were unable to respond as the Hurricanes held on for a 68-64 win.

Marshall’s late shot was the most important on a career night for the junior, with 22 points. Mykea Gray added 16 points and Brianna Jackson registered 10. Destiny Harden’s seven rebounds, meanwhile, were a team-high for Miami.

Head coach Katie Meier improved to 2-0 on the season against former colleagues in the win over Clemson coach Amanda Butler, who served under Meier when she was at UNC-Charlotte from 2001-05.

Unfortunately for the Canes, that is where the week’s good news ended, as Sunday’s trip to Florida State ended in a 79-61 loss. Miami’s undoing was giving up a run in the second quarter, allowing the ‘Noles to enter halftime up 40-26 after the game had been tied just over seven minutes earlier.

Marshall once again led UM with 21 points, and was joined by teammates Mykea Gray, Brianna Jackson and Endia Banks, who logged 12, 12 and 10 points respectively. However, Miami had just six combined points outside the aforementioned four scorers, a recipe for defeat in ACC play.

Nicki Ekhomu led FSU with 19 points and Kiah Gillespie provided a double-double with 18 points and a game-high 10 rebounds.

The Canes drop to 11-9 and 3-6 in the ACC, having now lost five of their last six matchups.

They’ll return home to face Georgia Tech on Thursday at the Watsco Center with a 6 p.m. tip-off.

The Canes were in action for a pair of matches in California this weekend at the ITA Kick-Off at Stanford University. Taking on 13th ranked Cal-Berkeley first on Saturday, the Hurricanes fell 4-0 after they narrowly lost the doubles point with Francisco Bastias/Adria Soriano Barrera falling in a tiebreak. Miami was unable to recover in singles, with Dane Dunlap, Bastias falling in straight sets and Soriano Barrera losing in three sets. The remaining three singles matches were left unfinished.

Sunday brought a welcome change in results, with Miami taking a 4-2 win over Tulane. Soriano Barrera and Bastias won the decisive doubles match 6-4, which set up the singles matches nicely for UM. Junior Benjamin Hannestad was the first Cane to win in singles (6-3, 6-2) while Franco Aubone prevailed next (6-3, 6-1). And in spite of defeats by Dunlap and Bojan Jankulovski, Soriano Barrera again won in the clutch, this time by a 6-2, 1-6, 7-5 scoreline to seal the overall win for the Hurricanes.

The men are next in action against Mississippi State in Fort Myers, Florida on Feb. 2.

No. 23 Miami headed up to Tallahassee for a pair of weekend matches, first against No. 18 Texas A&M Aggies, in a battle of ranked programs. Miami fell 4-2, even after getting off on the right foot thanks to doubles wins from Selma Cadar/Maya Tahan (6-4) and Yuna Ito/Florencia Urrutia (7-6) in a nail-biting tiebreak. Defending singles national champion Estela Perez-Somarriba cruised to a 6-0, 6-0 win in her singles match, but no other singles matches went the way of the Hurricanes against the Aggies.

One day later Perez-Somarriba notched win No. 135 in her career as a Hurricane with a 6-0, 6-2 triumph, setting a UM program record for most singles wins. It was part of a 4-0 team sweep of UC Santa Barbara, where the Canes once again took the doubles point and rode additional singles wins from Tahan (6-3, 6-1) and Cadar (6-4, 6-4) to end the weekend on a high note.

Miami’s next scheduled match is on Feb. 13 in Nashville against No. 9 Vanderbilt.

The swim team joined the women’s tennis and women’s basketball team in Tallahassee on Saturday for a tri-meet with Florida State and Florida Atlantic. Miami finished second between FAU and the victorious Seminoles. Freshman diver Mia Vallee won the only individual event for the Hurricanes in the one meter dive.

Miami’s divers return to the boards at the South Florida Diving Invitational at FIU on Feb. 7, while swimming returns to the pool for the First Chance Meet at home on Feb. 15.

With King’s arrival, Williams enters transfer portal
On campus vs. off campus housing: Students weigh in 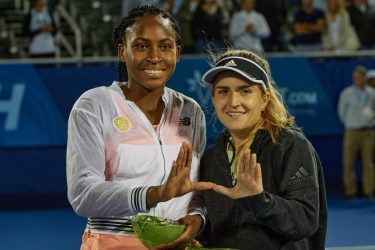 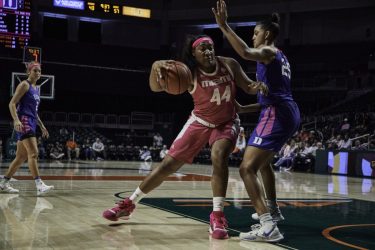 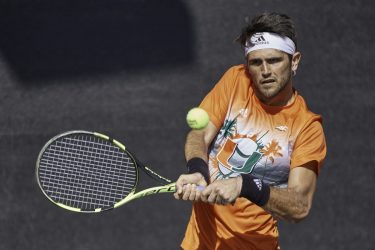