Home » On campus vs. off campus housing: Students weigh in

On campus vs. off campus housing: Students weigh in

As Lakeside Village gears up for incoming residents, students both on and off campus have begun to decide their housing plans for next semester. Although the Lakeside Village promises a unique and convenient residential experience, many students are forced to consider whether the glamor is worth the price tag.

“I think that you’re going to see a divide on who can afford to be in the new dorms versus who cannot afford the new dorms,” said Stephanie Walcott, a second year computer science major currently living in the Mahoney residential hall.

The least expensive apartment style residence at Lakeside is nearly $3,000 more expensive per semester than the single suites of Stanford and Hecht. Those Lakeside units are almost $2,000 greater than those in Mahoney, Pearson and Eaton.

Yet, many students acknowledge that it was due time for the university to revamp its living facilities, considering its reputation for these student amenities.

“I think for what you’re paying, it’s really not as nice as it could be for a school that likes to boast about its facilities,” said Aaron Bissoondial, a sophomore majoring in jazz.

The apartments feature kitchenettes and comfortable furnishings, and common spaces include 24-hour study areas and an outdoor recreation center.

But for most students, choosing to remain anywhere on the university campus also offers beneficial factors such as convenience and safety. With Cane Card access required for all current residence halls and security patrolling campus, the campus’ safety infrastructure puts both students and parents at ease.

“It comforts my mom to know that there’s constant security on campus,” said Bissoondial. “I know some kids whose houses got robbed, so it’s definitely nice not worrying about that too much when you’re high up on a floor with card access.”

But others argue that the affordability of off-campus housing is unattainable on or near campus. And while commuting makes reaching class on time more difficult, it can be manageable from certain Miami regions said Delphine Djomo, a sophomore who lives in Brickell.

“Although I don’t think that the metro is the best public transportation system, for getting to and from the campus it’s pretty great,” said Djomo.

By living near the Brickell metro stop, Djomo is able to get directly to campus from her apartment. Being near grocery stores and other shops also means that she does not need a car— another possible added expense of living off-campus.

Also, with more space and access to amenities such as a gym and indoor pool, her complex feels far more accommodating for less of the financial strain that may be presented by on-campus options.

Djomo does, however, acknowledge that it has become more strenuous for others living further from the Metro, which can become unreliable on weekends or at night.

But for others, a short distance from the heart of campus may be what’s needed for a breath of fresh air and a new sense of community.

“It’ll be kind of nice living off campus, having a single room and hopefully throwing some crazy parties,” said Bissoondial, who plans on moving into the University Village next semester with a group of friends. 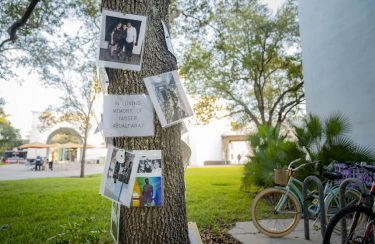 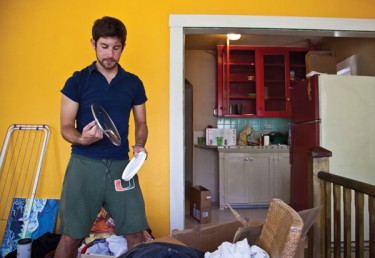