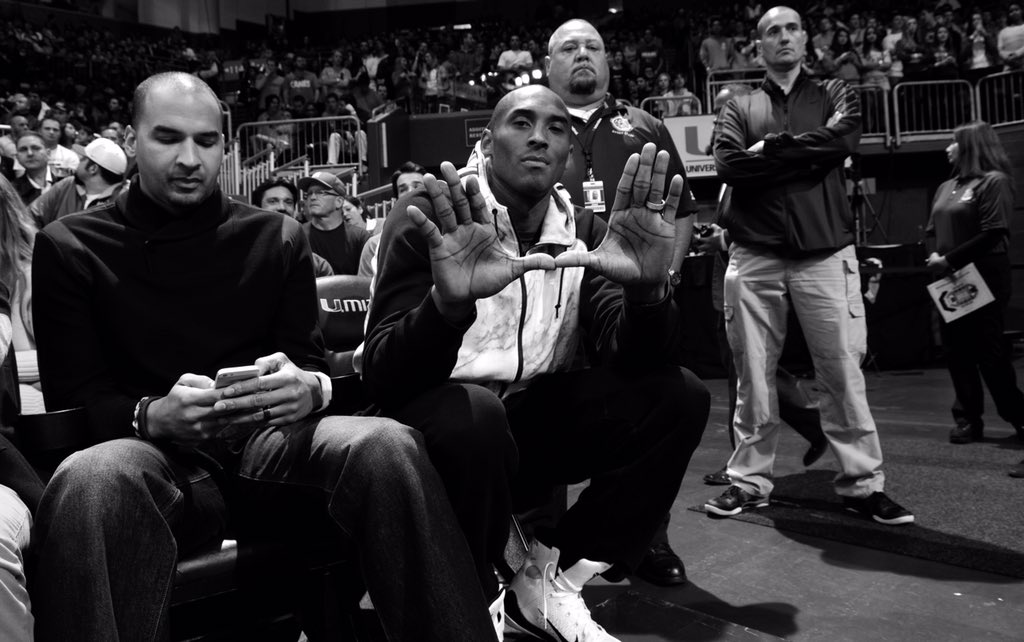 Former NBA superstar Kobe Bryant tragically passed away at the age of 41 after his helicopter crashed in Calabasas, California Sunday morning. Bryant, and his 13-year old daughter Gigi were on their way to the Mamba Sports Academy in Thousand Oaks for her basketball game.

Bryant played his entire 20-year career with the Los Angeles Lakers, where he won five NBA Championships, was an 18-time All Star and 2008 league MVP.

Not only was Bryant one of the best to play the game, but his dedication and work ethic inspired a whole generation of basketball players. After the shocking news broke, many current and former Miami basketball players took to social media to share how much Bryant meant to them.

An icon that was much bigger than basketball has passed away far too soon.

“I grew up hating on you because I was the biggest [Lebron] fan anybody knew, but deep down I knew your mentality and determination was unmatched,” Chris Lykes said in a post on Instagram. “You weren’t my favorite player but somehow I looked up to you. Somehow, I feel like you had a major influence on my game and as I got older I saw why so many people loved you. You wouldn’t take no for an answer and I see that in myself. It was sad to see you retire but this, this doesn’t seem real. Thank you for your influence on the game of basketball. Rip to a legend.”

Retire the No. 24 in all sports everywhere !!!! RIP Kobe 🐍🙏🏻 pic.twitter.com/Q2mtcgOfIW

Plz God No. Not Kobe

Kobe was the reason I EVER picked up a basketball!!!!! My Favorite player ever man!!!!!!! Never gone let this one go…. Shit ain’t fair man🥺🥺🥺

“Today is one of the saddest days in my lifetime. It seems like a bad dream that you just want to wake up from. It’s a nightmare,” Bryant said in a video posted on Instagram. “I know we all feel the same way about such a great leader, such a great champion, such a great person. If you got a chance to really know Kobe, there ain’t nobody better man.”

Bryant’s death comes one day after he was passed by current Laker Lebron James for third place on the NBA all-time scoring list.

Seven other people were killed in the helicopter crash, including Orange Coast College baseball coaching legend John Altobelli, his wife, Keri, and their daughter Alyssa.