Jon Brion, the composer-producer Miller collaborated with before his death, expressed publicly how important it was for him to finish the vision Miller had for “Circles.”

“When the family came to me was one of the more memorable days of my life, because a little bit of time had passed, but it was very, very, very fresh for parents who had lost a kid,” Brion said in an interview with Vulture. “They asked me to see it through. I said I would.”

“The only thing I care about is people getting to hear it. The people who are affected by it have the benefit of being affected by his insight and his articulation. Everything else doesn’t matter,” Brion said later in the interview.

This 12-track LP that was reportedly supposed to be a companion to “Swimming” and part two of a three-part saga is eye-opening and emotional. “Circles” does in fact match the energy of “Swimming”, with powerful lyrics and smooth production that discusses many of the hardships Miller was battling towards the end of his life. 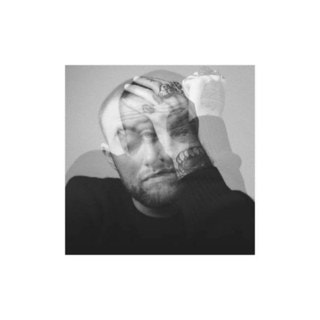 Issues such as addiction, pain from his broken relationship with singer-songwriter Ariana Grande and working through depression are clear inspirations for much of the lyrical content on this project. It is beyond clear that Miller had finally found himself on “Swimming”– deemed his most personal release at the time. This claim is further strengthened by the empowering messages and crooning vocals that followed on “Circles.”

Right from the start of the titular track “Circles,” there is nothing but bliss coming from Miller’s voice. A powerfully raw track, this album opener proves that Miller’s spirit is not gone. He still has more artwork for us to embrace, even after death.

“Circles” and following tracks “Complicated” and “Blue World” showcase Miller in a way that audiences have never seen him before. Although he was known for his ability to spit a hard-hitting rap verse early in his career, it is evident that “Circles” is not that. Rather, he brings a soft, passionate approach.

The next two songs, lead single “Good News” and “I Can See,” are perhaps some of the most gorgeous from the LP. “Good News” is a stripped-down, guitar strings example of Miller’s emotional duality on the project. “I Can See” dishes out a smooth, syrupy production over Miller’s whisper-like voice that’s highlighted with hidden, milky harmonies that many believe to be those of ex-girlfriend Grande.

“Everybody,” “Woods” and “Hand Me Downs” use their lyrics to dive into the depths of Miller’s depression. On “Hand Me Downs,” he pleads for sanity and safety from his thoughts, perfectly complemented by light production from Brion. Miller’s discussion of death on “Everybody” is haunting, opening as a quiet, piano-like ballad that expands into soft rock.

By this point in the album, it is clear that “Circles” will never open up into a full rap album like Miller’s early projects, and that’s perfectly okay. “Circles” is introspective and thoughtful, filled with meaning. However, the rhythm and flow Miller developed early in his career is certainly not completely absent, appearing on tracks such as “Hands.”

Closing tracks “Surf” and “Once a Day” serve as reminders of the introspective lens that Miller used to look at life. He was always stepping back and viewing things from new perspectives. On “Once a Day,” there is no beat drop, no bass. There’s just Miller’s voice pondering regret and the fast-pace of life. And it’s a stunning ending to the album.

It’s crushing that some of the rapper’s most insightful songwriting was just coming to light right before he died. “Circles” showcases that he was someone who was truly taking time to try and rebuild himself from darkness. But, it is only fitting that Miller’s final project was one where he was focused on self-reflection, and hopefully, he found the peace he sought in his final days.

Click here to listen to Miller’s final album yourself.