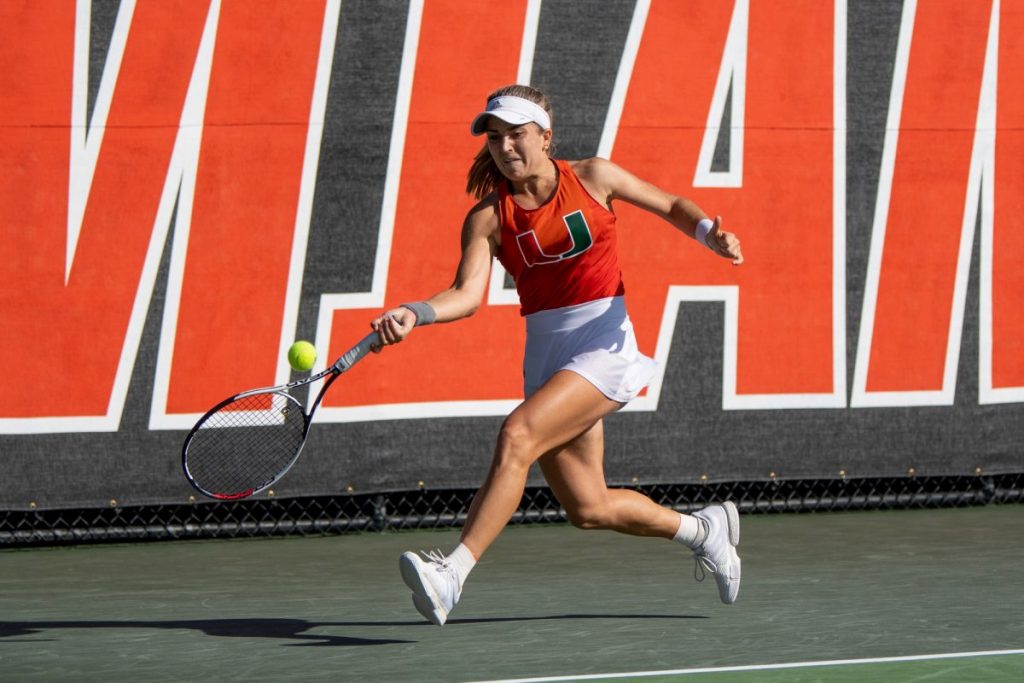 Estela Perez-Somarriba races for the ball. The senior won all three of her doubles matches. Photo credit: Jared Lennon

Day 1: The veterans lead the way.

It was windier than usual, but the sun was still shining as the Hurricanes kicked off the first day of the Miami Spring Invite. Miami welcomed Northwestern, Oklahoma, and the No. 10 Vanderbilt to the Neil Schiff Tennis Center on Friday.

The Canes struggled early in their doubles matchups against Northwestern, winning only one of three matches. Sophomore Daevenia Achong and senior Estela Perez-Somarriba defeated sisters Christina Hand and Clarissa Hand 6-0.

“We have to get better in double, but all-in all, it was a good first day,” Miami head coach Paige Yarokshuk-Tews told Hurricane Sports.

Establishing a much more dominant front in singles, Miami went 6-1 overall against Oklahoma, once again led by veteran players Perez-Somarriba and Achong. Perez-Somarriba’s strong serve helped seal the victory on match point as she defeated No. 87 Martina Capurro 6-3, 6-3. Achong defeat Oleksandra Korashvili after a difficult second set where she broke her opponent multiple times to sweep the final set 7-5, 4-6, 6-1. 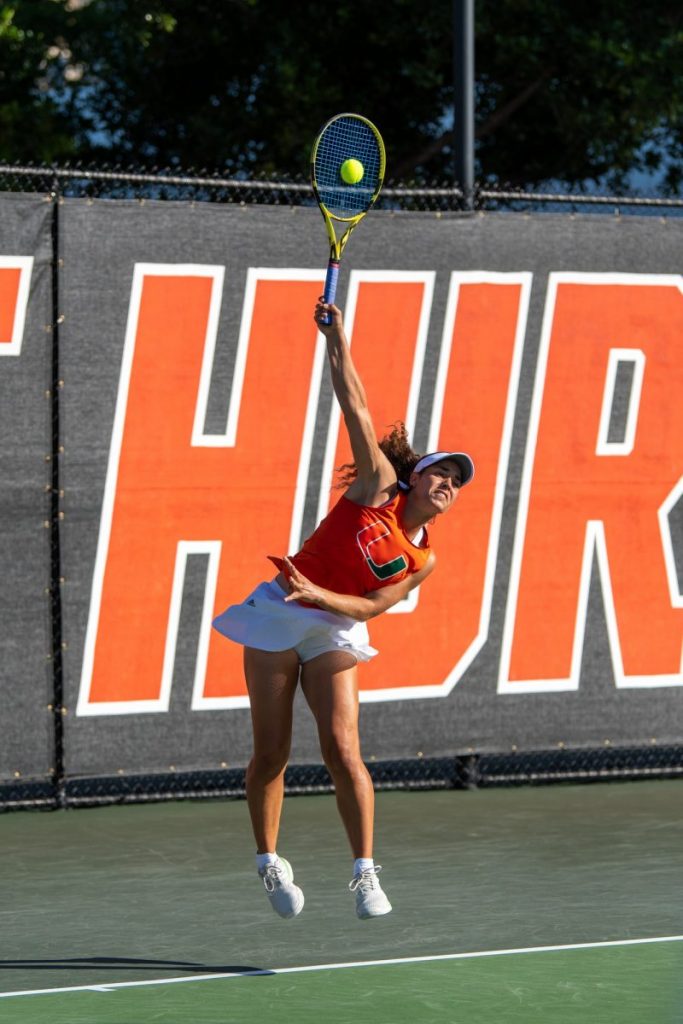 Perez-Somarriba and Cadar got a huge doubles win against Oklahoma sisters Carmen Corley and Ivana Corley. After struggling to return the Corley sister’s serve and strong forehands, the Canes changed their game plan and decided not to send anyone up to the net and instead opted to stand with both girls at the baseline. It worked and Perez-Somarriba hit three winners to give my Miami the 40-15 advantage. In the game point, Perez-Somarriba did it again, moving up to hit a volley at the net. The Corley sisters couldn’t return it and the Canes were able to force the match into a tie break. In the decider, the Canes were able to break Oklahoma’s serve as Cadar hit a backhand winner down the line giving the Canes the 7-6 (7-5) victory. 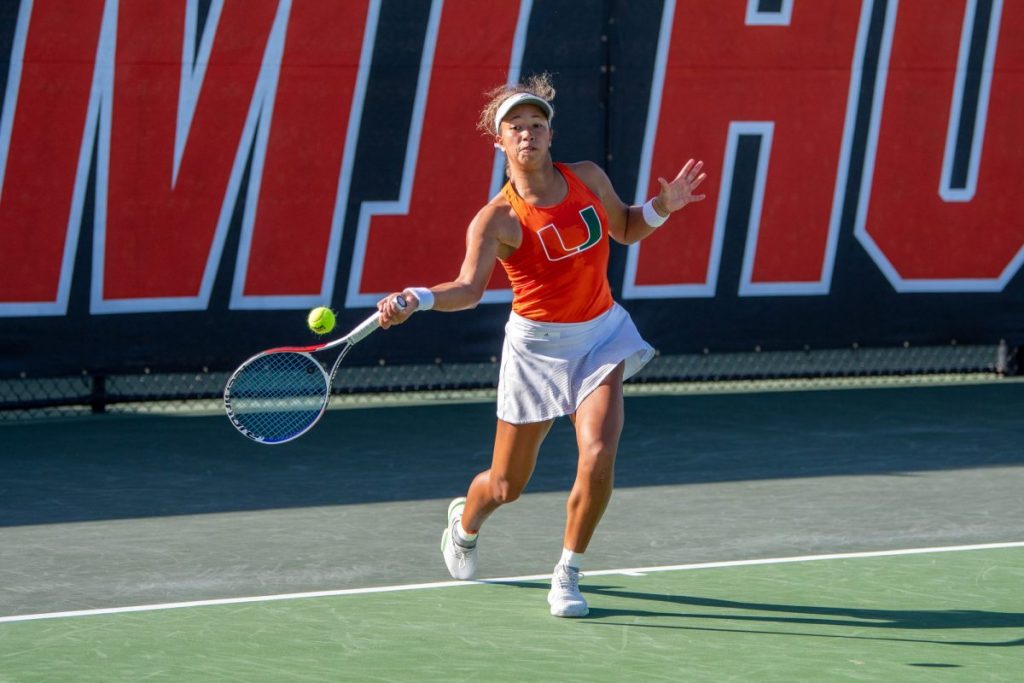 Sophomore Daevenia Achong won all of her matches, including a singles victory over the No. 22 ranked Georgia Drummy of Vanderbilt. Photo credit: Jared Lennon

Things only got more interesting as both Achong and Perez-Somarriba were forced into third set deciders in singles. Achong opened the match strong, winning the first set 6-4, but Vanderbilt’s Drummy was able to come back 6-1 in the second set to force the tiebreak. Achong was able to break Drummy and defeated the No. 22 player 6-4, 1-6, 7-6 (7-5).

Up 40-0 on match point, Perez-Somarriba sent a speedy forehand towards Vanderbilt’s No. 32 Rosca, who was unable to return it and hit the ball straight into the net. Clutching her fist and letting out a “vamos”, Perez-Somarriba defeated Rosca 6-3, 4-6, 6-4.

The Canes finished the day 6-1 in singles, finishing with a total of 15 team points, enough for first place overall in the tournament. The team will travel to Tallahassee, Florida for the ITA Kickoff Weekend on Jan. 25.