Snapshots from the Beaux Arts Festival

This past weekend, white tents lined the University of Miami’s Stanford Drive and Foote Green as local artists sold everything from handmade jewelry and home decor to original paintings and framed photography. Thousands of people flocked to campus to peruse the booths, many of them taking home new purchases. 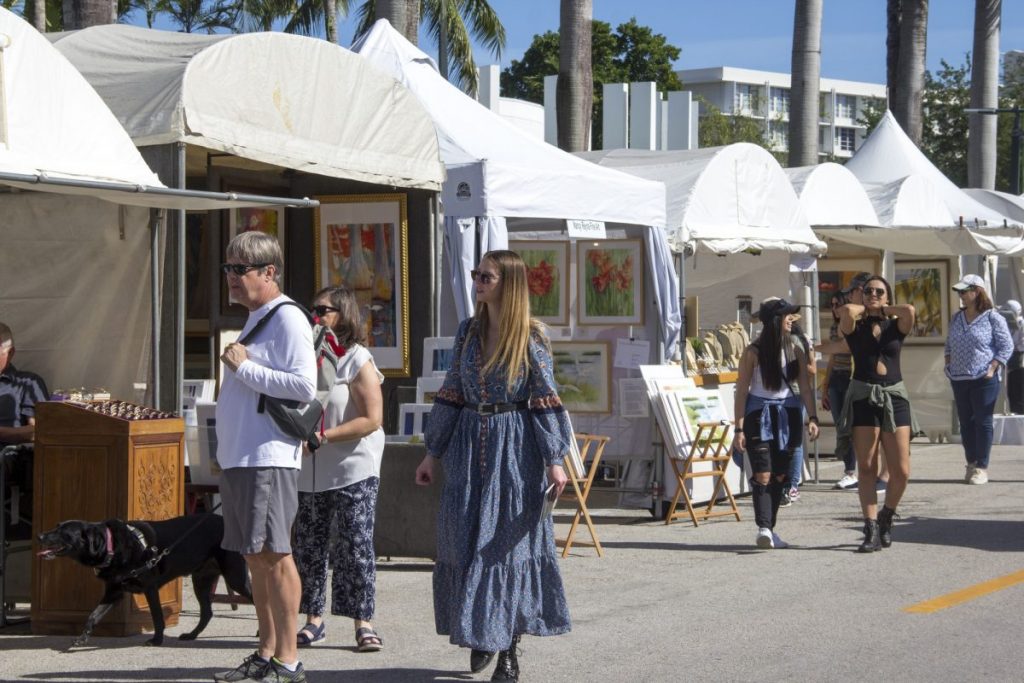 Frederic Witkin is a mixed media artist based in Miami. His collection is Freudian Slips: Mixed Media Fugitives From The Semi-Subconscious. This is his third consecutive year participating in the Beaux Arts Festival. In 2019, he won “Best in Category” for mixed media.

Witkin is an alumna of University of Miami, and began his artistic journey by drawing and painting. He began experimenting with mixed media ten years ago, after a trip to San Miguel de Allende in Mexico where he bought a locally-made papier-mâché rooster. The Mexican art piece inspired him to create his own art objects, made of different material such as papier-mâché or roadside metal scraps.

“Anything I can get my hands on, I try to make something of it,” he said. “Nothing can escape me.” This includes a piece of metal from Namibia during his travels, which Witkin said he brought back home to incorporate into his artwork.

The artist describes himself as “un-professionally trained,” and prefers to develop his creative skill through experimentation and taking art courses when he travels. While taking classes at Ceramic League of Miami, he learned about “raku”: a Japanese-style pottery making where ceramics under very high temperatures are taken from a kiln, and placed in a flammable material like sawdust or newspaper to oxygenate. This produces a glazed, colorful metallic effect, which can be seen in many of Witkin’s art pieces at the festival.

“A lot of my art is Frankenstenian,” Witkin said. When he rotated his semi-raku pieces, iridescent colors on the glaze shimmered in the light. “The great thing about art is that there are no rules.” 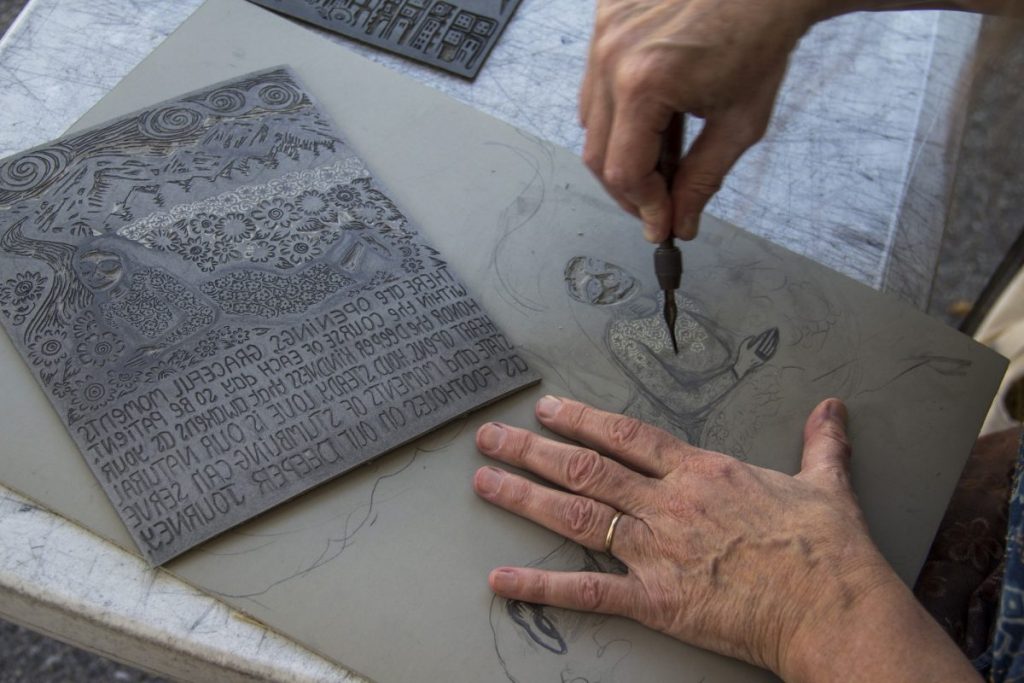 MASTERFUL WORK:An artist does a carving demonstration for those passing by. Photo credit: Rohama Bruk

Jeff Kulman won first place in the photography category at the Beaux Arts Festival. According to his artist statement, he is a self-taught fine art photographer since 2001.

“I enjoy representing myself,” Kulman said. He elaborated on how he likes festivities because he enjoys seeing people’s reactions, and the ability to discuss the stories behind his artwork.

All of Kulman’s artwork is shot on film and developed by himself personally. “I feel I am really a part of all of it. My hands are developing the work,” Kulman explained about the film developing process.

His work was mainly black and white, but his wife’s mental health inspired him to incorporate more color into his work, courtesy of his artist statement.

Kulman feels as items with wood, texture, old barns and old architecture are slowly going away. He believes, “photography is good for preserving and freezing those moments in time.”