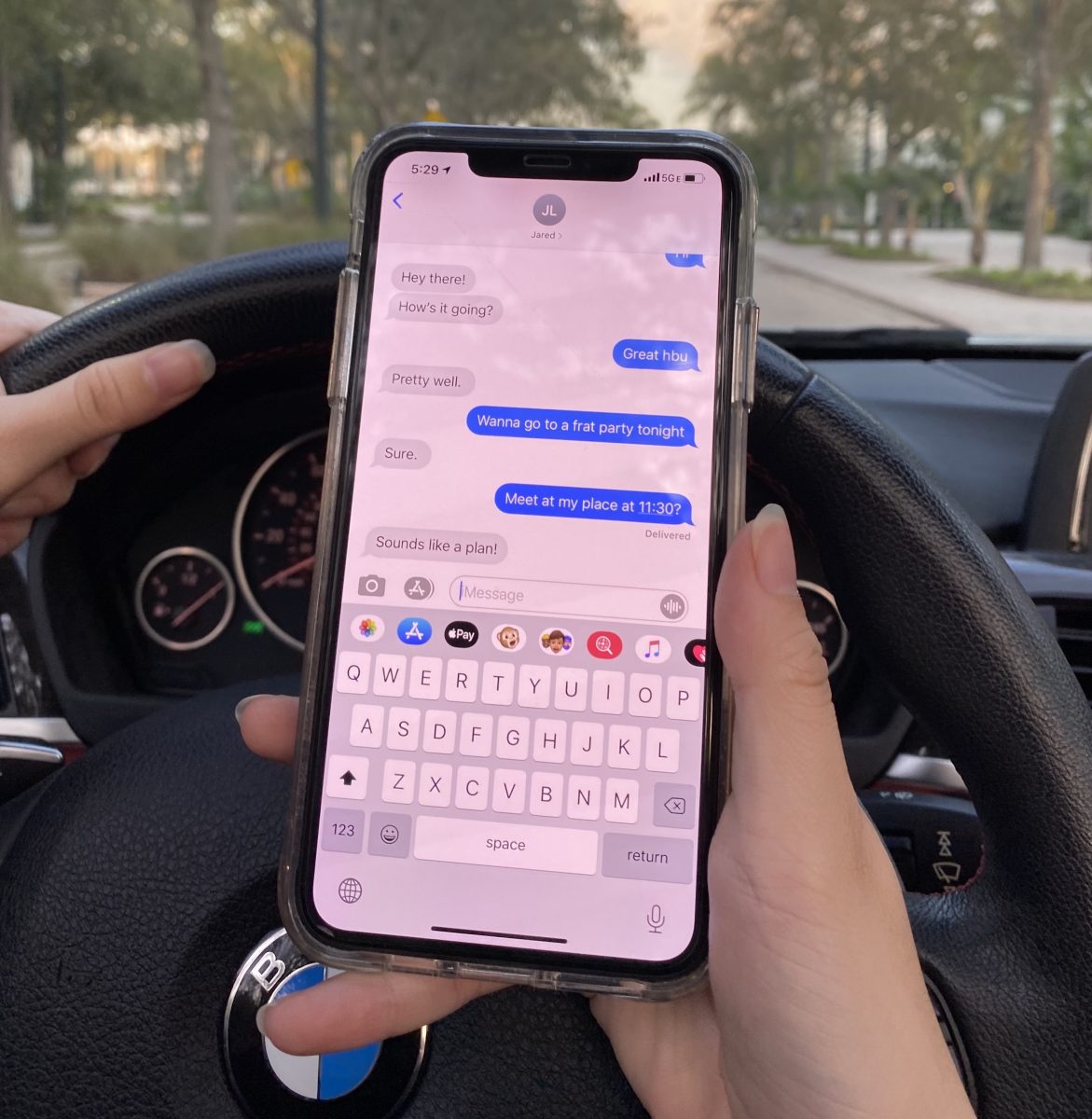 Unplugging her laptop from the charger, Stephanie Prieto began browsing through her emails. She opened a newsletter from The Miami New Times and was met with surprising news: A new Florida driving law makes texting and driving a primary offense. Prieto immediately knew she needed to face the change.

“The new laws regarding texting and driving will help keep me in check and promote more spatial awareness among drivers on the road,” said Prieto, a senior majoring in political science. “I’m surprised it took this long to introduce more drastic measures for this deadly practice, but it is a change that all Floridians must embrace for a better future.”

The bill, signed by Governor DeSantis, makes texting while driving a primary offense. Although the law went into effect July 1, 2019, the six-month grace period recently ended, meaning that law enforcement officers can now pull over drivers and give a citation solely for texting behind the wheel. According to the new law, texting also includes messaging, emailing and other forms of typing on a mobile device.

Use of a cellular phone with a headset is permitted while driving if sound is provided through one ear and allows surrounding sounds to be heard with the other ear. Phones may be used for navigation but must not prevent drivers from using both hands on the wheel.

Under the new law, a first texting offense will be punishable by a $30 fine and court fees. A second offense carries a $60 fine, court costs and related fees and three points on a driver’s license.

Anabella Zambrano, a junior double majoring in broadcast journalism and Hispanic media, said the law should have been in place years ago because she believes that it could have prevented more deaths.

Officers are also able to pull over a driver based on speculation of texting while driving. Previously in the state of Florida, texting while operating a vehicle was classified as a secondary offense, meaning that police officers were limited to solely citing drivers after they pulled them over for another primary offense.

“The new texting and driving policy will definitely make drivers like me think twice before picking up our phones,” said Brianna Martin, a sophomore majoring in business entrepreneurship. “The law will help spread more awareness and keep drivers in check.”