Home » Hurricanes check in at no. 3 in D1 baseball rankings

Hurricanes check in at no. 3 in D1 baseball rankings 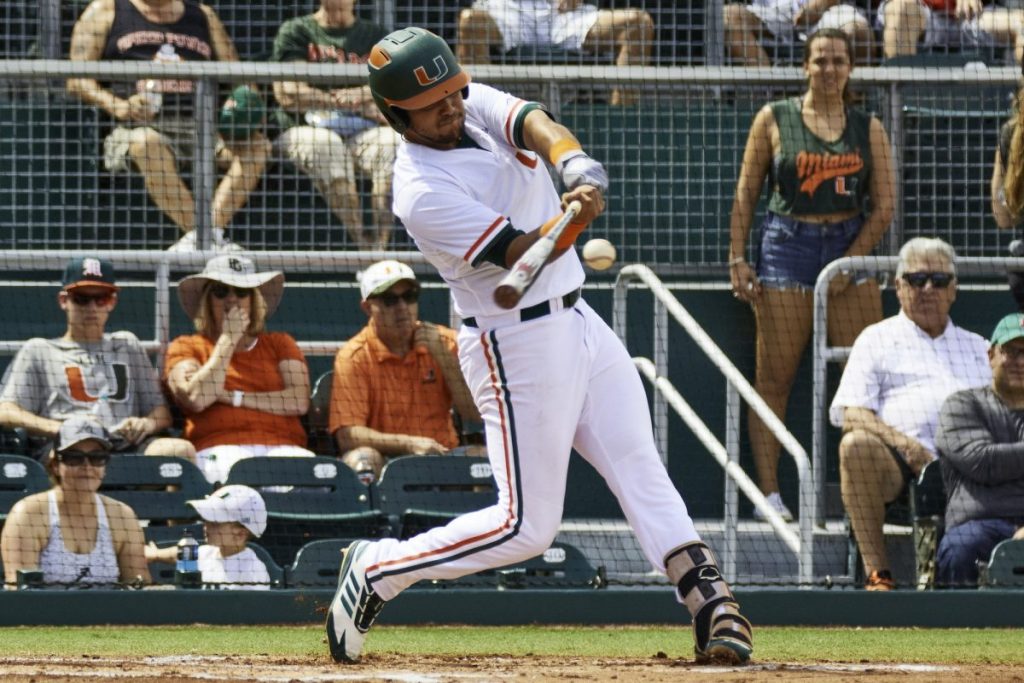 The Miami Hurricanes’ hopes and expectations for the upcoming 2020 season continue to be sky high, with UM clocking in at No. 3 in Division I baseball preseason rankings, trailing only defending national champions Vanderbilt and Atlantic Coast Conference foe, No. 1-ranked Louisville.

This represents the first time the Hurricanes have made the preseason Top 25 since 2017, when they were ranked No. 21. The last time the program was ranked in the preseason Top 10 was in 2016, when Miami was slated at No. 6 and most recently made the College World Series. In-state rival Florida follow the Canes this year at No. 4, while Mississippi State, which knocked out the Hurricanes from last year’s NCAA Tournament at the Starkville Regional, was placed at No. 10. Six other ACC teams also cracked the rankings outside of the Top 12: 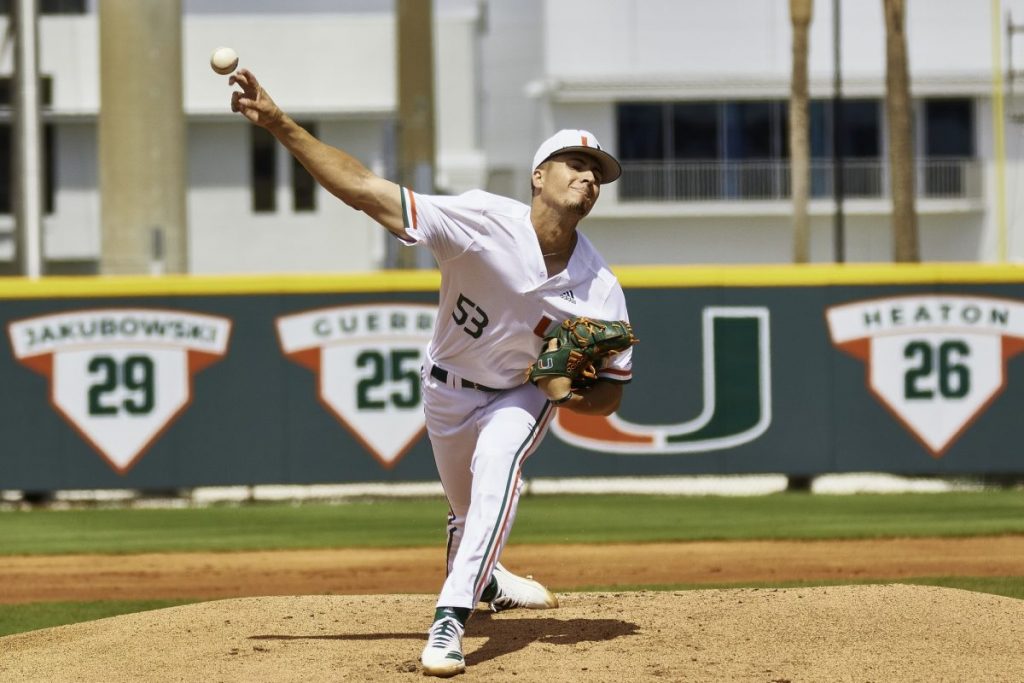 The Hurricanes return eight of their nine best hitters from a season ago, including sophomore catcher Adrian Del Castillo (.331/.576/.418), junior third baseman Raymond Gil (.318/.565/.386) and junior first baseman Alex Toral (.293/.656/.400). Toral and Del Castillo were both named to the 2020 Perfect Game Preseason All-American third team. They were also both named Preseason All-Americans by Collegiate Baseball, along with Gil and redshirt senior pitcher Brian Van Belle.

Head coach Gino DiMare enters his second year at the helm in Coral Gables, after taking over for longtime skipper Jim Morris, who retired in 2018 after 25 years with the program.

UM will meet its first ranked opponent in 2020 when the Gators come to Alex Rodriguez Park at Mark Light Field on Feb. 21-23. The Canes will travel to Duke for a series between March 27-29, host UNC April 10-12 and then welcome Louisville the weekend of April 17-19 for a potentially pivotal league series. They’ll also see road tests at FSU on April 24-26 and against Georgia Tech in Atlanta between May 14-16.

Miami also made the Top 10 in two other major publications’ rankings, sliding into the No. 7 spot in the Perfect Game Poll and No. 4 in the Collegiate Baseball Newspaper.

The Canes open up the season with a three-game series against Rutgers at Mark Light Field, beginning Feb. 14.