Miami men’s basketball welcomes No. 2 Duke for first game of 2020 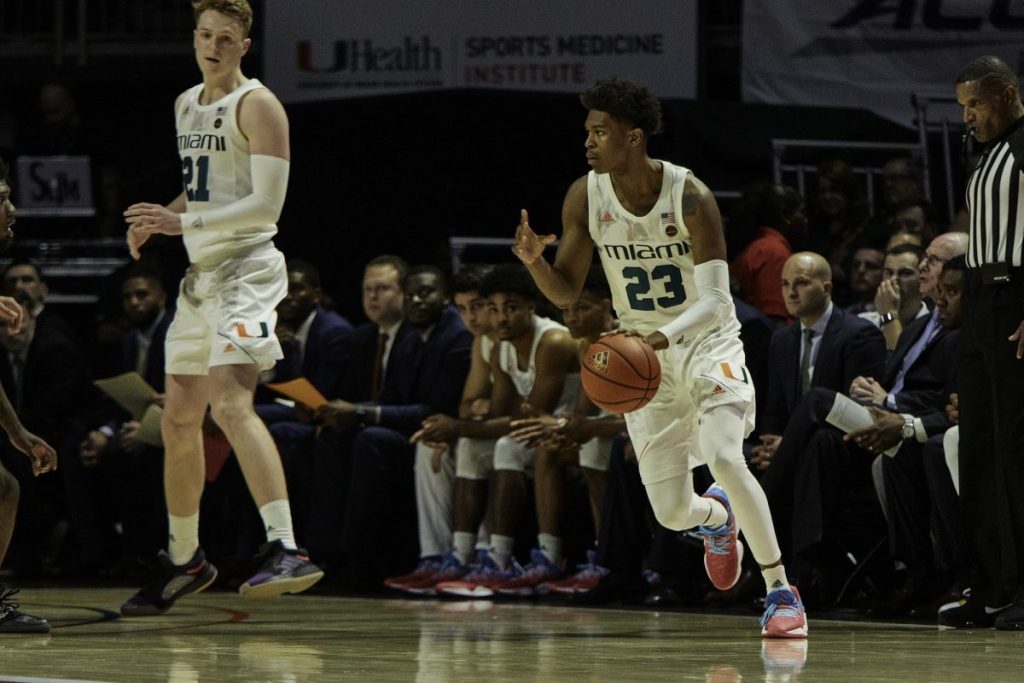 Miami basketball ended 2019 in impressive fashion with a comeback overtime win over Clemson. But it’s a new year and the Hurricanes will face their most difficult opponent of the season as they host the No. 2 ranked Duke Blue Devils Saturday night.

“I was very, very pleased that in the month of December we won all our games,” head coach Jim Larrañaga said. “It was a good way to end 2019, but if you look at our January schedule, I don’t think there’s a team in the country that compares with the level of difficulty that we’re going to face, starting tomorrow night against Duke.”

Duke is coming off an 88-49 blowout win over Boston College and will be eager to continue that into the new year at the Watsco Center.

But this year’s matchup will present a unique challenge for both teams. Duke is playing the best defense it has in a while and Miami’s backcourt is putting up some of the best numbers in the country. Miami is the only team in all of college basketball with three guards who are averaging more than 15 points a game, with Chris Lykes, DJ Vasiljevic and Kameron McGusty. Vasiljevic, a 6’3 senior guard from Australia, has proven how dangerous he can be from the 3-point line, boasting a 46.7 percent 3-point shooting average.

The Blue Devils, however, have one of the best big-men in the country in Vernon Carey Jr. The 6’10 center grew up in South Florida and was heavily recruited by Coach Larrañaga since Carey was in eight grade.

“He’s so big, so strong and so athletic. He has great instincts on the court,” Larrañaga said. “He’s a handful for us.”

The key for Miami will be to pack the lane and keep Carey and the rest of Duke out of the paint. Duke also holds an advantage under the basket on defense, averaging eight more rebounds per game than the Hurricanes. Miami will need to convert on its first opportunities to limit Duke from grabbing rebounds and pushing the ball up the court. Forward Matthew Hurt and point guard Tre Jones are two other Blue Devils that the Hurricanes need to pay close attention to. Hurt scored 25 points in Duke’s win over Boston College and Jones is an experienced guard that is the emotional leader of the team.

“I think Duke right now is probably the best team that I’ve seen,” Larrañaga said. “They are a tremendous transition team. This is definitely one of their best defensive teams. It’s going to be a real challenge for us.”

Miami will also be at a slight disadvantage because of injuries. Freshman guard Harlond Beverley, who sustained an injury in Miami’s win over Clemson, did not practice Thursday or Friday and it is unknown if he will be available for Saturday night’s game. Redshirt junior forward Sam Waardenburg is also dealing with a lower leg injury, but is expected to play.

“I’m looking forward to the challenge come Saturday,” Vasiljevic said. “I think we’re all excited. I think we’ll be really energetic and ready to play.”

Despite an even record between the two teams in recent years, Miami will no doubt have to play its best basketball to pull out a win over Duke.