For 14 years at the University of Miami, a woman topped the helm of leadership –President Donna Shalala.

Four years after Shalala stepped down in 2015 to eventually become a U.S. congresswoman, women are once again running the academic show at UM – not as president but as leaders of the faculty senate, the board of trustees and student government.

The 2019-2020 academic year marks the first time when both the faculty senate and board of trustees leadership comprises all women.

For many, their positions bring hopes that increased inclusivity and representation of women in power is no longer an exception, but the norm.

“It gives our students role models, and I hope makes them feel that we’re approachable and interested in their issues,” said Neider, who served as first vice chair for four years prior to being elected senate chair.

“It really emphasizes the fact that we embrace diversity, which is a key objective of the faculty senators, board of trustees and university administration.”

Faculty senate is the representative body of the university made up of 49 elected faculty senators through which faculty may channel their voices and ideas. The senate meets monthly and officer elections are held annually.

Bramlett said she believes the new leadership will move forward a continued interest in increasing representation at the university.

“Based on some of our recent conversations with the administration at both the Coral Gables and medical campuses, this topic is at the forefront of their issues to address,” said Bramlett, a professor of neurosurgery and psychology.

“I would like to think that having female role models in leadership positions would impact not only our female undergraduates but our male students as well.”

All four women elected to leadership roles have a long list of exemplary achievements. Neider has served as vice dean for various academic programs, Newman has held leadership positions in the American Bar Association, Bramlett has been a recipient of a prestigious National Institutes of Health research grant and Bass was former co-president of renowned Miami-based law firm Greenberg Traurig.

Bass is only the second woman in the university’s history to chair the Board of Trustees.

At a “Diversity and Inclusion” conference sponsored by the Miami Herbert Business School in September, Bass talked about the importance of women changing the way they might see themselves in leadership roles.

“I am working closely to ensure we are educating our young women to go into the workforce fully prepared,” said Bass, who is the founder and president of the Bass Institute, an organization she started this year to help companies, law firms and institutions retain and elevate more women to senior management.

Paying close attention to the kind of dialogue that takes place both in and out of the boardroom is one way implicit bias impacts women, Bass said.

Using herself as an example, she said when her male coworkers would walk into a board meeting she was hosting, she would ask, “Can I get you some coffee?”

That simple offer is perpetuating the idea that women are supposed to cater to men, she said. By changing her language to “Help yourself to anything you want to drink,” she attempted to shift the dynamics of the meeting.

“I had to train myself to sit at the head of the table, communicate to the community that I am in charge; I am in fact leading this meeting,”

Merike Blofield, director of the university’s Gender and Sexuality Studies program, complimented the faculty senate’s female leaders on their established record of excellence.

“It has to be emphasized that these three individuals are extremely competent,” said Blofield, who is also a former member of the faculty senate’s Equity and Inclusion Committee. “I just have strong faith in them as faculty and as representatives of faculty interests.”

Blofield said that the work of the faculty senate’s Equity and Inclusion Committee, such as studying opportunity disparities occurring among university faculty, highlights the importance of women leadership in administration.

“It’s important for faculty to see that women can rise to the top of faculty senate leadership,” Blofield said. “As a woman, you have that bias working against you that you’re somehow less eligible for these positions.”

Having women in power in UM administration allows for initiatives that may have otherwise remained stagnant, Chokshi said.

In 2018 student government began an initiative to provide free feminine hygiene products in the majority of campus restrooms. This was a significant move considering the number of students it would impact on campus: 53 percent of graduate and undergraduate students are female and 59.6 percent of faculty are female.

“It is important that we have leaders who are conscious of the things that affect every student, including females,” said Chokshi, a public health major.

Chokshi said she has faced bias as a female leader on campus.

“When it’s an aggressive male leader, that’s normal,” said Chokshi. “But if you’re an aggressive female leader, people might say you’re sassy. It’s one of those things where you have to take what people say about you and just keep going.”

Isabel Tragos contributed to this reporting. 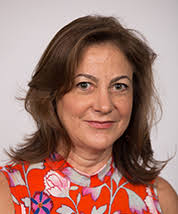 Newman is a professor of clinical legal education and director of the Health Rights Clinic at the University of Miami School of Law. She also serves on the Board of Directors for the American Civil Liberties Union of Florida.

Bramlett is the director of the Undergraduate Neuroscience Program at the University of Miami, as well as managing editor of Therapeutic Hypothermia and Temperature Management for the Journal of Neurotrauma and Translational Stroke Research.

Hilarie Bass, chairwoman, University of Miami Board of Trustees 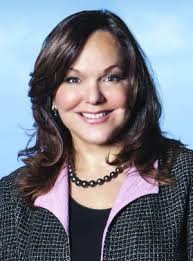 Bass is a prominent attorney and cofounder of Greenberg Traurig LLP. She is also the president and founder of the Bass Institute for Diversity and Inclusion, working to ensure inclusivity in the field of law.