Home » The 2010s: Recounting a decade of iconic music

The 2010s: Recounting a decade of iconic music

2019 is wrapping up, bringing with it the end of an iconic decade of music that won’t be easily replaced. The past ten years brought with it everything from the holy trinity of pop music (Kesha, Katy Perry and Lady Gaga), the era of Rihanna and Beyonce, the resurgence of female rappers and, of course, Taylor Swift.

They brought us unforgettable hits such as Adele’s “Rolling in the Deep,” Pink’s “So What,” Taio Cruz’s “Dynamite,” Lorde’s “Royals,” Pharrell’s terribly overplayed “Happy” and even Robin Thicke’s controversial “Blurred Lines.” They brought dance crazes that were popularized by platforms such as Youtube— including 2012’s “Gangnam Style” and 2013’s “Harlem Shake.” And, they ushered in a new generation of flippy-haired pop-stars such as Justin Bieber and equally as flippy-haired boy bands such as One Direction.

The 2010s completely redefined the music industry. When the decade began, spots on Billboard’s coveted charts were based solely on album sales, download sales and radio airplay. That quickly changed as consumers bought less and streamed more. Soon, most music charts followed suit.

Simply put, this decade in music is one we won’t soon forget. And with it coming to close, The Miami Hurricane thought it necessary to take a look back at the songs, artists and albums that defined it. 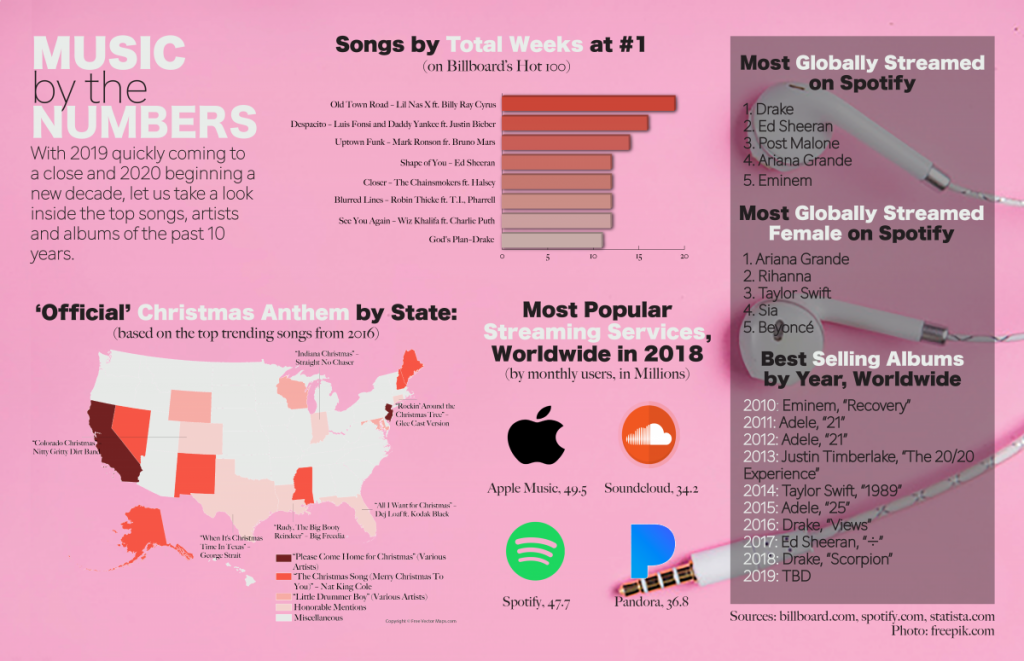 How to schedule a d*ck appointment
20 modern pop, Christmas bops you need on your holiday playlist