Hurricanes volleyball hoping to end season on a positive note

In a season filled with adversity, accomplishments and some surprises, the 2019 Hurricanes volleyball team has a lot it can learn from this season.

Miami finished its season at 10-16 (6-9 in ACC). The Canes will miss the postseason for the second consecutive season, but that didn’t stop them from using their last few games to build momentum for next season.

“We are working on talking about new things, different things so individually we are growing, as a team we are growing,” said head coach Jose “Keno” Gandara. “Just learning stuff you have to do during the season in the ACC. A lot of teams were more mature than us this year and that’s been tough.” 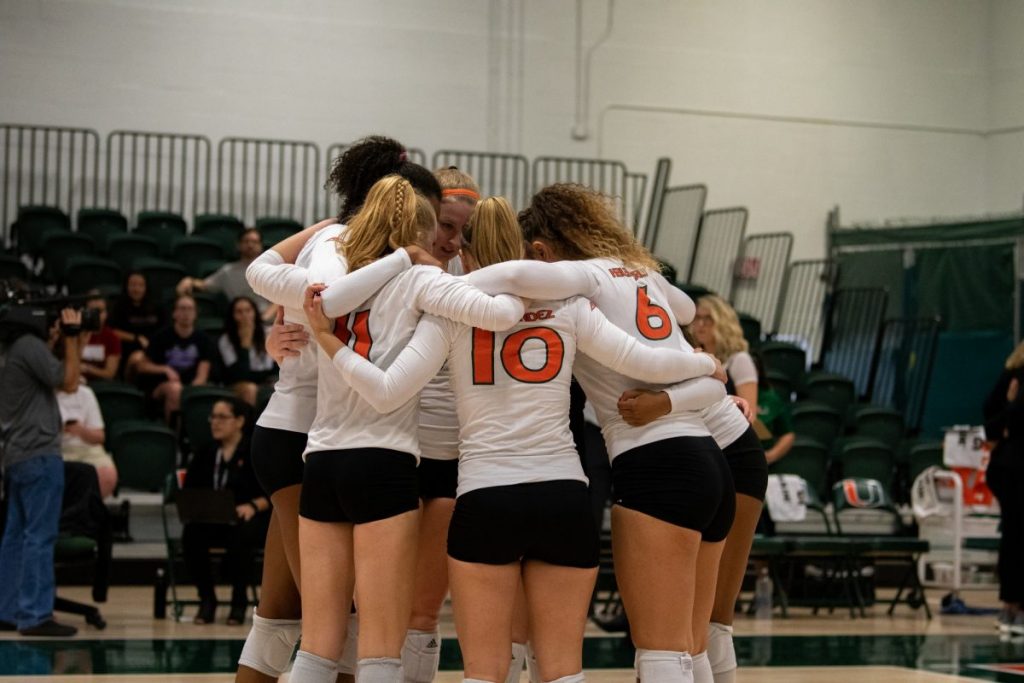 The team gets into a huddle during Friday's match versus NC State. Photo credit: Jared Lennon

Miami lost outside hitter Chloe Brown in the offseason last year when she announced that she would be transferring to Oregon State. Brown was expected to be one of Miami best players this season. Miami also lost multiple returning players to season-ending injuries, including Cameron Dobbs and Bridget Wallenberger. Gandara said it’s been tough to lose them but likes how they are contributing in other ways.

“It’s always tough to see them going through that, but they have been unbelievable. They are working really hard on their task, which is recovery. They are ahead of schedule,” Gandara said. “They’ve been a big part by how much they support and how much they are learning from the sidelines. They just been a great addition by subtraction. We lost them as players, but they have been a really good support group for the freshman.” 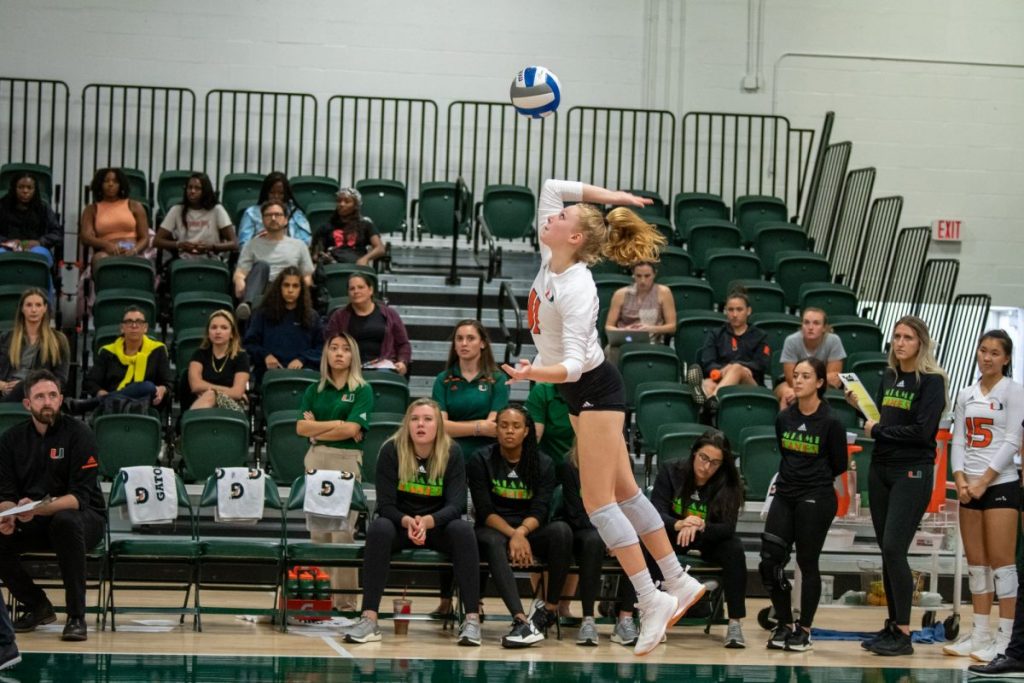 These injuries have forced Miami to rely on a slew of freshmen this season. The freshmen have shown tremendous growth as the season has progressed, most notably leading Miami to a victory over Syracuse. However, the lack of experience has hurt the team overall.

“They are young players that are learning fast and they have to learn in the heat of the battle,” Gandara said. “I think the jump from high school to college is a big jump and they have done a pretty good job managing it.”

Freshman outside hitter Kennedy Prince has played well for Miami in her first season with the team. She has a total of 265 kills this season, including a career high 18 kills against Auburn earlier this season. Prince believes that she and her fellow freshman teammates have learned a lot from this season that will help them for next season.

“We are a pretty young team, so I feel like we are going to grow a lot,” Prince said. “I think we can be better next year because of the experience we got this year.”

The season did bring some accomplishment for Miami. Gandara moved into second place on Miami’s all-time wins list after a win over Wake Forest earlier in the season and freshman setter Savannah Vach was named ACC freshman of the week late in September. Prince finished the season ranked second place for most kills by a freshman in Miami history.

Miami hopes the experience it gains from this season, plus getting some key players back from injuries, will help the Canes return to the postseason next year.