Home » Bicyclists complain about lack of infrastructure at UM

Bicyclists complain about lack of infrastructure at UM

Several students have been complaining about the lack of a bike-friendly space at the UM Coral Gables Campus.

“I almost f**king hit a squirrel,” said Bhargavi Pochi, a junior majoring in ecosystem science and policy and public health, who regularly rides her bike around campus and Miami.

Since 2012, UM has been recognized by the League of American Bicyclists as a Bicycle Friendly University, receiving the bronze award for their efforts, the lowest metal. According to the BFU criteria, the bronze award entails the following characteristics: 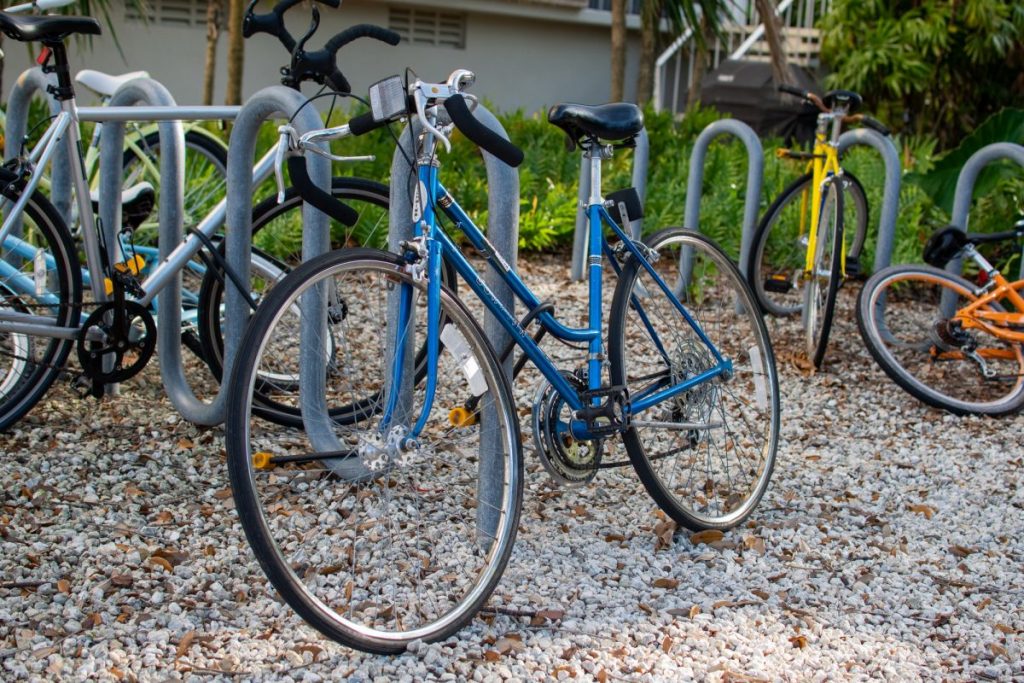 “May not necessarily feel very welcoming. These colleges and universities may only have a couple bike lanes in place and few opportunities for bicycling events. However, important steps are being taken in all five E’s [Engineering, Education, Encouragement, Enforcement, Evaluation & Planning] but particularly in one or two Es. For example, a university might have several cycling instructors that give regular cycling skill classes, and there is great bike parking at all major destinations.”

According to Lluvia Resendiz, the university’s Department of Parking and Transportation mobility manager, UM is working diligently on improving their status with the League of American Bicyclists.

“Our goal is always to look at what the results are and take some of the recommendations that the ALB provides as a term of improving our ranking from bronze to silver which is our next goal,” she said. “One of the programs that we had in mind was the bike share program that would definitely not only support our campus community but also help us in improving to silver.”

Regardless of the university’s standing with the ALB, Pochi, a member of the UM bike club, does not believe that the campus is safe for bikers. “I don’t agree with the fact that UM advertises this campus as bike friendly when it really isn’t. The infrastructure doesn’t really support bike-ability,” she said.

She cites the unstable bricks near the sidewalks of the Frost School of Music that often affect students who bike, walk, and skateboard through as a major problem on campus.

“If you’re riding a road bike, which has really thin tires, it is a lot easier to get impacted by these infrastructure issues,” said Pochi. An avid bicyclist, she believes that UM’s campus favors pedestrians.

A frequent complaint cited by bicyclists is the absence of enough bike racks for the volume of bikes on campus.

“Often times I find myself locking my bike to railings, which is putting my bike in danger,” said Pochi.

Sydney Knapp, a senior majoring in international studies and Spanish, agreed with the deficit of bike racks within the UM community. “There is frequent struggle to find a bike rack. Especially by [the Hecht] Athletic [Center]”, said Knapp, a D-1 swimmer for the university.

“We [athletes] often get our bikes locked up by UMPD which is very annoying, but there is nowhere else to put the bikes,” she said.

Resendiz spoke about the lack of bike racks, an issue which she has personally seen passing sidewalks that are full and messy with scattered bikes.

Knapp is also concerned about the lack of coexistence between footers and wheelers. “People need to be a little more conscious of where they walk because often times people will walk right in the path of bikers or skateboarders,” she said.

Another student, Trevor Robhon, a sophomore majoring in biomedical engineering, is not a biker, but is affected by the lack of bikeability on campus. On the pedestrian end of the duality, he feels that there is a lack of infrastructural support to house both parties.

“I’ve ran into bikers several times while I was walking and not paying attention,” Robhon said. “It’s not their fault because there literally isn’t room for the both of us at the same time.”

Repair stations and pumpus in poor shape are another problem for bicyclists, junior Bradley Lewandowski explained.

Resendiz addressed this issue that her office is currently trying to tackle.

“We are working towards putting together a committee that could talk about bike repairs on campus,” she said. “It is a conversation we’re having since I brought it up with our liaisons.” P&T will work further on this project once they find a group of university stakeholders to identify that there is a need for bike repairs on campus.

The Student Government liaison for P&T, Godard Solomon, said that his team has been working with the parking and transportation office to ease life for bicyclists.

Solomon is working with the Office of P&T on projects that include adding more bike repair stations, some of which have been implemented in the UV.

The junior majoring in political science and public administration is a bicyclist himself and is currently working passionately for a cause that affects him too.

“I bike from my house to campus, park at the law school, and then walk for the rest of my day. There’s no point in even biking through campus because there’s literally no space to navigate,” said Solomon.

Student Government is working with administration to get the university from bronze to silver bike-ability, which would entail the campus feeling “welcoming to bikes but there is still usually work to be done in two or three of the Es to undergird the bicycling culture and opportunities.

Solomon reported that they are looking into adding more bike racks on campus and possibly some covered bike racks as well.

“It takes a lot of planning that goes into the actual paths and taking the pedestrians into consideration and all of that,” said Resendiz, the P&T representative. “Creating a bike-ability community is not something that happens overnight.”