Home » 15 Christmas songs to take you back in time

15 Christmas songs to take you back in time

The holidays are all about tradition, and this playlist is all about putting you in a classic, happy mood. From timeless voices to jazzy arrangements, these songs are sure to bring nostalgia to life.

While not a Christmas song per-se, Billie Holiday’s crooning about the snow and the wind are enough to remind you of the holiday season. This sweet lullaby reminds us of the emotionality of Christmas– that it’s the company that makes the holidays special.

You can’t make a “Christmas classics” playlist without Bing Crosby. His voice and the sound of his Christmas albums are tradition personified. From its first play at the beginning of December, this song never fails to bring a smile to my face.

While it may be a lesser-known version, it is undeniably one of the best renditions of this classic Christmas song. Neville’s soulful vocals and swinging rhythm make this tune one you want to sway to and never stop.

Etta James is to Jazz as Bing Crosby is to Christmas. Her soul is on display for all to hear in everything she sings. The “At Last” singer defines “Winter Wonderland” in her own raw, emotional way without taking away from the song’s original lighthearted nature.

“A Charlie Brown Christmas” has been played in nearly every American household since its release in 1965, and its soundtrack is as timeless as its characters. The Vince Guaraldi Trio created a sound that will immediately bring back your fondest childhood memories

While “The Little Drummer Boy” is the favorite Christmas carol of Angela from “The Office,” she would likely not approve of Earth, Wind and Fire’s funky cover. It may be a bit out of place on this playlist, but its 70s originality deserved a spot.

Despite his being in his 40s, Michael Bublé exudes a soul as old as Frank Sinatra’s. If his voice isn’t perfect for jazz and Christmas, I don’t know whose is.

Ella goes hand in hand with Etta, her soulful voice bringing a fullness to an otherwise carefree song. She makes this children’s Christmas song sophisticated enough to remind us of a 1960’s night on the town.

11. “Have Yourself a Merry Little Christmas” – Frank Sinatra

Sinatra is probably the first name to come to mind when you think “jazz.” So naturally, his smooth voice fits the fits Christmas season perfectly. Close your eyes and imagine hearing these songs over the radio with a cup of hot chocolate in your hands, enjoying the time with the family.

A fan-favorite non-traditional song, Eartha Kitt’s “Santa Baby” throws a comedic wrench in the traditional sentimentality of the holidays. Where number one and three on this list emphasize the opposite, “Santa Baby” is a tongue-in-cheek highlight of the fun of putting together an extravagant wish list.

Another fun alternative to the more straight-backed holiday songs, Louis Armstrong’s “Zat You, Santa Claus?” is one of the lesser-known songs on this list. This swinging tune celebrates St. Nick in a lighthearted way that is guaranteed to bring a smile to your face.

I know this song is controversial, even eliciting a re-write from John Legend this year, but this article, which defended the song and offered some historical context, piqued my interest in the conversation. After reading, I think it is safe to say “Baby, It’s Cold Outside” is a cute song, and Ray Charles’ rendition definitely earned its spot on this list.

This slowed-down version of this class song elicits a calming feeling that makes you want to swing and sway. Ray Charles’ raspy and emotional vocals give listeners the feeling that he’s singing just for them.

Click here for the full playlist, and happy holidays! 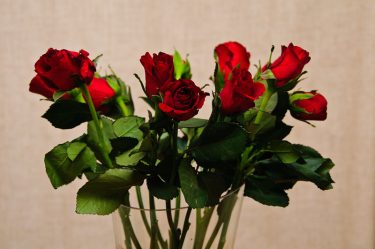 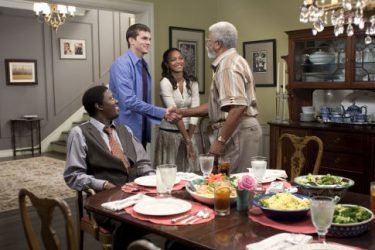