Miami (4-1) opened the tournament with a thrilling comeback victory over the North Carolina A&T Aggies, 68-67, on Nov. 22.

Miami entered the fourth quarter trailing 48-44 and found themselves down six with 1:25 seconds left to play. After one made free throw from junior guard Mykea Gray and two from redshirt senior Beatrice Mompremier, Miami got a steal with 34 seconds left and called a timeout. Out of the timeout, Miami got the ball to Mompremier, who was fouled on a lay-up attempt. Down two points with 23 seconds to go, Mompremier missed the second free throw that would have tied the game, but freshman forward Moulayna Johnson Sidi Baba grab a big offensive rebound and found a wide-open Gray in the corner for the game-winning three-pointer. Junior Kelsey Marshall stopped the Aggies last-second attempt by blocking one shot and grabbing the game-sealing steal. 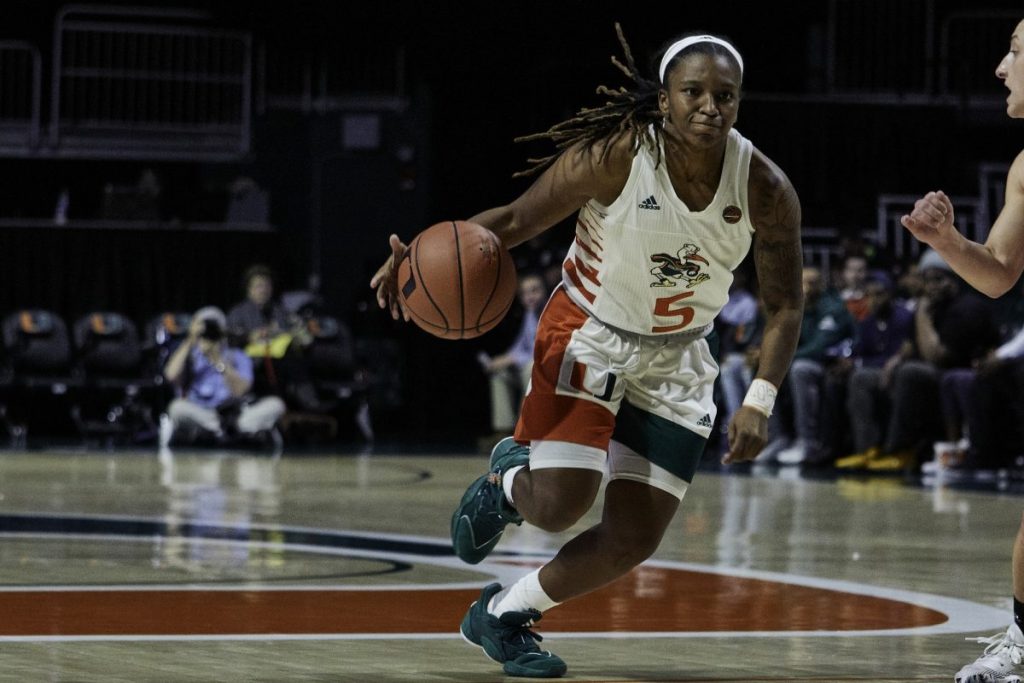 With the win, Miami advanced to the championship game on Nov. 23, where they lost 89-83 in a hard-fought game against the No. 16 DePaul University Blue Demons (4-1).

In Miami’s first loss of the season, Mompremier scored a career-high 31 points on 12 of 17 shooting and grabbed 18 rebounds for her third double-double of the season. Mompremier is also the first 30-point scorer for Miami since 2015.

The first half was a back and forth battle, with both teams trading the lead throughout, but no team able to maintain a lead larger than four points. The game was tied at 41 going into halftime.

DePaul went on a 14-5 run to start the third quarter and took a 55-49 lead. After being down nine, Miami put together a run of their own, scoring seven straight points to take a 56-55 lead with 3:43 seconds left to play in the third quarter. DePaul responded, scoring the last eight points of the quarter to take a six-point lead into the fourth.

Trialing for most of the fourth, Miami tried to pull off another late-game comeback and managed to cut the lead to four with 38 seconds left, but some clutch free-throw shooting from the Blue Demons helped them seal the victory. DePaul hit 17 three-pointers in the game.

Mompremier and Marshall, who finished with 22 points, were both named to the Maggie Dixon Classic All-Tournament Team.

The Hurricanes will return home on Nov. 29 when they host the No. 7 ranked Oregon State in the Miami Thanksgiving Tournament.