The Miami men’s basketball team traveled to Charleston, South Carolina this weekend to take part in the Charleston Classic from Nov. 21-24.

The Hurricanes defeated the Missouri State Bears 74-70 in the quarterfinals on Nov. 21 behind a career-high 25 points from senior guard DJ Vasiljevic.

The first half was a back and forth battle until the eight-minute mark, when Miami went on 22-14 run. Junior guard Chris Lykes scored five straight points and Vasiljevic hit back-to-back three-pointers for Miami to help the Canes take a 38-30 halftime lead.

Miami came out strong to start the second half and went on a 26-13 run to take an 18-point lead with 10 minutes left in the game. The Bears responded with a 12-0 run to cut the lead to six and they would eventually cut the lead to two with about 1.2 seconds left, but two clutch free throws from Vasiljevic sealed the win for Miami.

Miami shot 43 percent from the field and 40 percent from three-point range. Vasiljevic led all scorers with his 25 points on 9-of-13 shooting. Redshirt junior Kameron McGusty scored 12 of his 19 points in the second half for the Canes. Lykes and Rodney Miller also added 11 and eight respectively.

With the win, Miami advanced to the semifinal round, where they lost to in-state rival Florida 78-58 on Nov. 22.

Against Florida, Miami used an early 7-0 run to jump out to a 14-8 lead in the first half, propelling the Gators head coach to take an early 30-second timeout. The Gators responded with a 20-2 run, taking a 28-16 lead with 7:42 remaining in the first half. After only scoring two points in five minutes of play, Lykes helped Miami’s offense get back on track by scoring seven of their last 17 points of the half. McGusty closed out the half with a three-pointer at the buzzer to cut the Gators lead to 38-33.

Miami used the momentum from the first half buzzer-beater to get off to a strong start in the second half. The Canes tied the game at 45 after Lykes made a three-pointer. After being tied at 45, Miami went on another scoring drought, scoring only four points over five minutes of play. The Gators then went on a 19-4 run during this time to take a 64-49 lead. Miami wasn’t able to overcome this lead as they were outscored 40-25 and shot just 33.3 percent from the field in the second half. 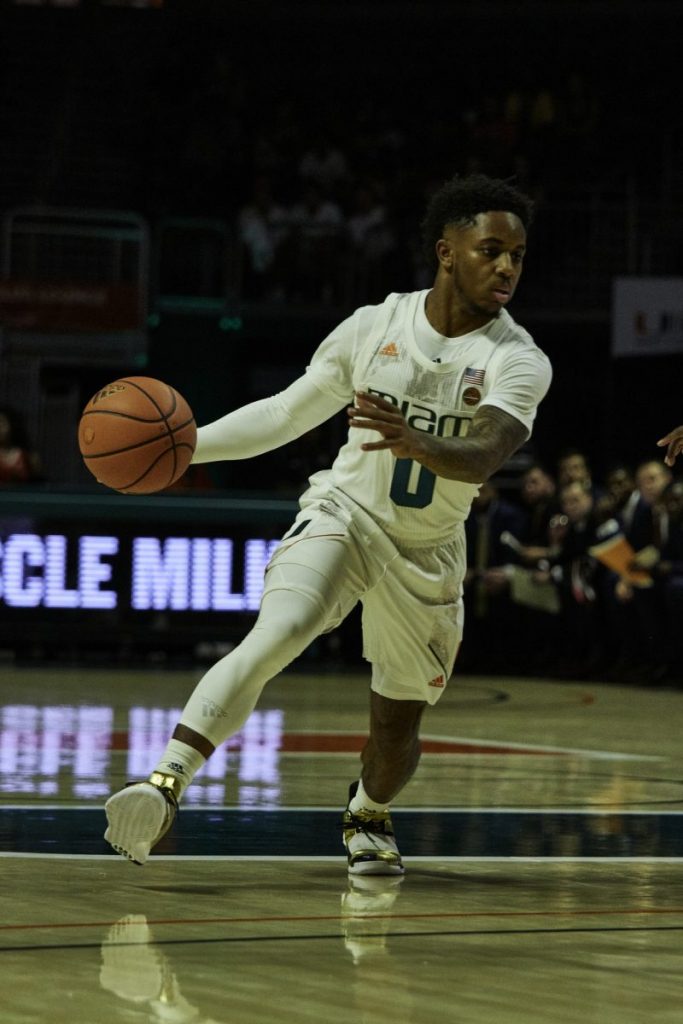 After having a day off, Miami ended the tournament with an 80-55 loss to the University of Connecticut Huskies in the third-place consolation game on Nov. 24.

The Hurricanes kept the game close for most of the first half, but the Huskies ended the half on an 11-2 run to take a 36-27 halftime lead. Miami shot 44 percent from the field in the first half while the Huskies shot 51.7 percent. Lykes led Miami with seven points.

Miami will return home on Dec. 7 to take on the University of Illinois at the Watsco Center.