This year marks the 60th anniversary of allCanes, a store that holds a special place in many Hurricanes’ fans’ hearts.

In 1959, a small general sporting goods store known as allSports was founded. Located on Ponce de Leon right by Mark Light Field, the shop contained a variety of sporting goods, from tennis rackets to classic Keds.

Sixty years later, the shop still stands, selling to multiple generations of Miami Hurricanes for decades. Renamed allCanes in 2004, the store has established itself as an essential part of the University of Miami community and a tradition among fans across the nation. 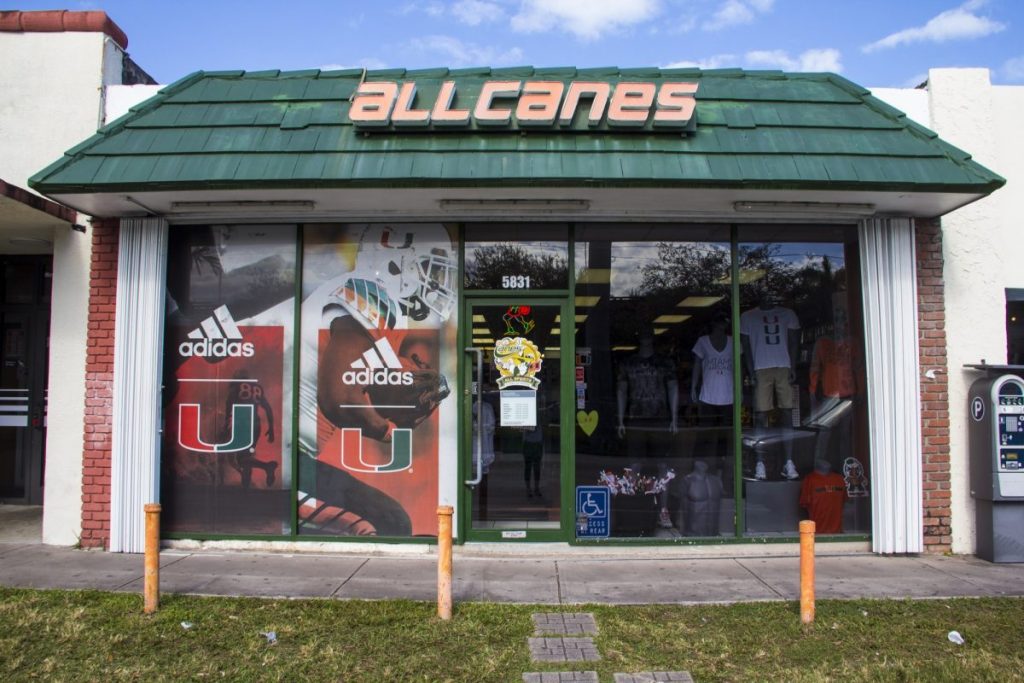 Today, allCanes is a mecca for everything UM. Walking in, you can find great Miami football moments playing on their television and the walls lined with Hurricanes memorabilia and merchandise.

allCanes prides itself on not only being a store, but a beloved tradition, said Harry Rothwell, manager of allCanes since 1991.

Many Canes, whether past or present, consider the shop an essential part of the UM experience. “It’s a comfort to come into a place that has been there for so long,” Rothwell said.

Rothwell explained one of his favorite parts about managing the store are the people he sees and gets to know throughout the years. Many alumni pass the tradition of allCanes down, sharing it with their family.

“Still to this day it’s our annual tradition to go out and get a new Canes shirt for the whole family,” said alumni Monica Gras, who graduated in the class of 1998. 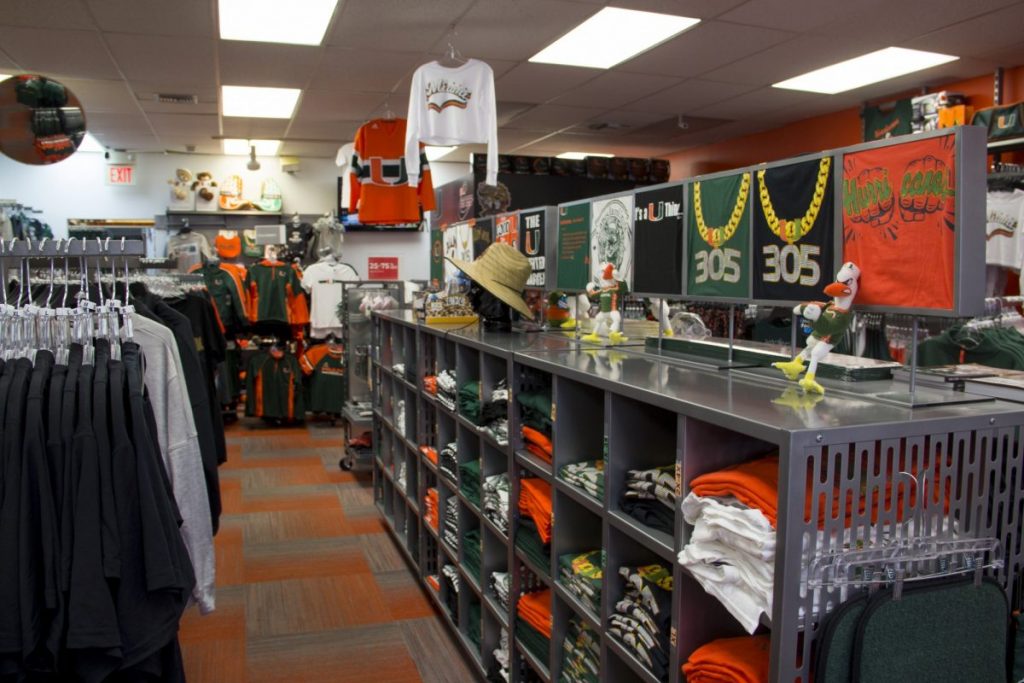 allCanes sells all kinds of Hurricanes gear, including a large selection of shirts and sweaters. Photo credit: Rohama Bruk

allCanes has had an active presence at UM, employing hundreds of students throughout the decades and sponsoring various clubs, organizations and events. Current students have the same appreciation for the store as the students before them.

“My parents took me there as a kid, and now it’s my favorite place to visit before game day,” said sophomore Sofia Lopez, majoring in biomedical engineering.

Some of the most famous Miami Hurricanes can be spotted at allCanes holding book signings, hosting events or merely shopping. Throughout the years, the shop has seen famous Canes such as Reggie Wayne, Howard Schnellenberger and former university president Donna Shalala.

Not only does allCanes impact the UM community, but the city community as well. For the past 19 years, allCanes has held a shopping spree during the Christmas season for underprivileged children. Each child receives a $95 gift card and shops alongside Miami coaches and athletic directors.

“I’m proud of the 28 years I’ve been here,” said Rothwell, “and we hope to continue for as long as possible.”

On Nov. 22, allCanes will be hosting a 60th anniversary celebration at Morgans Restaurant with MC Lamar Thomas. All fans are invited to join the party to celebrate a beloved cane tradition, 60 years in the making.