The wind ensemble version of “Disquiet” by composer Sarah Kirkland Snider will be making its world premiere by the Frost Wind Ensemble on Thursday, Nov. 21, at the Gusman Concert Hall. The ensemble, conducted by professor Robert Carnocahan, includes around 40 players ranging from freshman to doctoral students.

“It’s a wonderful piece of music,” Carnochan said. “I think once people know it’s available for wind ensemble it’s going be played by groups like ours at other major colleges around the country and possibly the world.”

Disquiet was originally written for an orchestra by composer Kirkland. The piece was transcribed from orchestral setting to the wind ensemble setting by Frost’s Doctoral in Musical Arts conducting student Jeffrey Summers.

“Disquiet is classical based but much more contemporary,” Carnochan said. “It starts and ends very quietly, hence the name, but it’s very aggressive in the middle.”

The concert will begin at 7:30 p.m. with the work of well-known Czechoslovakian composer Antonín Dvořák’s “Serenade for Wind Instruments.”

The second half of the concert will be showcasing KirkIand’s diverse musical style.

“It’s a piece that celebrates the transition into the 21st-century,” Carnochan said.

The concert is free for University of Miami students and faculty by presenting their Cane Card at the box office. The price for general admission is $20 and seniors’ tickets are $15. 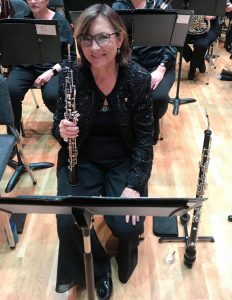