Bruce Bagley, an international studies professor at the University of Miami and resident corruption and organized crime expert, was charged with laundering about $2.5 million of Venezuelan money into his own personal American bank accounts and pocketing 10 percent, according to the U.S. State Attorney’s Office. 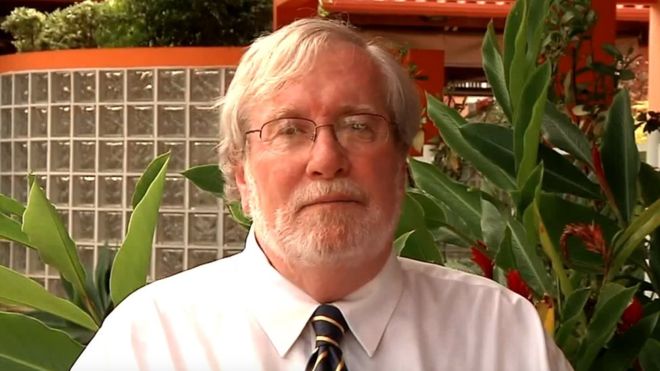 The 73-year-old was scheduled to teach classes for the remainder of this semester and all of next semester.

Though Bagley has worked on well over twenty different publications, he is best known for his work editing and contributing to the book “Drug Trafficking, Organized Crime, and Violence in the Americas Today.”

Due to his expertise in the field, Bagley has become a coveted source by journalists reporting on drug trafficking and organized crime. In fact, he has been quoted and cited by a number of different authors and publications, including the New York Times and the Washington Post

The professor allegedly “participated in a conspiracy to launder the proceeds of a Venezuelan bribery and corruption scheme into the United States,” according to the Department of Justice. If found guilty, he could serve up to 20 years in prison.

Though Bagley’s illicit bank accounts were opened in Florida, the international relations professor will be tried in New York. The money he allegedly laundered from Venezuela was stolen from Venezuelan citizens, Berman said.

Despite the high stakes, Bagley told CBS that he is “feeling just fine.”

“When I heard that, it was just such a shock because it literally went against every single thing he talked about in class,” said Isabella Aires, a senior majoring in French. Aires had previously taken a course with Bagley and was signed up to take his “Drug Trafficking in the America’s” class next spring.

“He seemed like a good person in the sense that he always talked about how he was going to South America and Latin America in a positive way,” she said.

In response to the incident the university released a statement: “The University of Miami was made aware Monday afternoon of the indictment filed against professor Bruce Bagley. In light of this development, professor Bagley is on administrative leave. As this is a personal matter in an ongoing investigation, the university has no further comment at this time.”

Correction, 5:01 p.m., Nov. 20: The article previously stated that Bruce Bagley is the chair of the international studies department. Bagley is a professor in the department but is no longer the chair. The article has been updated to reflect this change.

UM Yoga Day raises awareness surrounding mental wellness
College in the U.S. will soon cost six figures. What do we do?