In his fifth installment of his “Chixtape” series, Lanez samples popular tracks from the past such as “Can’t Let You Go” by Fabolous, “I Luv Ya Girl” by The-Dream and “Foolish” by Ashanti. However, on this project he goes above and beyond, enlisting original artists to be featured on the new tracks. Tory Lanez’s creativity not only in his lyrical ability– but also in incorporating skits, a story line, phone calls and references to the golden-era of R&B– makes this cohesive body of work a nostalgic blast from the past. 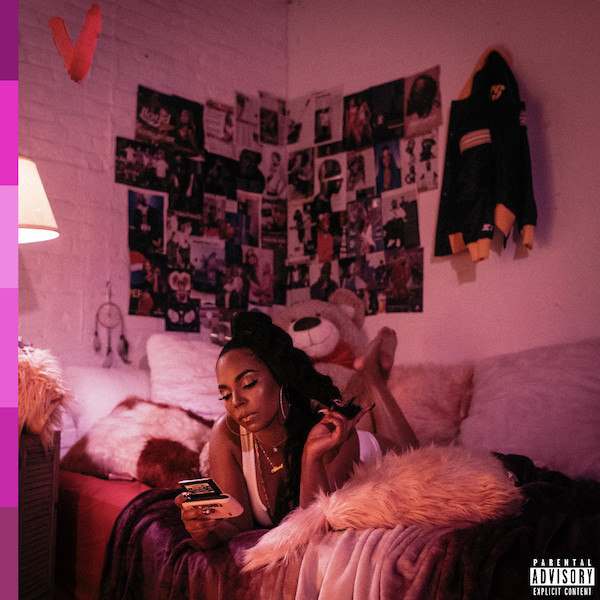 Revisiting the early 2000s has become a popular trend among artists, both new and old. Singer Normani channeled outfits from music videos’ past in her debut-single “Motivation” and singer Summer Walker incorporated samples of Usher in her debut-album, “Over It.”

The early 2000s are arguably the best era of R&B, and many of us can remember a time in our adolescence when we would watch Ashanti, Usher, Trey Songz and Chris Brown on MTV.

“I think all those pieces and everything that we’ve come out with has been all about nostalgia. I’m about to take you on a whole journey musically,” said Lanez in an interview with Billboard.

It is a journey, indeed.

The project opens up with “Jalissa’s Back! – SKIT” featuring a frustrated Jalissa ringing Lanez’s phone, just to be sent to voicemail. Her angry message starts the story of Lanez two-timing Jalissa and Leah. The other comical skits dispersed throughout the one-hour mixtape chronicle the developments, and ultimately, “Last Love Letter -SKIT” wonderfully ties the entire project together.

As for the tracks themselves, Lanez definitely proves himself to be a talented vocalist and rapper. My personal favorite tracks are “Beauty in the Benz” featuring Snoop Dogg, “Best of You” ft. MYA and “A Fool’s Tale (Running Back)” featuring Ashanti.

“I really love the album and mixtape,” said UM senior Karina Sloan of the project. “It goes back to the Tory Lanez that we heard when he first started getting big.”

While Lanez’s project is in tandem with the mixtapes he released that garnered him initial traction, Lanez seems to rely on that popular sound a bit too heavily.

Mackenzie Cummings-Grady for Popdust put it perfectly, saying “The ‘Chixtapes’ platform has been the perfect format for Lanez. It’s exactly as advertised– each of the projects offers a modern interpretation of a different era in R&B– and gives Lanez the creative liberty to expand on and flip the songs of his R&B idols without having to worry about accusations of mimicry.”

Lanez, frequently accused of imitation and plagiarism, is stuck in the past. Two of his most famous songs, “Luv” and “Say It,” both incorporate samples. Put quite frankly, utilizing skits, phone calls and old-school R&B samples has been done time-and-time again.

While the remix-style that garners him success is very much enjoyable, it would be interesting to see Lanez’s next project channel creativity into formulating his own distinct sound. Whether it be his mixtapes or his albums, Lanez’s consistency is starting to come across as uninnovative.

This is not necessarily a complaint, as the tracks in “Chixtape 5” trigger a nostalgia that R&B aficionados have come to love, but a hope for further creativity in the future is still evident.

“Chixtape 5” is more than enjoyable and will certainly be on repeat. However, for the next project Lanez drops, it is time for him to explore another sound that could grant him the legend status that the artists featured in his tape have rightfully earned.

The project is available on all streaming platforms. Spotify users can listen here.

Kameron McGusty has been a year in the making
Endia Banks scores career high 23 points, Miami holds off IUPUI