Sarah Cawthon was sitting in the Watsco Center during Canes Take Flight at fall orientation, when she first saw Iron Arrow members wearing colorful patterned jackets marching in a line with their arms crossed and faces stern. At the front of the line, one member steadily beat a drum.

Cawthon watched in shock as she saw people of many different races and ethnicities participating in what appeared to be a traditional Native American practice. Those sitting near her shared puzzled expressions and looked over to Cawthon, an outspoken Native American student, to see her reaction, Cawthon said.

It was announced before the crowd that those wearing special jackets were members of the Iron Arrow Honor Society, the highest honor one can attain at the University of Miami. 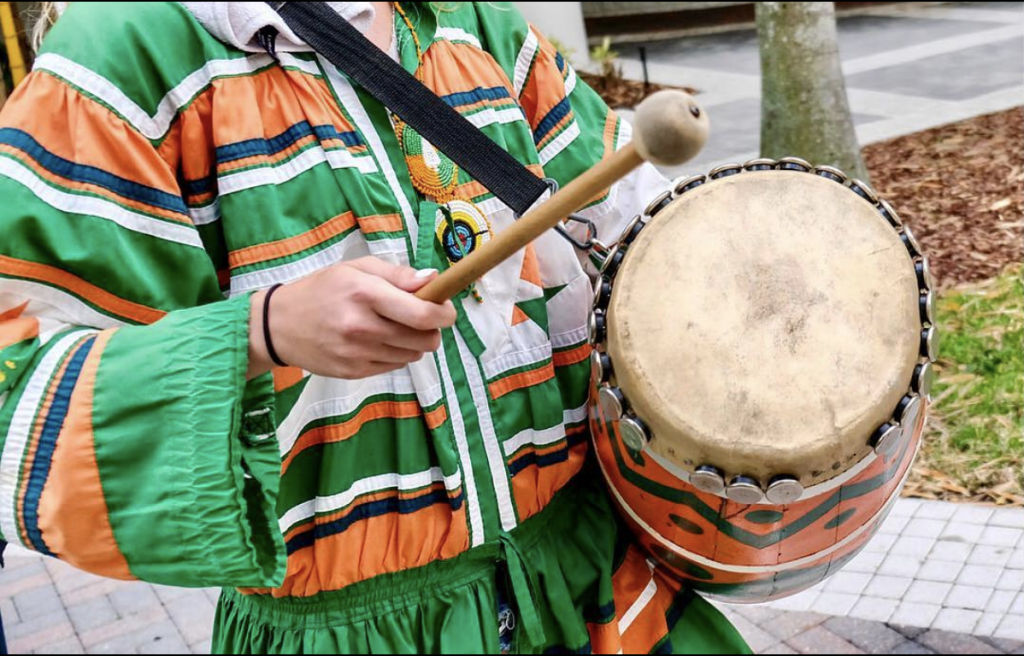 The drum that is ceremonially beat by members of Iron Arrow in accordance with Miccosukkee tradition was gifted to the society by the native tribe. Photo source: Instagram, @ironarrow

Iron Arrow, founded in 1926 by Bowman Foster Ashe in alliance with the Seminole tribe of South Florida, was created to honor those associated with UM who demonstrated love of alma mater, character, leadership, scholarship and humility. After the Miccosukee tribe of South Florida separated themselves from the Seminoles, Iron Arrow became an officially sanctioned clan of the Miccosukees. Members have been gifted traditions from the Miccosukees such as their iconic jackets and drum rituals.

Cawthon, a freshman majoring in marine affairs and ecosystem science and policy, heard about Iron Arrow from her older sister Allison Cawthon, a fifth year senior on the plus-one scholarship at UM.

When Allison Cawthon came to UM, she noticed a lack of native presence on campus and decided to start the Native American Heritage Committee her junior year of college. She had issues with Iron Arrow and reached out to its leadership to address changes she felt the honor society should make but was left with emails that went nowhere.

Allison Cawthon said she believes that despite Iron Arrow’s approval from the Miccosukee tribe, a group of non-native students using native culture should not be accepted on UM’s campus nor promoted and sponsored by the university. She explained that while Iron Arrow has permission from the Miccosukee tribe to use aspects of native culture, these symbols aren’t unique to that tribe alone. 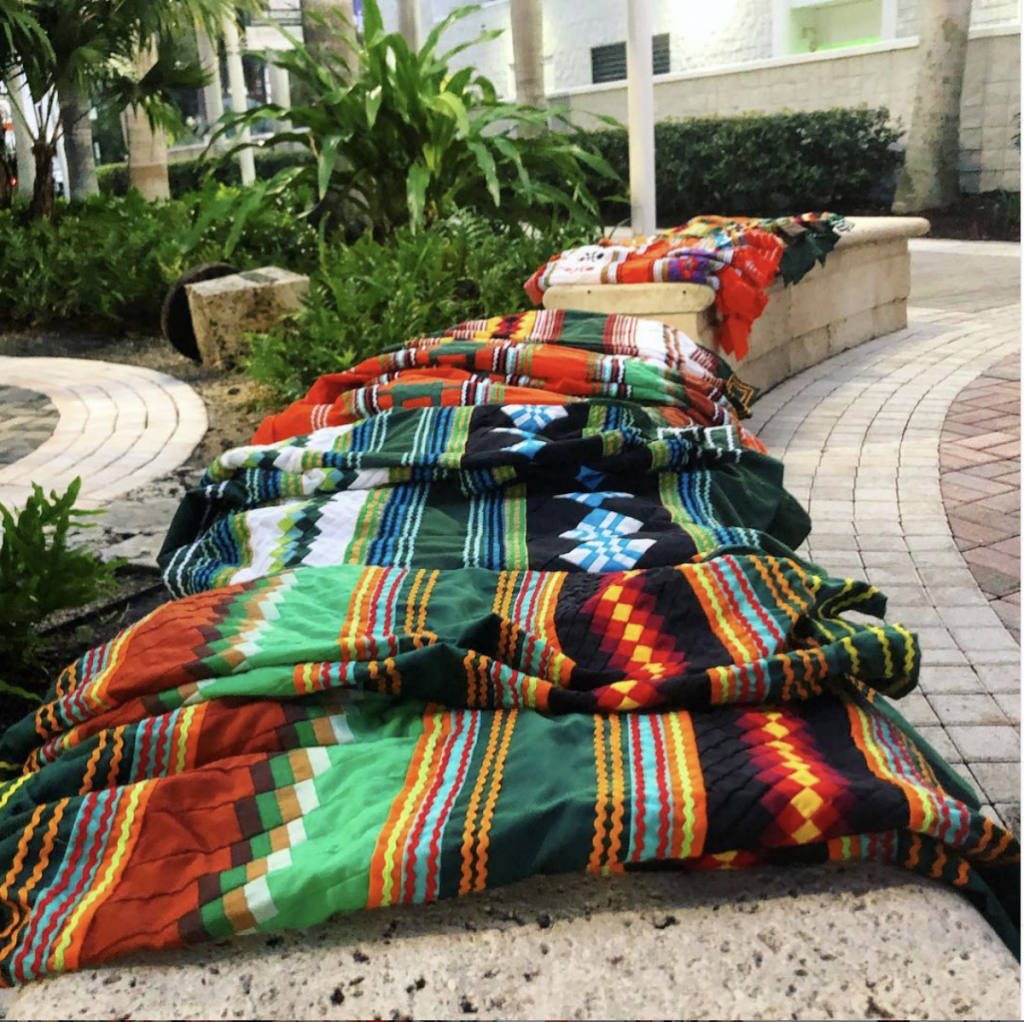 Members of Iron Arrow defend their use of Miccosukee culture, explaining that they have a liaison from the tribe who oversees and approves everything they do. In addition, members of Iron Arrow meet monthly with their Miccosukee liaison, Curtis Osceola, a UM alumnus of both the business school and law school.

The current chief of Iron Arrow, Dewayne Washington, said that claims of cultural appropriation within the honor society are “far from the truth.”

“Certain tribes might say certain things aren’t acceptable to them but every tribe is sovereign to their own ways,” said Washington, a senior majoring in finance. “As chief, nothing that I do is cultural appropriation because literally the people who we are honoring, the Miccosukee, approve of this.”

Faculty advisor of Iron Arrow, professor Winston Warrior reiterated that everything Iron Arrow does is under the permission and guidance of the Miccosukee tribe.

However, Allison Cawthon said that just because the Miccosukees approve of Iron Arrow, doesn’t mean other tribes feel the same way.

Both Allison and Sarah Cawthon remarked that they don’t have much of a problem with Iron Arrow’s jackets, as those are handmade by the Miccosukee tribal members and are given to members upon tapping purely for aesthetics. Distinguishing them from other tribal jackets, the Iron Arrow jackets feature an arrow on the collar.

One of the sisters’ main grievances is the use of Native American language within Iron Arrow, as student leaders within the tribe are given names such as chief, son-of-chief and medicine man.

“I just don’t think they earned the right to call themselves chief or medicine man when our ancestors went through so many different hardships,” Sarah Cawthon said. Allison Cawthon echoed similar thoughts.

“Calling yourself a chief when I have actual chiefs of my actual tribe is very upsetting to me,” she said. Washington and Cachay Byrd, the current medicine woman, explained that leaders within the Miccosukee tribe themselves address them with these titles.

Beyond what the sisters see as wrongful cultural practices, their bigger issue with Iron Arrow is what they perceive to be a lack of education and promotion of native issues from the honor society.

“People don’t really know what they represent, they just know it’s an honor society,” Sarah Cawthon said. “They have this big platform where they could talk about Natives.” Allison Cawthon also said she wishes Iron Arrow would be more vocal about Native culture.

“My problem is there is a complete lack of communication on campus about what their beading is, what their jackets symbolize,” said Allison Cawthon, who added that she didn’t know about the Miccosukee connection to Iron Arrow until a few years ago when she specifically sought out the information. “I think it’s causing a lot more confusion and stereotypes and negative effects on campus, and I don’t see any positives on campus.”

Both of the Cawthon sisters agree that Iron Arrow should not be able to use native symbols, traditions or ceremonies without also making a large, open effort to educate students on Iron Arrow and on native issues as a whole.

In response, Warrior voiced that some of these “macro-issues” are outside of the scope of an honor society. 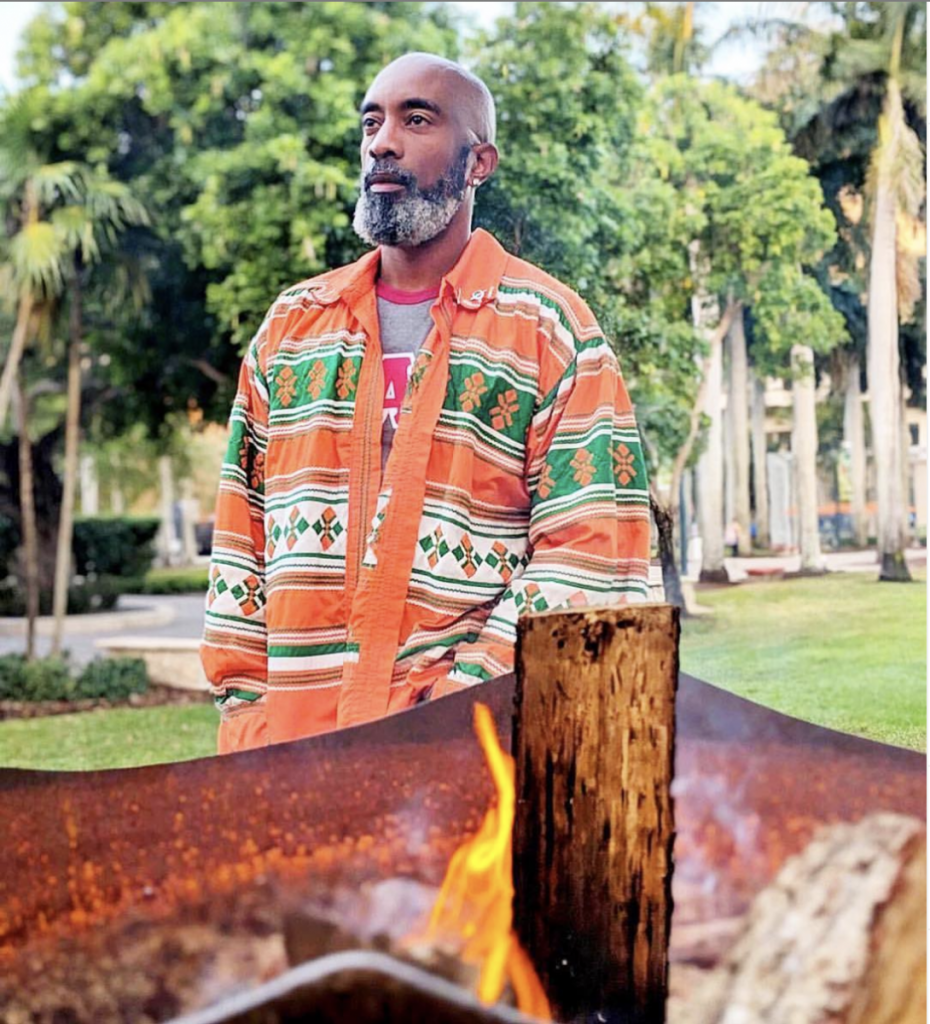 Winston Warrior, the faculty advisor of Iron Arrow, stands solemnly at The Rock during one of the tribe's ceremonial fire pit burnings. Photo source: Instagram, @ironarrow

“We have accepted this notion that we need to do a better job, of course, of being transparent and people understanding who we are,” Warrior said. “But we are a society. We’re not a student organization. So I think that needs to be understood that, you know, that is what we do.”

Byrd, a senior majoring in health science, acknowledged that while there are challenges in educating students on Iron Arrow, she thinks it will be necessary going forward.

“We really appreciated how much we were educated in just our first week after being tapped into Iron Arrow,” she said. “Just seeing how important that is and to see how the absence of information can cause some kind of controversy, we feel that’s just even more of a reason to address those things and talk about it.”

Byrd added that she is willing to open a dialogue about any concerns students may have.

“If there’s one thing that we can continue to emphasize, it’s to please ask questions,” she said.

The sisters stated that with Iron Arrow as the only visible representation of Natives on campus, this points to other larger issues at UM.

Compared to many other universities, the sisters said that UM does little to recruit Native American students and as a result, Native Americans make up less than 1 percent of undergraduate students.

“It’s only because there are so few of us that Iron Arrow is still here,” Sarah Cawthon said, explaining that there would be an uproar if this happened in another part of the U.S. where the Native population is larger.

“We are the most underrepresented minority, and the university doesn’t seem to be doing anything to further their efforts,” Allison Cawthon said.

In response, the university highlighted how UM stacks up with other peer institutions.

“The percent of Native American students is higher at the University of Miami than many of our peers,” Haller said. “Over the past three years, the acceptance rate for Native American applicants at the university has ranged from 6 percent to 12 percent higher than for all admitted applicants.”

The UM administration did not respond to questions regarding native recruitment.