Tight end Brevin Jordan has been named one of eight semi-finalists for the 2019 John Mackey Award.

The John Mackey Award recognizes college football’s most outstanding tight end each season. Kellen Winslow II, the troubled former Miami tight end who won the award in 2003, is the only Hurricane to ever win. 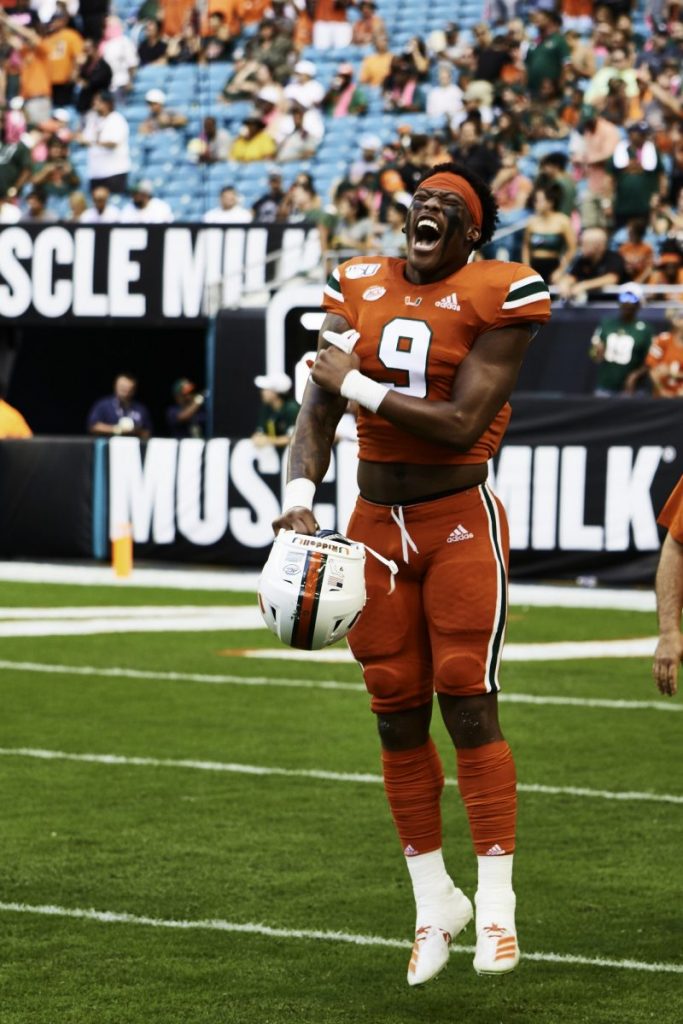 Brevin Jordan's best game this season was against Virginia Tech, where he a career-high 136 yards on seven receptions and one touchdown. Photo credit: Josh Halper

Jordan and Kolar are the only sophomores who are semi-finalists for the award.

As a freshman last year, Jordan made 11 starts and caught 32 passes for 287 yards. This season, Jordan has been one of Miami’s top receiving targets. The sophomore has caught 35 passes for 495 yards and two touchdowns this year.

Jordan missed Miami’s game against Louisville with a foot injury, but Diaz is “optimistic” the tight end will be available for this week’s game against FIU.

Jordan is yet another emerging star of “Tight End U,” the title UM was given by ESPN for producing the most talented tight ends, which include former players like Jeremy Shockey, Bubba Franks, Greg Olsen, Jimmy Graham and David Njoku.

The 2019 John Mackey award recipient will be announced Dec. 11 and presented to the winner Dec. 12 at the Home Depot College Football Red Carpet Show on ESPNU.