Home » Miami overcomes slow first half to take down Quinnipiac

Miami overcomes slow first half to take down Quinnipiac

Nothing embodied Miami’s win against Quinnipiac at the Watsco Center Saturday afternoon more than that sentiment.

Miami (3-1, 0-1) finished the first half up 29-24, with only four assists and shooting 1-11 from the 3-point line, but the Canes came storming back in the second half behind stellar shooting and a career-high tying performance from Kameron McGusty. 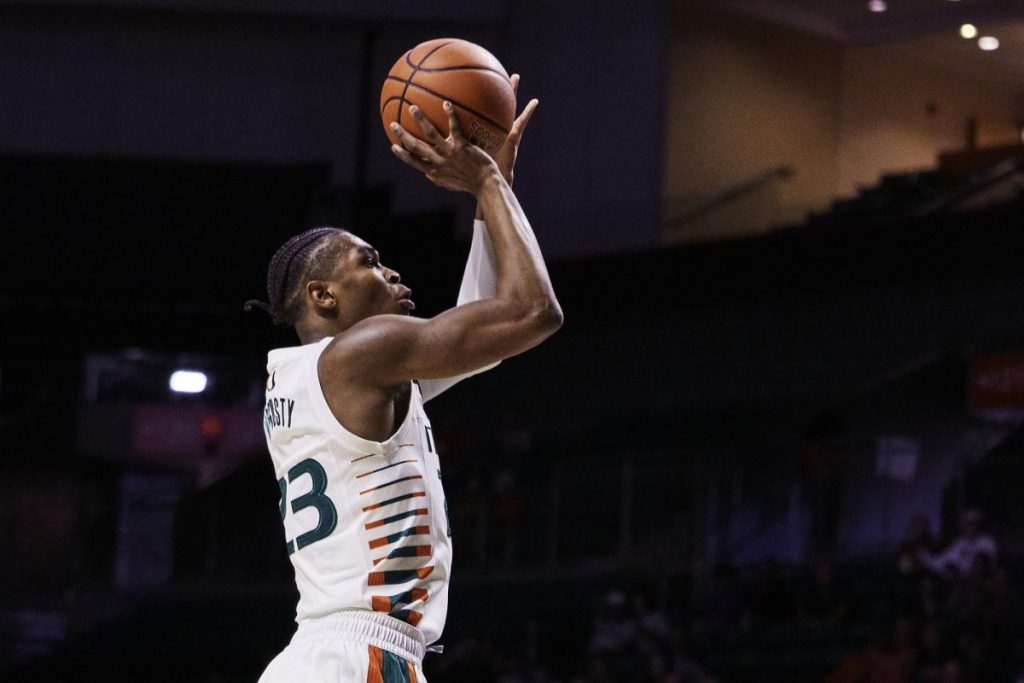 “I told the guys we were playing too tense, we’re not having fun,” senior guard DJ Vasiljevic said. “We just need to relax and I think that’s when everyone started to relax, make shots, and play together.”

With both teams shooting more than 10 threes and making less than 14 percent of them in the first half, Miami’s stagnant offense was saved only by Quinnipiac struggling from the same issues. The Bobcats finished the game shooting 5-30 from the 3-point line.

“That’s not indicative of the type of three-point shooting team they are,” said head coach Jim Larrañaga. “So the question is was it our defense or did they just have a bad day shooting? I thought our defense was good.”

Kameron McGusty finished with 22 points, with 18 of them coming in the second half. The transfer guard tied a career high in points scored, which he set when he was a sophomore at Oklahoma.

“In the locker room we all were just talking to each other,” McGusty said. “The shots are going to fall. We see each other make those shots day in and day out in practice and we see each other working on them after practice, before practice.”

Vasiljevic was held scoreless for the first half for the second game, missing all five 3-pointers he took, though he was able to contribute with seven rebounds in the first half alone. But a strong second half performance resulted in Vasiljevic recording his second career double-double. The guard finished the game with 13 points and 10 rebounds. 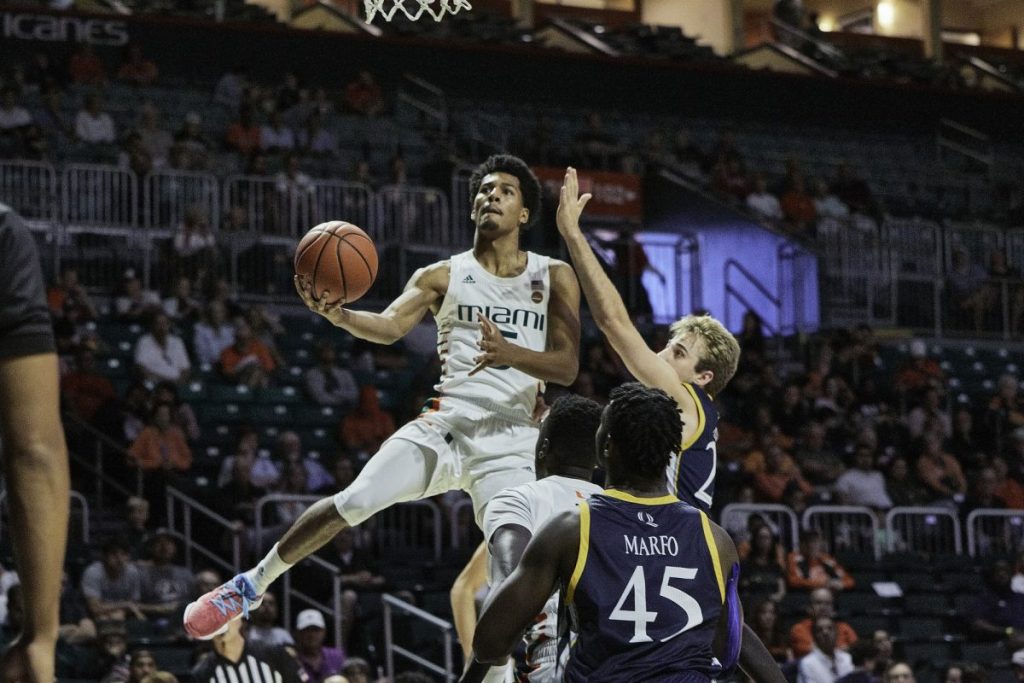 Quinnipiac held a 10-8 lead through the first six minutes of the game, but a 3-point shot from junior guard Chris Lykes gave Miami its first lead of the game at 11-10.

Miami extended its first half lead to eight when Harlond Beverly split a double-team and quickly read the defense, lobbing it to Deng Gak for a highlight reel dunk. Beverly finished the game with three assists, tying for most on the team despite coming off the bench.

Gak had four rebounds off the bench, giving size to a Miami team that won its first rebound battle of the season with 45 to Quinnipiac’s 41.

Miami’s offense exploded in the second half and the Hurricanes lead continued to grow.

“We were clearly better on both ends of the court. I though the adjustment defensively worked and the adjustment on offense worked,” Larrañaga said. “Once we got it rolling it became contagious.” 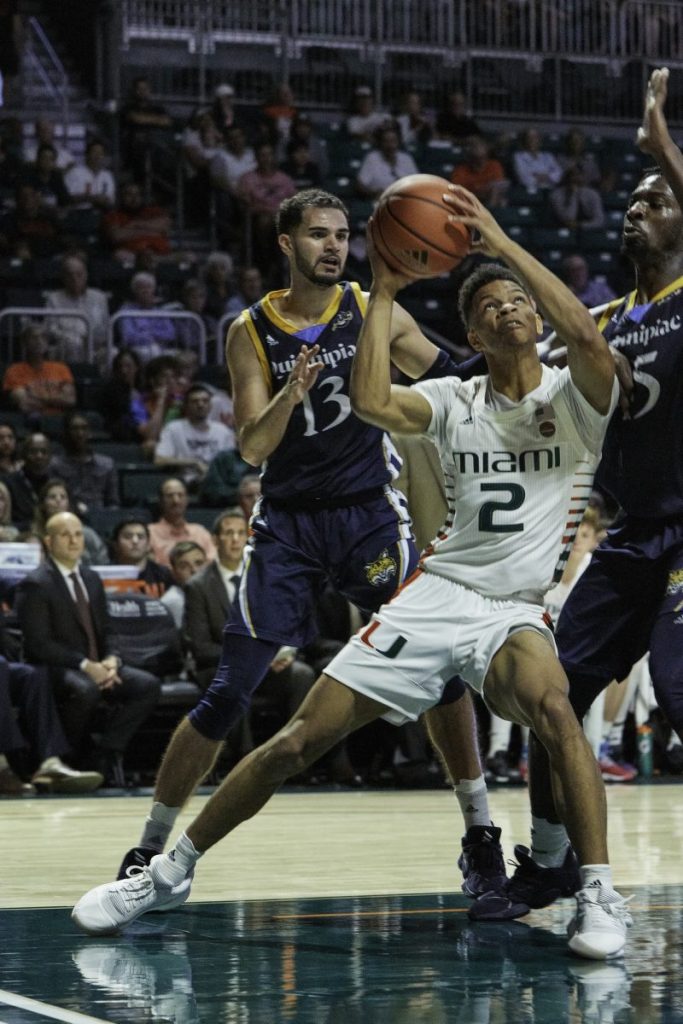 Miami will now face a long stretch of road games in the next few weeks.

“I think we’re going to have a good time both on and off the court,” Vasiljevic said.

Miami will open that stretch of games against Missouri State Nov. 21 in the Charleston Classic in Charleston, South Carolina.

‘OK, Boomer’ is a declaration of generational war
Recapping the 2010s and the so-called decline of pop music