Garrard Conley, award-winning activist and author of the memoir “Boy Erased,” visited the University of Miami Tuesday, Nov. 12, to speak out against the terrors of conversion therapy. In an event hosted by the LGBTQ+ Student Center and the English department, Conley answered questions from faculty and students regarding the memoir turned award-winning film and the struggles to self-discovery and sexuality.

Conley, a survivor of conversion therapy, said that he always likes to name and call out the center that he attended over a decade ago. An extremely conservative Baptist program that his parents enrolled him in as a teenager, Love in Action aimed to “convert” members of the LGBTQ+ community to heterosexuality.

He recalled his mother asking Love in Action what its “cure rate” was. Leaders of the organization told him it was 80%. Citing a great deal of scientific evidence, Conley noted that this was, “without a doubt, a sham.”

According to Conley, only fifteen states have banned conversion therapy. Although it sounds unfathomable to some, these type of programs still exist throughout the country today, mostly hosted by religious and conservative organizations. 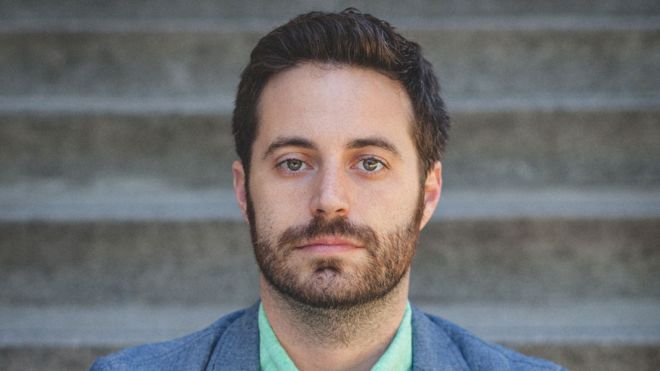 Garrard Conley, award-winning activist and author of the memoir "Boy Erased," visited the University of Miami this past Tuesday, Nov. 12, to speak out against the terrors of conversion therapy. Conley, who was forced into conversion therapy as a teenager, spoke on religion, sexuality and what he is working on now. Photo credit: COLIN BOYD SHAFER//BBC

Florida included, many states have no legislation in place to stop or even monitor conversion therapy programs. However, Miami-Dade county lawmakers have successfully put an end to the practice in the city and surrounding areas.

He went on to discuss “Boy Erased,” which was adapted to the film this past year by director Joel Edgerton. The film, starring Nicole Kidman, Russell Crowe, Lucas Hedges and Troye Sivan, went on to be nominated for several Golden Globe and Critics Choice Awards.

Conley told listeners that seeing the film for the first time made him feel sick, explaining how difficult it was to see his trauma on the big screen. However, he did note that he enjoyed being a part of writing the screenplay and that he and his mother have grown to love the film.

Despite his experiences with conversion therapy, Conley said he wanted to make sure that listeners and fans understood that he wasn’t against religion or Christianity.

“I wondered if it was possible to be Christian and gay. It seemed incompatible, until I met a lot of people who have combined these two parts,” he said. “I don’t attack Christianity; I attack bigotry.”

Conley told the UM attendees that it has been hard to regain his faith and religion, saying he does not really know where he stands on the subject anymore.

“My number one relationship was with God, until around the age of 17 when God was used as a weapon against me,” he said. “You don’t want someone to feel like the mention of God or Jesus could set their skin on fire, but unfortunately that’s where I was at for a long time.”

Conley added that he “doesn’t want to just be another sad story” and gave advice to anyone struggling with their sexuality.

He made sure to tell listeners that the lead male preacher at Love in Action now lives with a husband in Texas. Conley joked about how he is happy for him, but he also needs to keep his space because that’s just “too much happening at once for him to see on his Facebook feed.”

In overcoming the trauma he has gone through, Conley said that it is not always easy to live in a city doing activist work because many people do not comprehend how difficult it still is for small town LGBTQ+ youth to come out and be themselves.

“I’ll go into a Brooklyn queer party, and it’s hard because you feel like all of these people only want to celebrate. They never want to hear your pain,” he said. “Also, sometimes you get so tired of doing the activist work. You see ignorant people not crying or feeling any emotion over someone’s sad story and the same anger comes back again.”

Conley also added that in order for our country and the whole LGBTQ+ community to combat conversion therapy, more people need to discuss the topic publicly.

“Other people need to come forward and tell their story. Everyone knows mine now,” he said. I don’t know who to pass the torch to. My experience was not as bad as many other people’s.”

Conley currently lives in New York City with his husband and has finally regained strong relationships with both of his parents. He wants people to know that his past might be rough, but his future is happy.

As for what’s next for Conley, he’s writing a novel this time around. He mentioned that he’s trying to be “epic” and hopefully we will see his newest book in stores soon.

This short talk is not the last time Conley will be out-and-about at the U. According to a July tweet, he will be joining the the M.F.A. program as a professor of practice, teaching a fiction workshop.

How Thanksgiving break will be my saving grace from weeks of stress
‘OK, Boomer’ is a declaration of generational war