In front of 4,017 young fans at the Watsco Center on Elementary School Day, Miami never trailed after the first two minutes Wednesday and pulled away in the second half to take down the North Florida Ospreys 78-55. 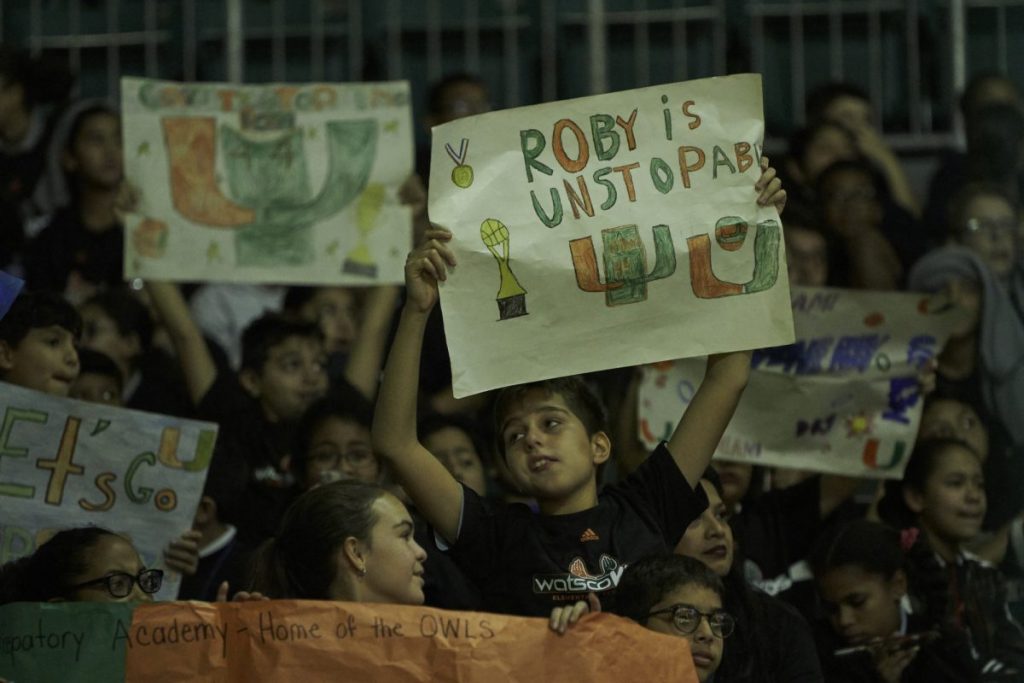 For the past six years, local elementary school students have been invited to cheer on the Canes and participate in a variety of in-game activities. Over the last four years, more than 16,000 students have participated in the event.

“There was emotion from the kids, the teams, coaching staffs,” Hurricanes coach Katie Meier said. “But it was all positive. It makes you love what you do. It was a fun day today.”

The No. 17 ranked Canes (2-0) held advantages up and down the stat sheet to get the win. Miami boasted a 40-31 rebound advantage, scored 32 bench points to North Florida’s 17, and had 16 points on fast break opportunities while allowing just six in the same category.

Junior Kelsey Marshall and Preseason ACC Player of the Year Beatrice Mompremier led all scorers with 16 points each. Marshall’s four 3-pointers were best among all scorers, while Mompremier, a redshirt senior, also added two baskets from beyond the arc. 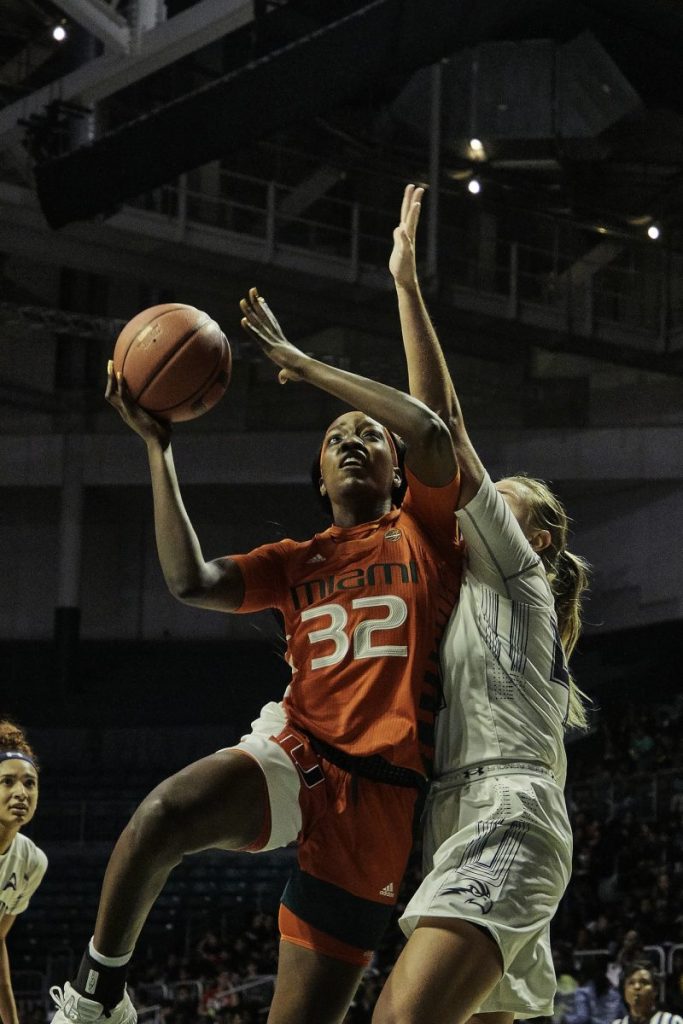 “My team is just good at setting me up by coming off of screens,” Marshall said, also crediting Meier’s play calling for her points Wednesday.

A complete team effort, Miami was supported by a good overall performance from its freshman class, with Sydnee Roby, Brianna Jackson, Yasmeen Chang and Moulayna Johnson Sidi Baba combining for 24 total points and 14 rebounds, including Jackson’s team-high six in that department.

“They’re a major role for us,” Marshall said on the newcomers. “They come with the same amount of energy that the starters come with, and they execute everything really well.” 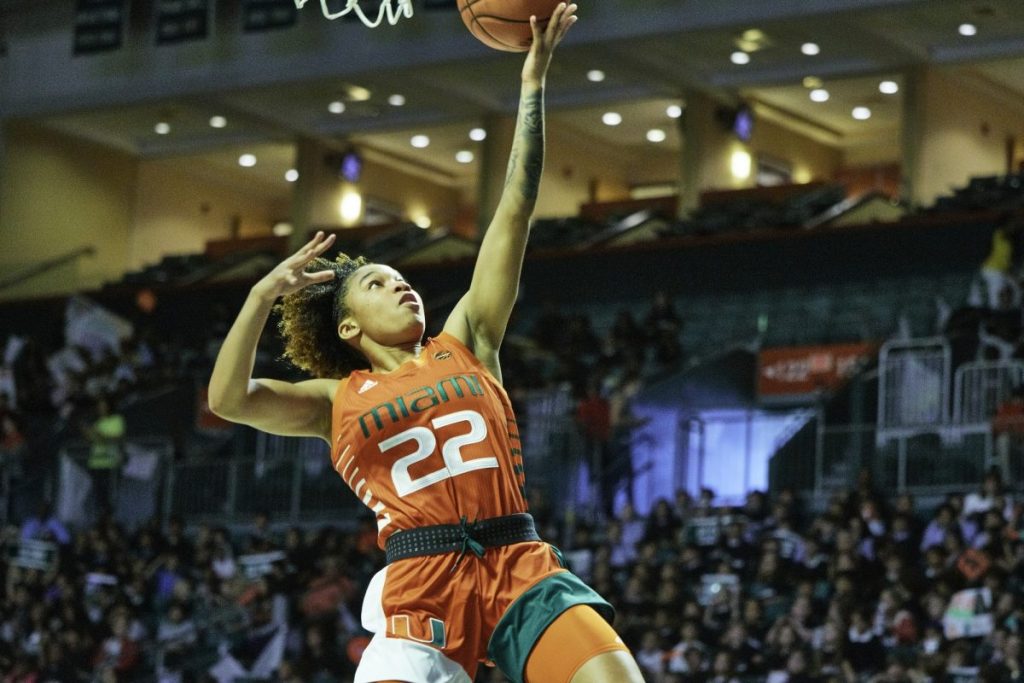 “When you send them in with a purpose, they’ve been doing that purpose for us,” Meier said.

Alexis Gordon led the Ospreys in points with 13, while Jazz Bond’s eight rebounds were best among the North Florida players.

Even on her team’s relatively straightforward road to victory Wednesday, coach Katie Meier sees plenty of room for improvement.

“I was in a stubborn contest with the team, and eventually I’m going to win that. I like players with a spine, I like players that ask why, I don’t mind that,” Meier said.

The Canes opened up to a 25-14 lead as the first quarter clock expired, even as North Florida attempted to slow Miami down by mixing in a 2-3 zone defense.

The end of the quarter came as Miami was going on a 16-2 extended run that ate up 5:14 in the first and second quarters to take a 15-point lead, their largest of the first half.

North Florida responded by cutting the lead to 34-26 at the half as the Hurricanes scored just five points in the final eight minutes of the second quarter.

However, Miami outscored the visiting team by 15 in the second half and quickly put the game largely out of reach. Miami lead by as much as 33 in the final minutes of the contest.

Ospreys head coach Darrick Gibbs spent a decade under coach Meier as an assistant at UM before taking the head coaching job at North Florida in 2015. Meier remains close with Gibbs and his family and lauded the job he’s done with his program.

“During the game, I couldn’t have cared less; I was coaching my team. But prior to the game and after the game, he’s got my heart. He’s family,” Meier said.

The Canes are next in action Sunday against IUPUI at the Watsco Center at 1 p.m.