Mike Huzior and Chelsea Lovell kicked off Homecoming Week with a victory, winning king and queen of the 2019 Homecoming Court. Huzior and Lovell both performed spirited dances that had the audience on their feet cheering.

Lovell, representing the Sunsations Dance team, describes her participation in the Pageant as “so much fun” and as an experience she had looked forward to since her freshman year. After “working really hard and wanting [it for so long], winning queen was an amazing feeling,” said Lovell, a senior majoring in electronic media.

With her experience producing Pulse for UMTV, interning for athletic video production and being president of the Society of Professional Journalists, Lovell said she hopes to one day be a host or reporter for an entertainment news source. 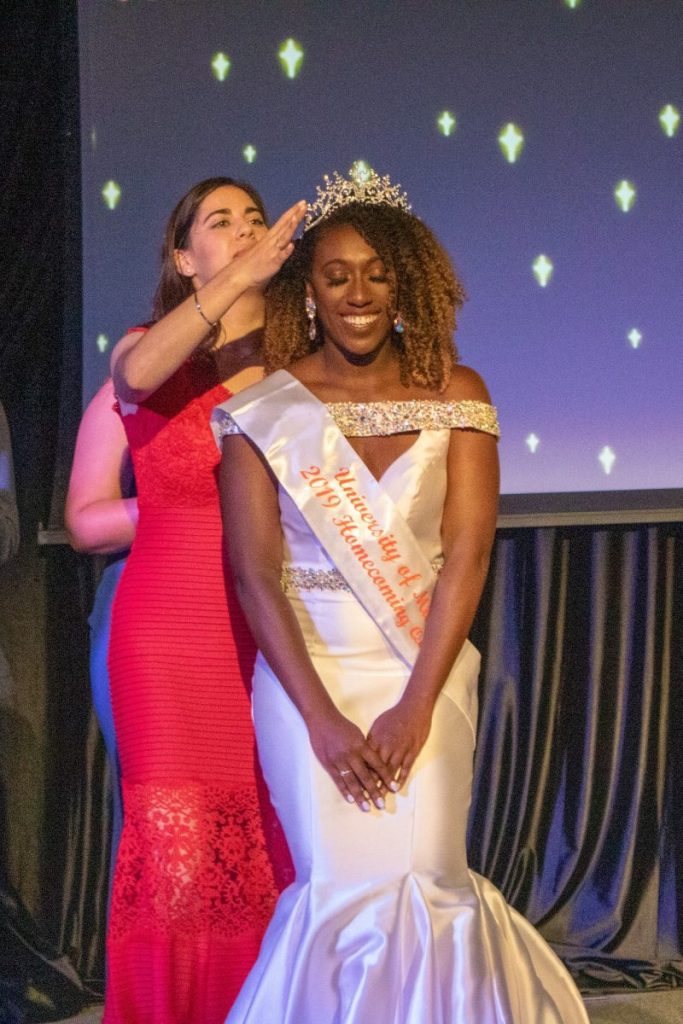 Lovell also said she wants to leave a legacy as a supporter of Canes football and basketball as well as being an active leader in the UM community.

Huzior, a senior majoring in microbiology and immunology, represented Federación de Estudiantes Cubanos, which he described as a community where “it doesn’t matter what race or ethnic background you come from.”

The FEC community loudly and proudly cheered for Huzior as he performed Tom Holland’s internet sensation lip-sync battle of “Umbrella.” After rehearsing for multiple times a week to deliver a show-stopping performance, he “felt an adrenaline rush that lasted the entire show.” He described being “star-struck” when the homecoming committee announced his victory, believing that all of his fellow contestants were more deserving of the crown. 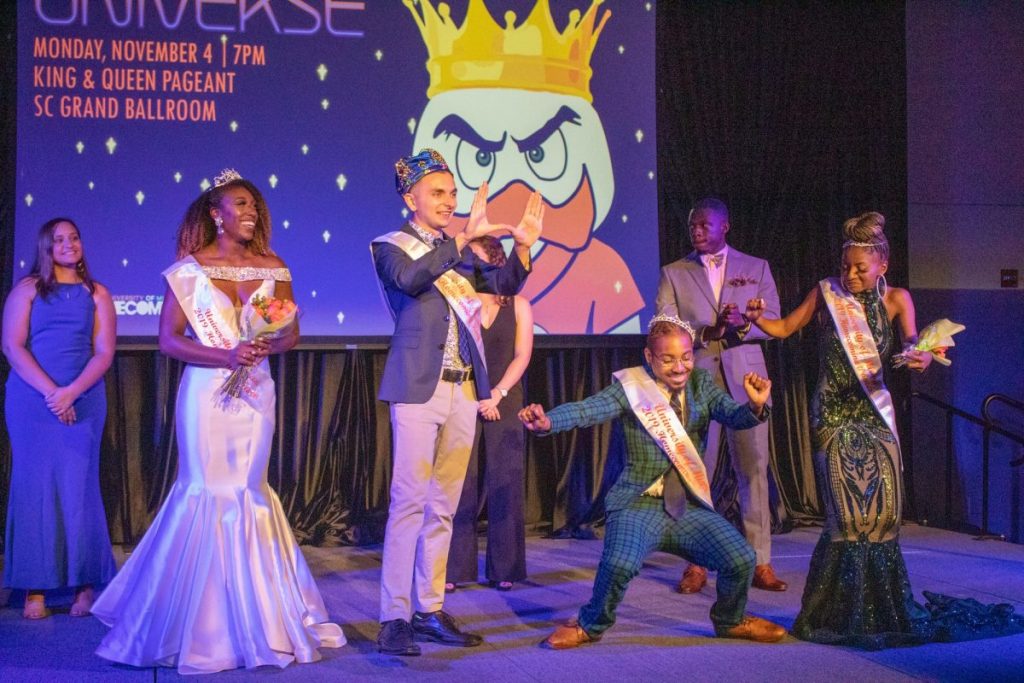 Huzior’s legacy on campus will embody his motto “facta non verba,” or deeds not words. As president of the medical fraternity, Phi Delta Epsilon, and with his involvement in Miami International Outreach, Camp Kesem, P100 and COPE, Huzior has a passion for direct action and impacting his community. He said he believes that being a Cane means stepping out of one’s comfort zone and taking every opportunity to make a change in the world.