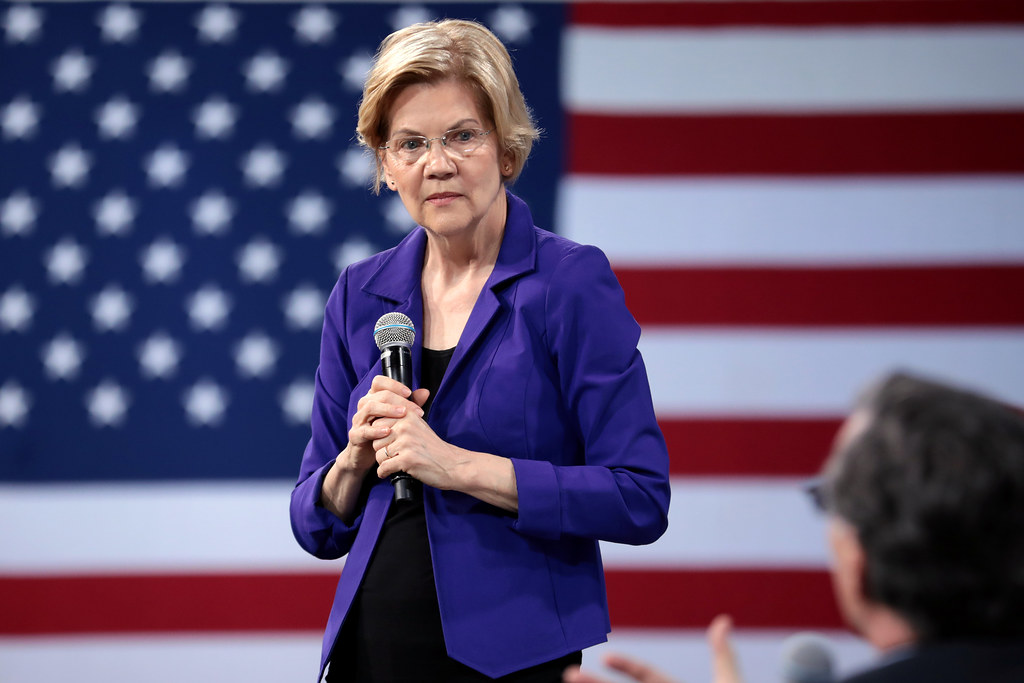 As the stock market roars to yet another record, the thought of a certain senator from Massachusetts occupying the Oval Office sends terror through Wall Street.

Over the past few months, Senator Elizabeth Warren has surged to frontrunner status in the 2020 Democratic Primary. But not everyone is thrilled about the prospects of a Warren administration. In the business community, there is a broad consensus that a Warren presidency would be disastrous.

Wealth taxes, bans on stock buybacks and nationalized health care are just a few of Senator Warren’s proposals that send shivers down the spines of Wall Street investors.

But, it is not only Warren’s policy proposals that frighten the business community, but it is also her unapologetic war against capitalism and what she calls the “billionaire class.”

However, Warren’s rise has much less to do with America’s disdain for particular wealthy individuals as it does with America’s increasingly negative views toward capitalism.

For decades capitalism and America were synonymous. Generations of Americans grew up believing that America became the most prosperous nation in human history because of the free market, not in spite of it.

Today, America’s views on economics have shifted dramatically. According to a Pew Research poll conducted in June 2019, 42 percent of Americans have a favorable view of socialism making it the highest support for socialism since the poll’s conception.

Warren believes she can ride this anti-capitalist wave all the way to the White House. Just as Reagan lead an era of free-market economics in the 1980s, Warren hopes to shift America in the opposite direction.

Warren points to a number of issues that she says are caused by business greed and can be solved by government intervention.

But what Senator Warren, who promises “structural change” if elected, fails to admit is that government alone has never fixed America’s biggest problems.

In fact, it is business, not the government, that is the greatest change agent in America today.

Drug companies working to cure disease and car manufacturers producing electric cars are just as important in terms of advancing society as government policies are.

Demonizing the business community may be effective at campaign stops and on Democratic debate stages, but it is a disastrous way to lead a country. And it is no less alienating than the polarizing tactics being used by the current president.

If America really wants to solve the big challenges that face our country, its citizens should support a government and business partnership, not the divisive politics that Warren’s campaign is built on.

David Gordon is a sophomore majoring in business.