Without a doubt, 2019 has been a huge year for female rap. For the first time in a long time, the year’s top hits were saturated with those of female artists– and not just Nicki Minaj and Cardi B. Lizzo, Megan Thee Stallion, City Girls and Saweetie, among others, dominated the music scene.

After growing in popularity over the past few years, American rapper, singer and songwriter Doja Cat finally released her sophomore album “Hot Pink.” Released by Kemosabe/RCA Records and produced by Doja herself, alongside Tyson Trax and Yeti Beats, this full-length album proves why she deserves to have her name among 2019’s other breakout artists. 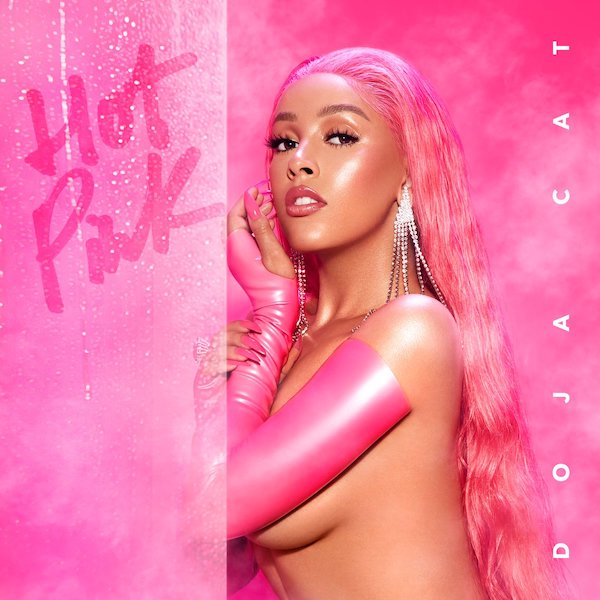 Gone is the overuse of autotune and sometimes overly-cartoonish rap that the performer presented on her debut album “Amala.” The best parts of “Amala” are still active on “Hot Pink,” however, with the L.A. rapper dishing out sex-positive lyrics and beats that are equally as catchy as they are groovy.

On opening track “Cybersex,” Doja Cat offers some of the her smoothest vocals, tempting her lover to “get freaky on camera.” With the combination of synth-beat trap and a whisper-like hook, it wouldn’t be surprising for this track to be Doja’s next hit.

The next few songs on the album are a slew of hard-hitting, clever bops from the rapper that show why audiences fell in love with the rapper in the first place. The humor that her past hits like “Tia Tamera” and “Mooo!” possessed is definitely still in tact.

“Bite” and “Rules” somehow manage to maintain an equal level of raunchiness and confidence that make the tracks come off electric. On “Bottom Bitch,” which features a sample from popular rock band blink-182, she brings back some of the vocal production tricks that her day one fans know and love.

A stand out on this project, “Say So,” is next in line on the tracklist. Giving herself a chance to showcase her vocals, she croons through the hook of the song. No need to worry though, as she still managed to throw in a powerful and sexy rap verse later in the song, commanding her partner to stop “beating around the bush” and that they’ve clearly “never been impressed like this.”

A surprise feature on the album, “Like That” brings rapper Gucci Mane onboard for the ride. While not quite as impressive as the earliest tracks, it still has the type of catchy beat that’s perfect for the dancefloor. In a similar style, the song “Addiction” employs seventies disco to make listeners want to move their bodies yet again.

Doja cat slows things down for the next several tracks. With a more R&B approach and SZA-like vocals, songs like “Streets” and “Better Than Me” are reminders that, although humorous and outlandish at times, her talent still shines when stripped down.

To close out the 12-track project, the rapper uses debatably her largest hit to date, “Juicy.” An anthem entirely about her impressive and voluptuous booty, Doja and “Taste” rapper Tyga praise the female body in a self-written love letter to herself. “Juicy” is like one big thirst trap, with an infectious and fruity taste that personifies her brand.

With the versatility to so easily switch back and forth between equally as impressive vocals and rap verses, Doja Cat delivers one of the best hip-hop/R&B albums of the year. It shouldn’t be long before the incoming princess of hip hop starts taking over the charts.