Miami to face Louisville in last home game of season

The Hurricanes will play for the last time at Hard Rock Stadium against Louisville. Not only does the team aim to finish the season on a high note, but there is also added motivation because it is Senior Day.

“It means a lot to us, those older guys… the leadership, everything they’ve done for us and the program, it’s emotional for them and for all of us really, cause we love our seniors,” said quarterback Jarren Williams. “We’re going to give everything we got, it’s a big day for the seniors.” 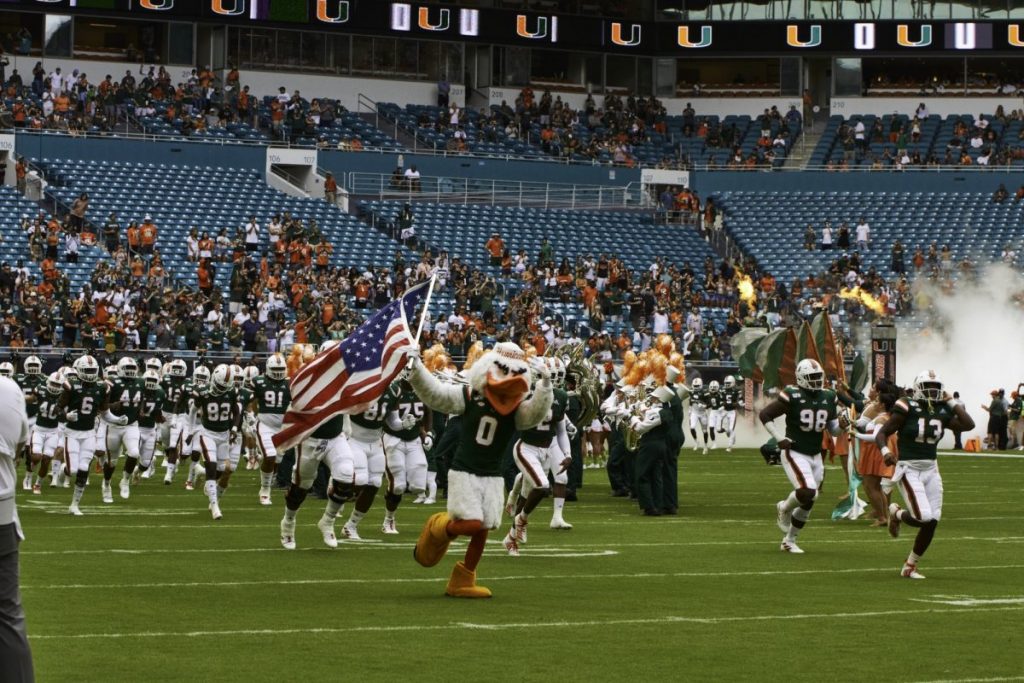 The Hurricanes will play at Hard Rock Stadium for the last time this season. Photo credit: Josh Halper

Emotions will flow as 14 Hurricanes run through the smoke for the final time, including linebackers Michael Pinckney and Shaq Quarterman.

“It is odd this year because it happens so early in the calendar, but I think it shows you how quickly this all goes,” head coach Manny Diaz said. “In a blink of an eye you get dropped off as a freshman and than all of a sudden your running out for the last time as a senior.”

As for the matchup, in early October Louisville handed Wake Forest their only loss of the season, and the team has shown its ability to put up points. The Cardinals are averaging 32.75 points per game, but the Hurricanes defense has clicked recently, holding their opponent to 12 or less points in three of their last four games.

“We’re playing a team that we have a lot of respect for in Louisville, but there’s a lot of things going on that we should be highly motivated to play on Saturday,” Diaz said.

On the other side of the ball, quarterback Jarren Williams has noticed the speed of Louisville’s defensive play.

“Defensively, they are a very fast team, they fly to the ball,” Williams said.

Louisville’s defense has six interceptions and 18 sacks this season.

But the Hurricanes seem to be playing their best football of the year and are on a two game win streak.

Something important to keep an eye on is the health of tight end Brevin Jordan, who has been listed as a game-time decision, according to Diaz. Jordan leads the Hurricanes offense with 495 receiving yards.

Although Saturday is the Hurricanes final home game, their season is not over just yet. Miami has a game against FIU Nov. 23 and trip to Duke Nov. 30.

Kickoff is set for 3:30 p.m. at Hard Rock Stadium. The game will be televised on ESPN2.